Interview Where Chefs Eat for Under $25

Where do chefs head when they’re off the clock? We posed the question, they delivered.

It’s all well and good chasing bookings at destination restaurants and strapping in for multi-course tasting menus, but good food doesn’t have to mean waitlists or triple-figure bills. We asked some local chefs to share their favourite spots to visit or dishes to eat for under $25. And whether they work at bars, cafés, fine diners, udon restaurants or pop-ups, the theme was consistent: WA delivers. 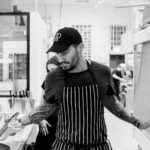 Jesse Blake, formerly chef at Petition and Double Rainbow, has returned to Perth after a stint in Dubai, most recently running Middle Eastern-inspired pop-up Eye Heart Rabbit, and he’s been discovering Perth’s food scene all over again. For lunch, Blake joins the line at Chez Jean-Claude Patisserie in Subiaco for their La Parisienne baguettes. “They’re ridiculous, very thin, long and crisp,” he says.“They’ve nailed the filling-to-bread ratio – I go for either curry chicken or chicken avocado.”

Blake’s regular weeknight haunt for Thai street food, meanwhile, is Ma Kin in Crawley, where he recommends the signature beef khao soi, the pad krapow and their fried chicken wings. For laksa and char kway teow, meanwhile, he heads to modern Malaysian eatery KCH in North Perth, where he also says the Grandma’s meat roll is “crazy good”.

Lastly, Wines of While might be known for their drinks, but it’s the small plates that keep Blake coming back. “I’ll go there solely for the white beans and the best sourdough in Perth,” he says. 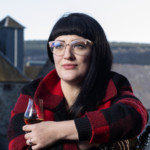 Known as the jaffle master at Foxtrot Unicorn, Jessica Arnott is a big fan of both Mr Bun and People’s Inn Dumpling House in the city. “My pick at Mr Bun is the pickle beef noodle soup,” she says. “It’s a huge bowl of spicy, sour broth, with super-soft braised beef, pickles and thick handmade belt noodles that are chewy and delicious. I can never eat it all but I always get a ‘Chinese burger’ on the side, which is a pan-fried bun with pulled braised beef”.

“People’s Inn Dumpling House is my go-to for lazy noodle dinners. Their dumplings are tasty but pretty basic; the real winner here is their dry noodles,” says Arnott. “I always get the Sichuan hot and spicy, which has minced beef, pickles and chilli oil coating slippery wheat noodles. They’re so full of flavour and really bloody hot. The dan dan noodles are also a big winner here.”

Arnott recently moved to Innaloo and the place that’s been a pleasant surprise is Chucky’s Lebanese Grill. “It’s a weird combo of Lebanese and a peri-peri chicken place that just works,” she says. “Go for the chicken roll. It’s a lovely soft flatbread with all the usual kebab trimmings, but the addition of tangy marinated chicken, Lebanese pickles and their homemade sauces really set it apart. Make sure you get their garlic and chilli sauces on everything.” 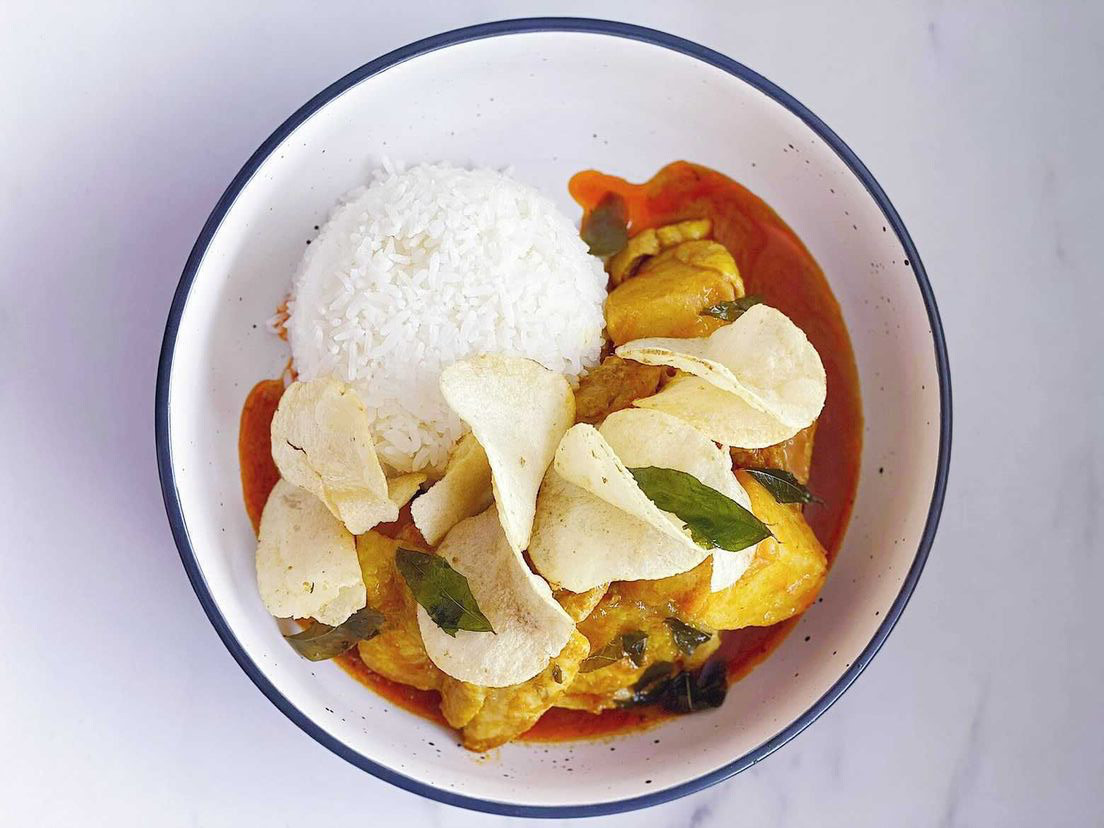 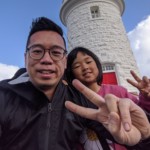 Brian Kong, chef of newly opened Forklore cafe in West Perth (from the team behind Tbsp Bayswater), recommends the dan dan noodles at 806 Noodle House in Victoria Park. (“And their fried chicken is pretty awesome too,” he says.) On his days off, he likes to take his family out to yum cha at Canton Lane in Belmont. 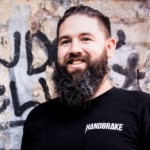 On late nights after a long service Chase Weber, executive chef of The Standard, The Royal and Fleur, can be found in Northbridge at either Billy Lee’s – an institution for Cantonese cuisine – or Express Kebabs at the top end of William Street for what he calls the best kebab and chips in Perth. If it’s not there, you’ll find him at the front bar of Galaxy Lounge, a karaoke club. “It has a killer late-night menu, and I usually go for the dim sum,” he says.

On his days off, Weber might unwind at Canteen Pizza, especially on Mondays when oyster whisperer Jerry Fraser is shucking from 4pm (grab a half-dozen for $18). He’ll also hit up Sumiya Gin for traditional Japanese charcoal barbecue or grab a share plate or two at Mummucc’ or Si Paradiso. 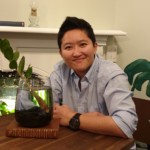 Dao Thanasothorn, chef of Northbridge’s Baan Baan, often goes to Nao Japanese Ramen and Tak Chee House for lunch. Her go-to order at Nao is the spicy ramen chashu with green spinach noodles, while at Tak Chee, she can’t go past the Hainanese chicken rice or char kway teow. Dao’s favourite haunt for dinner? Kiri Japanese in Shenton Park. “It does one of the best karaage chickens in Perth,” she says. 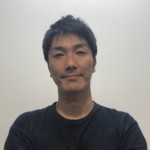 Daisuke Hiramatsu, founder and udon master at Perth’s first udon noodle house Hifumiya, is consistently impressed by the eggplant sugo at Francoforte Spaghetti Bar and heads to S&T Thai Cafe in Northbridge for their guay teaw loog chin moo sod. “It has a very traditional taste,” he says. For burgers, Hiramatsu recommends Yes Please Perth, while for something healthy, it has to be the broccoli salad at Petition Kitchen. 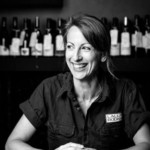 On Haynes’s days off, she likes to spend her time at Mummucc’ or Madalena’s, where sardines are top of her list. Her pick at Madalenas is the barbecued Albany sardines with parsley and capers for $16. At Mummucc’? “I could go every day for the Albany sardine toasts with whipped bottarga and pickled shallots, or the West Coast octopus arrosticini with ’nduja oil and fennel pollen,” she says.

A big fan of sandwiches, Haynes loves the smoked ham and piccalilli or Reuben from Modus Coffee in Mt Lawley, while her pick for Perth’s best banh mi is Bibra Lake Lunch Bar. “I can’t go past the roasted pork belly, it has pork crackle crumbs sprinkled over the top, and judging by the fact that there’s always a line, the secret’s out,” she says. “They also do a delicious fried chicken, which they call CFC – they’re $3 each and they always throw in a few extra, which can be dangerous.”

One of Haynes’s more recent finds, meanwhile, is The Beach House in Alimos. “It’s a fair drive away, but the food is definitely worth it,” she says. “There are plenty of small or medium items under the $25-dollar mark, but you can’t go past the Moreton bay bugs for $22.” 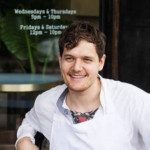 Le Rebelle sous-chef James Cole-Bowen cites Nao Japanese Ramen as his favourite ramen spot, where his usual order is the tsukemen or the shoyu with extra noodles. His pro tip? “Always add the pork oil”.

For something different, he goes to Poppo, a little place on Barrack Street with a good mix of Korean and Japanese dishes. “I usually order bibimbap or get sushi and put kimchi on it – which is probably frowned upon, but I do it anyway,” he says. Another go-to is Toastface Grillah where he likes to head for an Ol Faithful (with smoked ham, cheddar and sweet pickle) and an iced long black. For late night? It has to be U & I Cafe. “Being open 24/7 I’m sure everybody has ended here at some point of a night out,” he says. “I pretty much only order the bun bo hue and am never disappointed.” 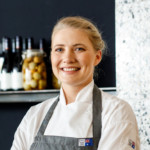 Over in the west end of Fremantle, Emily Jones, chef of urban distillery and bar Republic of Fremantle, raves about Palace Patisserie inside Fremantle Markets, which specialises in traditional savoury and sweet Turkish pastries. “They make everything from scratch in front of you and the customer service is amazing – every time I’ve visited, I’ve been offered a cup of Turkish tea while I wait,” she says. “My favourite things to eat are the Ottoman borek with spinach and feta and the knafeh.”

For Jones, High on 55 is the place to grab a Penang laksa for lunch. “You can also buy a small laksa broth for $3 if you’re not too hungry, or in my case have a crusty loaf of bread to dip into it when you bring it back to work.”

Kitchen Inn Express at Waterford Plaza, meanwhile, is another favourite lunch spot. “It’s a great place to grab noodles with friends, and for $7.50 you can have hand-pulled noodles kolo mee (with barbecue pork, pork mince and spring onion), plus their roti canai is a flavour bomb.” Jones also follows Munchy Machine, a food truck specialising in soul food, and tries to visit for their fried chicken and mac ’n’ cheese whenever they’re close by. 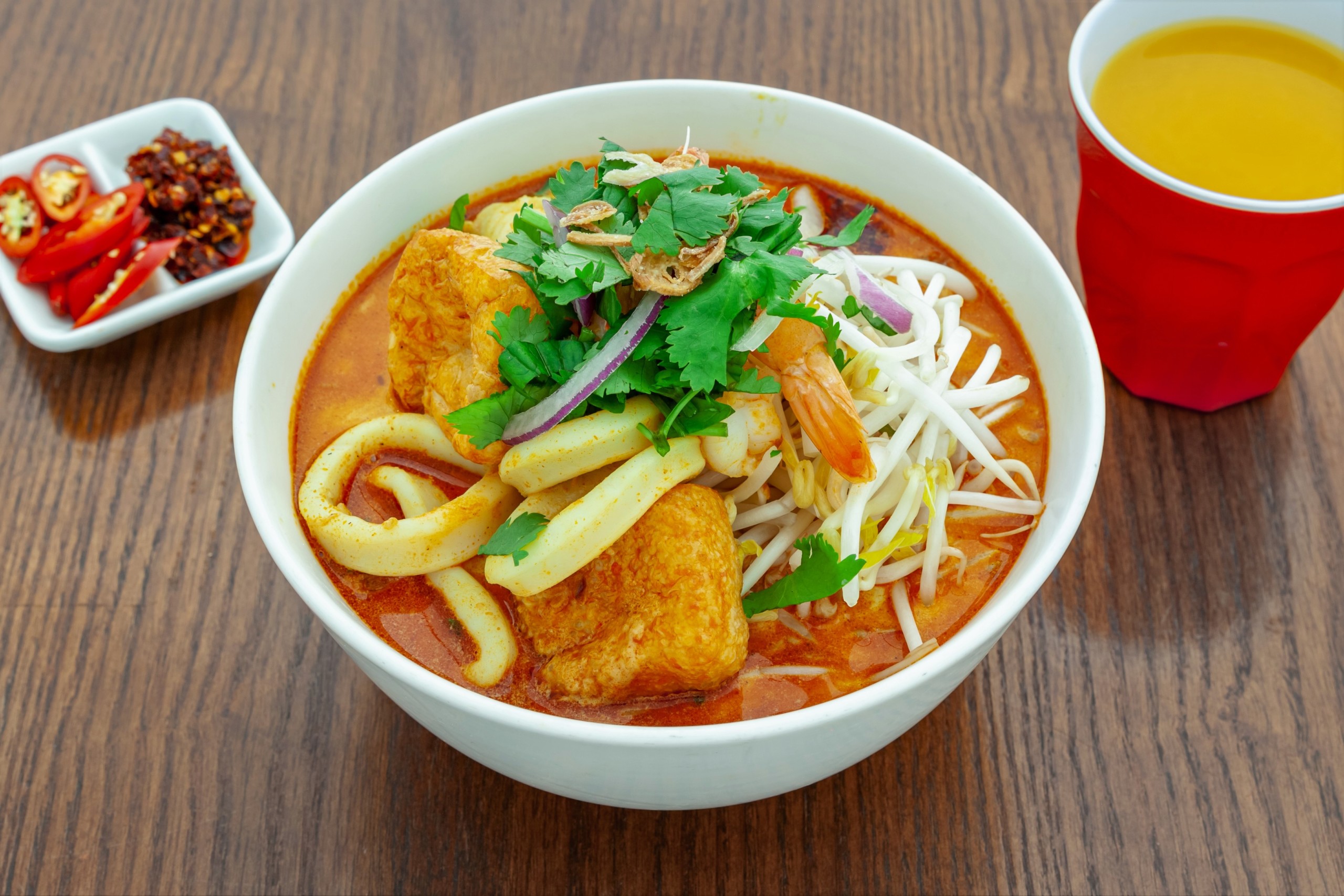 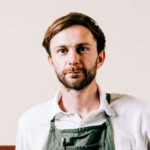 Over at Madalena’s in South Fremantle, chef Adam Rees has more good things to say about the seafood Penang laksa at High on 55 and the banh mi at Bibra Lake Lunch Bar. For dumplings, though, he recommends  Emperor’s Kitchen in Leeming, while for Thai it’s S&T Thai Cafe in Northbridge. “I order the fermented sour sausage, som tum salad or pad see ew – and my tip is to get the sticky coconut rice dessert to come out with the mains,” he says.

For dinner he likes to sit at the bar at James Parker Sushi & Sake with his brother Joel where he swears by the aburi shimesaba, or torched vinegared mackerel, for $20.“It’s incredible,” he says. 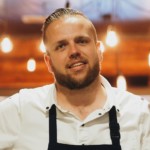 Down in Bunbury, Brenton Pyke, chef at Market Eating House, loves to take his family to La Pause Miam, a little French-inspired café where his go-to is croissant eggs benedict for a hefty breakfast or brunch.

When exploring the Ferguson valley and surrounds, Pyke says a stop in at the Dardanup Bakery is a must. “They bake incredible sourdough, and the most amazing pies and sausage rolls,” he says. “The sausage rolls are probably the best I’ve eaten, and I feel like I’ve eaten my fair share of sausage rolls in my life.”

For something quick and easy, Pyke likes Last Slice Pizza in Bunbury, who he says does great New York-style pizza, as well as Right on Burgers, which he launched himself three years ago, but then sold to a new owner, who Pyke reckons has improved the offering. “They have great-quality South West beef patties, 24-hour fermented buns and house-made pickles,” he says, mentioning that knowing where the ingredients come from really changes things. “It’s a great cheat meal without the added guilt. Keep an eye out for their off-menu items on the weekends. too.” 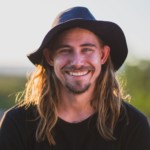 Travelling all around Western Australia with his roving pop-up dining experience, Paul Iskov of Fervor has found a few favourite pit stops along the way. Up North, Iskov frequents the North End Tavern in Kalgoorlie for his favorite parmigiania in WA. While on the edge of Karijini National Park he likes Auski (Munjina) Roadhouse – “It’s servo food at it’s finest”.

Down south, you’ll find Paul at Albany’s Bred Co for incredible bread, pastries and coffee, Ocean and Paddock in for the fish and chips or Burger Bones in Busselton for what he calls the best burgers in the state.