A handful of micro bakeries are having an outsized impact on the state’s bread scene, with Albany’s Bred Co leading the charge.

In recent years, a collection of smaller-scale bakeries have helped renew an appetite for good bread, turning sourdough from an anomaly into our daily loaf. But while our familiarity with proof times and oven spring may have risen like so many well-fed starters, behind the doors of the state’s leading bakeries, it’s the flour that’s now getting the most attention.

Bred Co in Albany is one such leading light. In recent years Rhiannon Moon, with her partner Sam Dawson, has expanded the business from a farmer’s market stall and wholesale operation to a permanent site. Not only has move has given them more reach and a wider network, it’s also let them upgrade their flour mill. The result? “Better flour.” 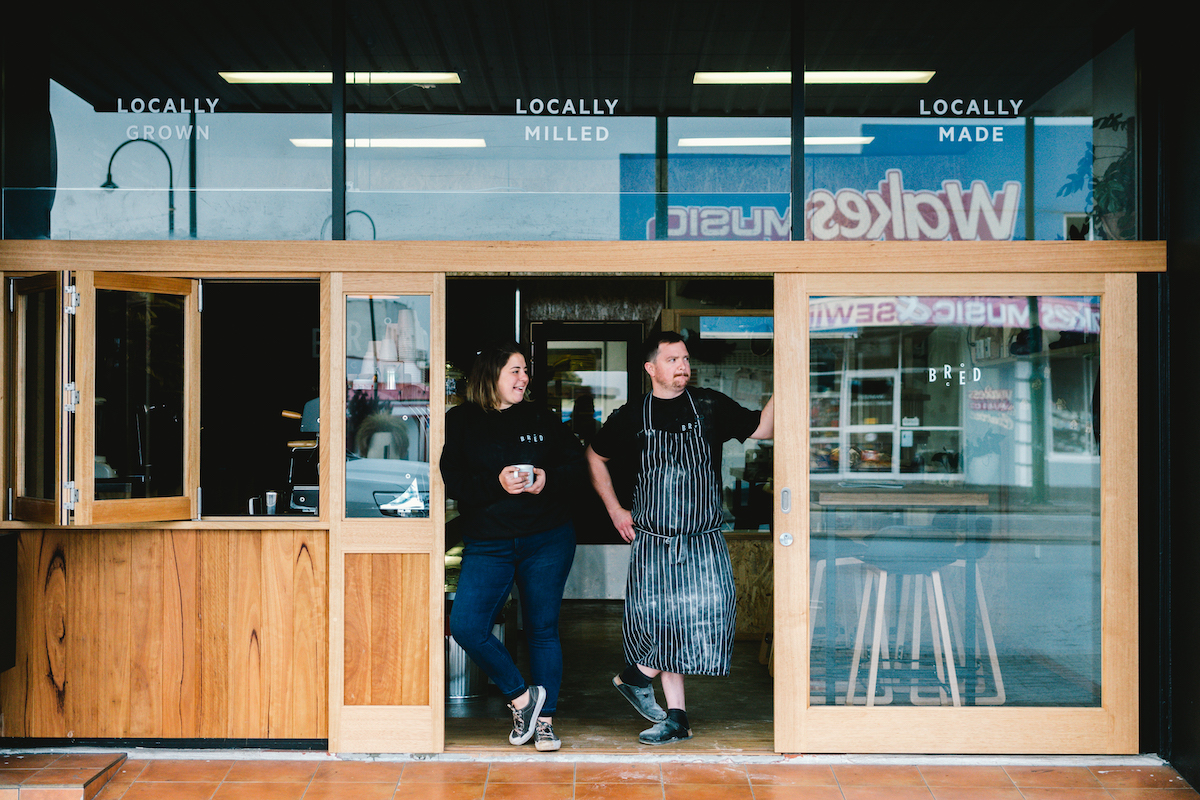 Flash back a few years and provenance was on the agenda, but milling your own was newer territory. Now, as it becomes more common, the two can combine in ways that enhance the end product. Moon and Dawson, for example, recently traded up to an Austrian stone mill and are milling around 65% of their flour in house. Add the relationship they’ve built with Penny and Dale Goodwin of Goodies Farm in Kendenup, and the loop becomes smaller. Moon says they’ve used commodity wheat in the past, but the Goodwins – regenerative growers who pilot rare and ancient grains – let them work with people whose values align with their own. It also offers circularity: bran and coffee grounds go back to the Goodwin’s worm farm; farina (the wheat middlings) is used to dust baskets.

Flash back a few years and provenance was on the agenda, but milling your own was newer territory. Now, as it becomes more common, the two can combine in ways that enhance the end product.

With a growing community of smaller-scale bakers in the west, Bred Co isn’t alone either. There are established names like Yallingup and Margaret River Woodfired Bread, and Bread in Common, as well as relatively newer players including micro-baker Bread Local in Esperance, Grain Bakery in Lathlain and many more.

Mark Taylor of Perth’s Miller and Baker says his inspiration came from a four-year stint in Copenhagen. There, many bakeries either had their own mills or bought direct from farms with mills, he says. “I spoke to a lot of people about why they’d have them and if they didn’t have a mill, they’d literally get their flour [freshly milled] and use it within like three or four days.” 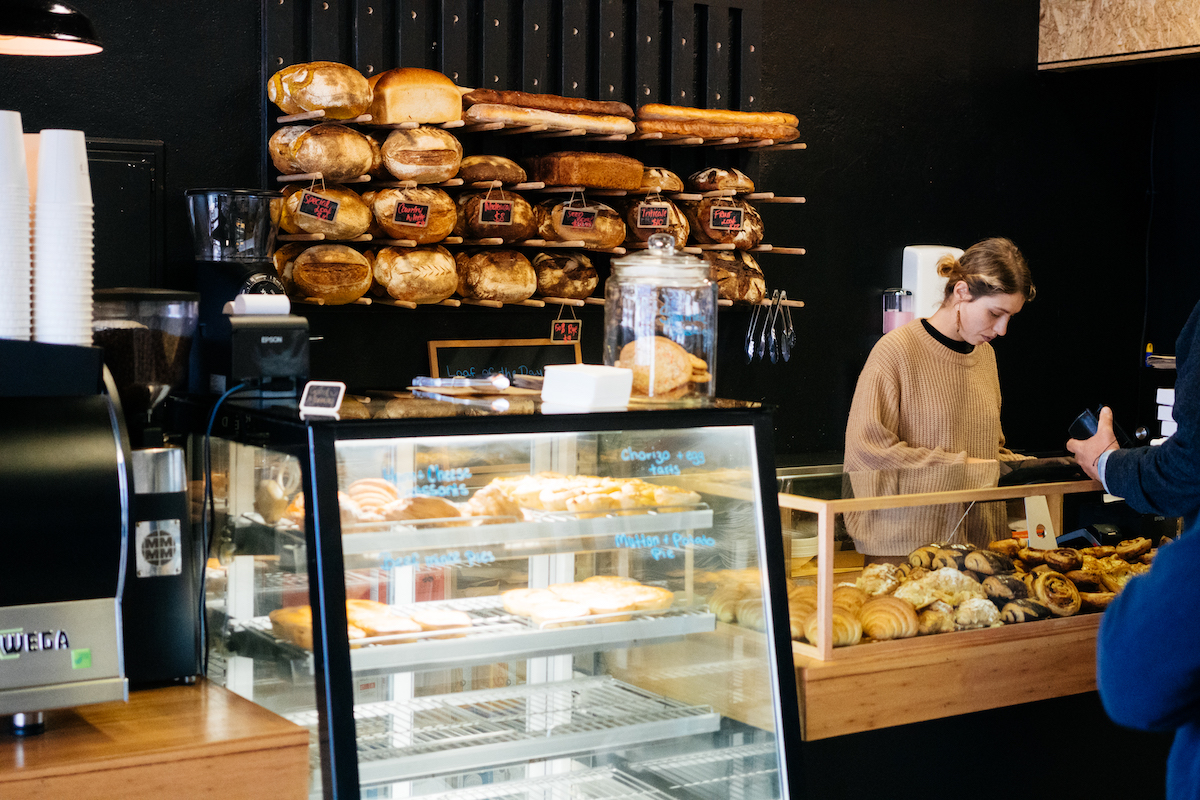 This difference was striking for Taylor, in that flour wasn’t “sat on the shelf for months and months.” He draws a comparison to Australia where he says generally you never really know what variety of grain is in a bag, and often it might be a blend. “Also, roller milling takes out the goodness – it cracks the grain into three main parts and just uses the chalky white endosperm, which is a bit that hasn’t really got any goodness in it,” he says. “If you want a wholewheat flour, they then add that back in. It’s all done at high heat and of course you lose a lot of nutrients. Stone milling is a lot gentler and you can’t separate out the bran. You can sift but you still get a lot more of the nutrients there.”

As with Bred Co, Taylor’s relationship with growers has been integral. “I’m really interested in getting different kind of grains, older varieties, and ones that are bred more for taste rather than yield.” To that end he works with Ian and Dianne Haggerty in the central wheatbelt. “I got lucky,” he says. “They were the first people I phoned, and they were really keen. They said, ‘no one’s actually even bothered to ask us if we sell grain directly’.” 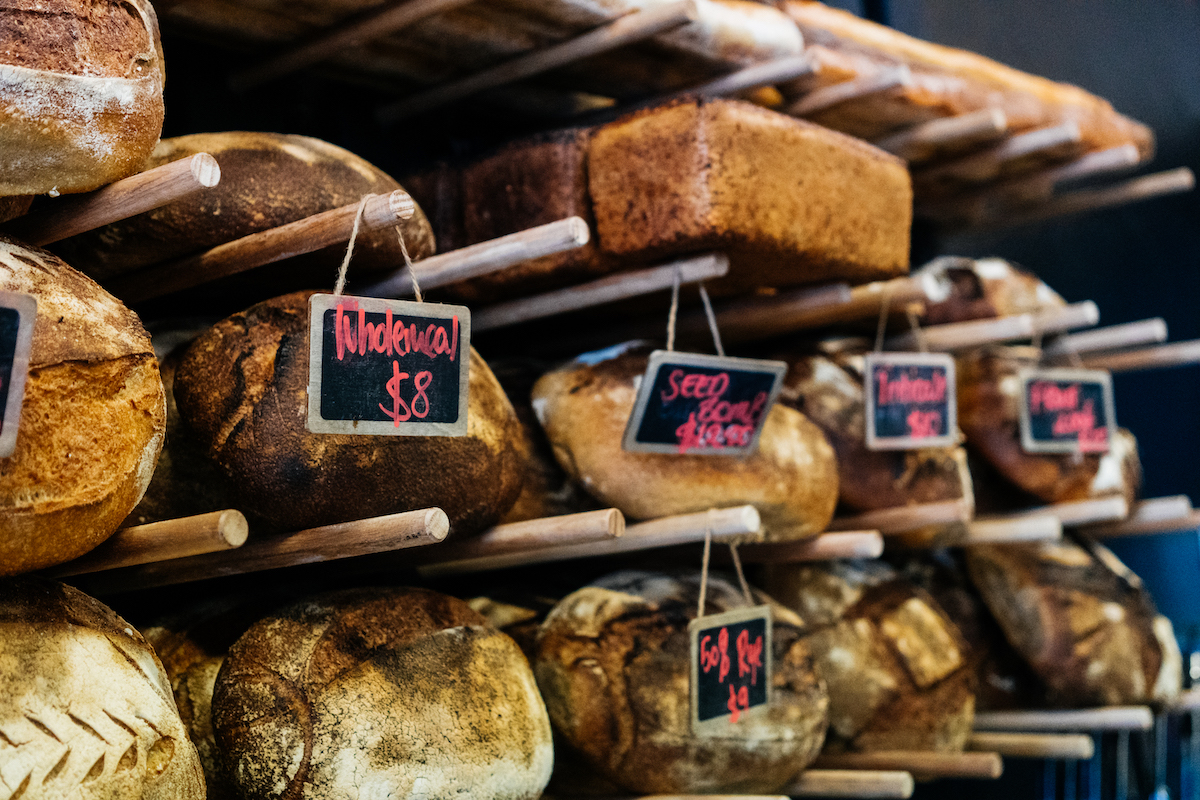 While Taylor thinks that the age of soft white bread has been mostly to our detriment, he’s hopeful Miller and Baker and their ilk can make a difference, winning more people over to good bread.

Moon, while conceding that for some it’s still about what they’re used to, also remains hopeful – and with good reason. If there are shelves anywhere that could change minds it’s at Bred, with eight staple loaves, a daily special that might see a triticale-wheat loaf become a bestseller, and where pies and pastries leave you wide eyed. Bakery heaven, right here in Albany.