Editorial Party of one: the pros of going it alone

Despite old stereotypes, dining solo can yield all kinds of rewards. And our finest restaurants are primed and ready to deliver.

Google the phrase “dining alone” and some pretty pointed questions appear in the search results:

Is it OK to eat alone in a restaurant?

Is it weird to go for a meal alone?

How can you dine out alone without feeling awkward? 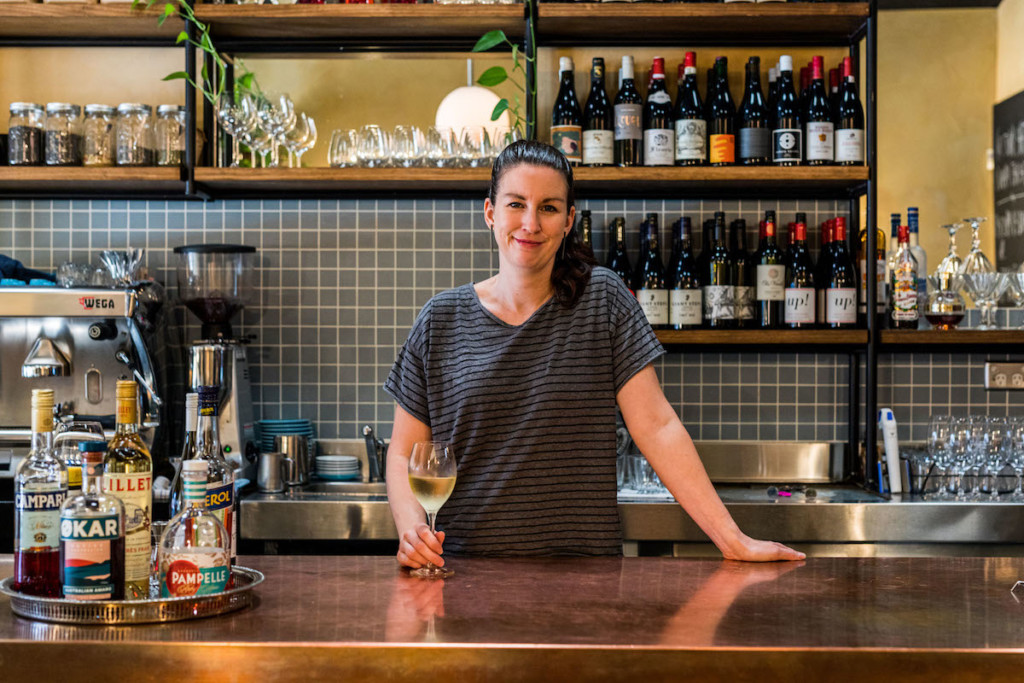 They speak to a general discomfort that arises at the thought of a solitary meal and a high level of anxiety about how others perceive us. Sarah Atkinson, sommelier and co-owner of Le Rebelle in Mount Lawley, however, takes a different view.

“Personally, I see it as a freedom to feel comfortable enough to go out on your own and have some time to yourself,” she says. “I consider indulging in the things you love on your own liberating and, at the end of the day, no one is judging you.”

Given society’s ever-increasing focus on the virtues of mindfulness, “me time” and self-care, it’s little wonder the stigma surrounding solo dining has started to fade. Long considered the realm of the lonely, the table for one now serves as an open invitation to spend uninterrupted time catching up on reading, getting some work done, scrolling through socials or simply enjoying whatever is in front of you.

“I consider indulging in the things you love on your own liberating.” Sarah Atkinson, Le Rebelle

For Atkinson, the perks don’t stop there. “If more people headed out on their own, they’d get to visit places they’ve been dying to try rather than waiting months, or even years, to organise a meal with friends or family,” she says. “For us, it’s also a little easier to slide in a single diner on a busy night than a table of four.”

Consider, too, those invariably painful parts of an otherwise pleasant evening – conceding to dietary restrictions, compromising on what to order, bickering over the bill at the end – that all but disappear in the absence of company. Then there’s the matter of cooking for one, and the sobering realisation that the dishes don’t do themselves.

According to online restaurant reservation platform TheFork, single diners are mostly walk-ins, and so account for only one per cent of the bookings in WA, in line with the national average. Yet, at the bumper crop of venues across the state like Le Rebelle – smaller, more intimate smart-casual spots that blur the boundary between bar and restaurant – they represent a fiercely loyal faction of the patronage.

At the bumper crop of venues across the state – smaller, more intimate smart-casual spots that blur the boundary between bar and restaurant – solo diners represent a fiercely loyal faction of the patronage.

Connie Ainscough, assistant venue manager at Madalena’s in South Fremantle, sees it in practice service after service. “We have quite a few solo regulars who come in every week, on the same day, at the same time, for either their weekly glass of wine or routine dinner at the bar,” she says.

The mix of outdoor seats, bar stools and small tables that make you feel like no one else is missing goes a long way in making unaccompanied guests feel welcome at the natural wine and seafood specialist. Ditto live music on Wednesday and Thursday nights, and the kitchen’s offer to make the menu of shared dishes more accessible by serving half portions. But Ainscough insists it’s the sense of hospitality that makes the biggest impact.

“On my days off, I am typically one of those solo diners that frequents venues they enjoy – not just for the food and wine, but for the staff, too,” she says. “It’s generally a nice reminder that patrons are just like us, and we are just like them. In the current landscape with Covid-19, it’s more important than ever to reconnect with people, to be welcoming and inquisitive.” 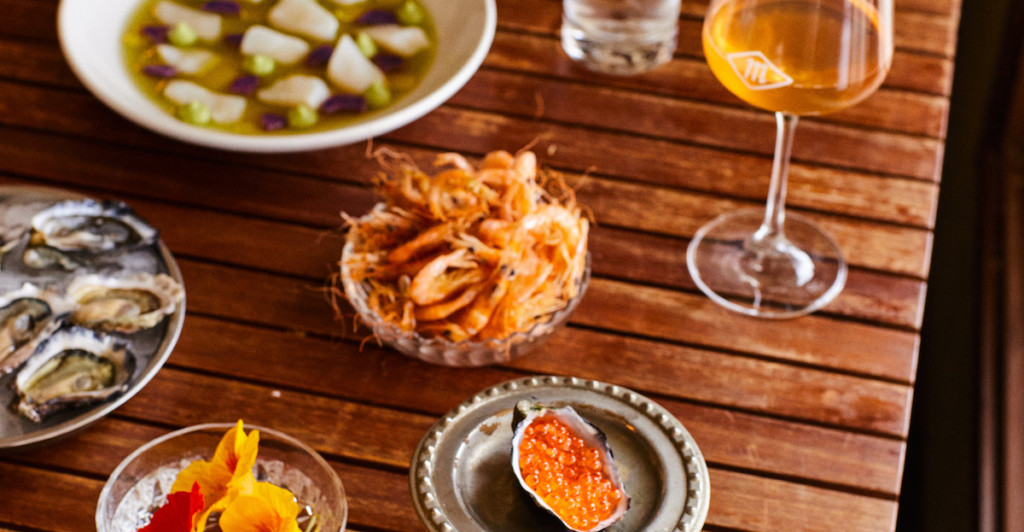 Flying solo? Pull up a pew at these five venues, and let the good times roll.

Each and every one of the handmade pastas at Joel Valvasori’s cosy Subiaco trattoria is a head-turner, from the timeless tagliatelle al ragù to saffron spaghettini vongole. Don’t question whether you’ve got room for Ortiz anchovies in cabernet vinegar and tiramisù – just order it all. 5/97 Rokeby Road (Forrest Walk), Subiaco.

Newly appointed head chef Justin Wong has given the most talked-about roast chicken in town a Malaysian makeover, serving the half bird with creamy, coconutty kapitan sauce, spinach rice and mixed leaves. It’s great to share between two as part of a larger meal, but it’s even better all to yourself. QV1, 250 St Georges Terrace, Perth.

Sunday afternoon at sundown might just be the best time to pop into WAGFG’s 2019 Best Bar award winner. Start with a spritzy, fruit-forward cocktail and a crumpet topped with crab meat and horseradish labne, then kick back, relax, soak in the live music and see where the night takes you. 5 Nairn Street, Fremantle.

Tania Nicolo estimates that solo diners make up more than two per cent of the crowd at this Wembley hotspot she co-owns with husband Ryan Bookless. Factor in the naturally risen 48-hour dough, San Marzano tomato sauce and the option to BYO beer and wine, and it’s surprising that number isn’t higher. Like this? Head next door to Mummucc’ for cut-above snacking and drinking. 46 Grantham St, Wembley.

If the 100-strong list of expertly chosen wines by the glass isn’t enough to lure you into one of Perth’s finest establishments, then maybe the promise of first-rate house-baked bread, pristine Pacific oysters with Geraldton wax and righteously roasted duck breast will do the trick. Go on, live a little. ​131 St Georges Terrace, Perth. 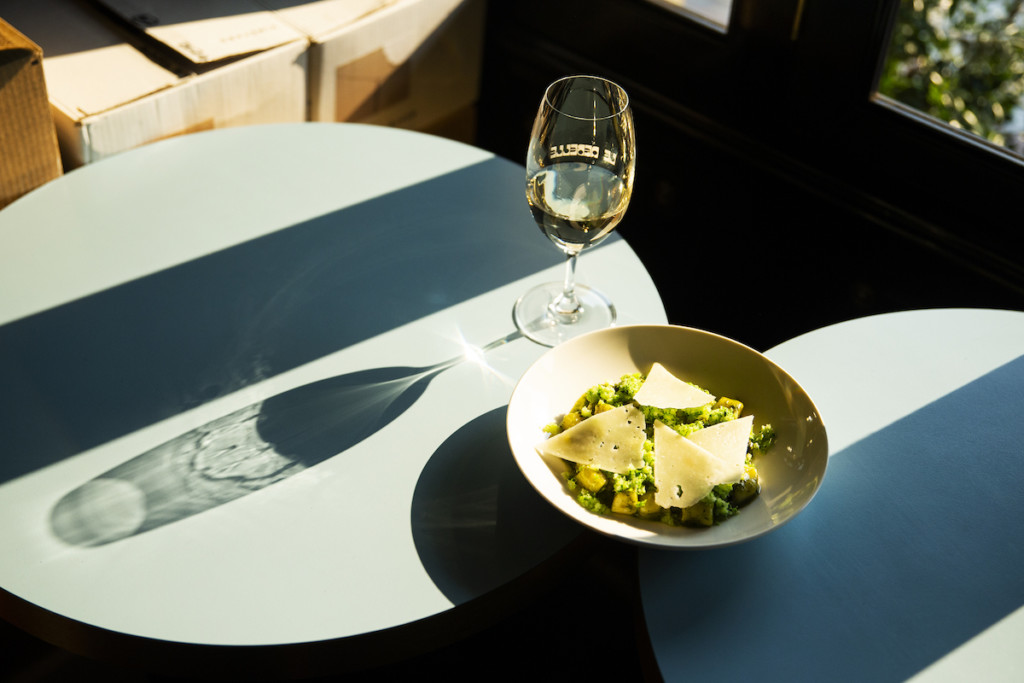