Contributing Editor Max Brearley hits the road with Audi Centre Perth to explore what spring means to chefs and growers in Margaret River, the Great Southern and beyond.

Driving south from Fremantle the season reveals itself in waves and microclimates, in menu tweaks and additions, produce being pulled fresh from the earth or sea, spring livestock taking its first steps and new vintages making their debuts from feted wineries.

The first port of call beyond servo stops is Bunbury and Market Eating House. Under the eye of Brenton and Bec Pyke, the restaurant has become a by-word for seasonality in just over four years. Spring means change, but for them, says Brenton, that’s a constant. “We don’t necessarily change the entire menu; we’ll change individual dishes as ingredients might only be in for a couple of weeks. We change as things come in to season.”

This year he’s excited about Cambray Cheese making the switch back into sheep cheese. “That’s going on the menu, served with some fire-roasted potatoes,” he says. “Of course there’s lots of broad beans coming in, asparagus, and we get the end of all the brassicas – sprouting broccoli and stuff like that. We put them directly onto the coals in a big drum sieve and spray them with a bit of water, so they steam and char themselves up, then serve them with zhoug, an Armenian chilli paste, and a tahini sauce.”

The season reveals itself in waves and microclimates, in menu tweaks and additions,  produce being pulled fresh from the earth or sea, spring livestock taking its first steps and new vintages making their debuts from feted wineries.

Onward, into the northern reaches of the Margaret River region, and I pull into Marybrook Premium Produce, where Marissa Taylor and Tony Passamani take the time to show off their Southdown Babydoll sheep. A short-legged breed, Passamani describes their unique grazing style. “We’re putting them into vineyards for 12 months of the year,” he says. “Normal sheep, with longer legs, can only stay in from after harvest – which is February – through to budburst – which is August or September. We’ve got these girls that we’re putting into organic vineyards and they stay there 12 months of the year.” Although Taylor and Passamani established their stud and grazing operation seven years ago, they’re still relatively new to the market and just starting to push out into restaurants. A name we’ll be seeing more of in years to come. 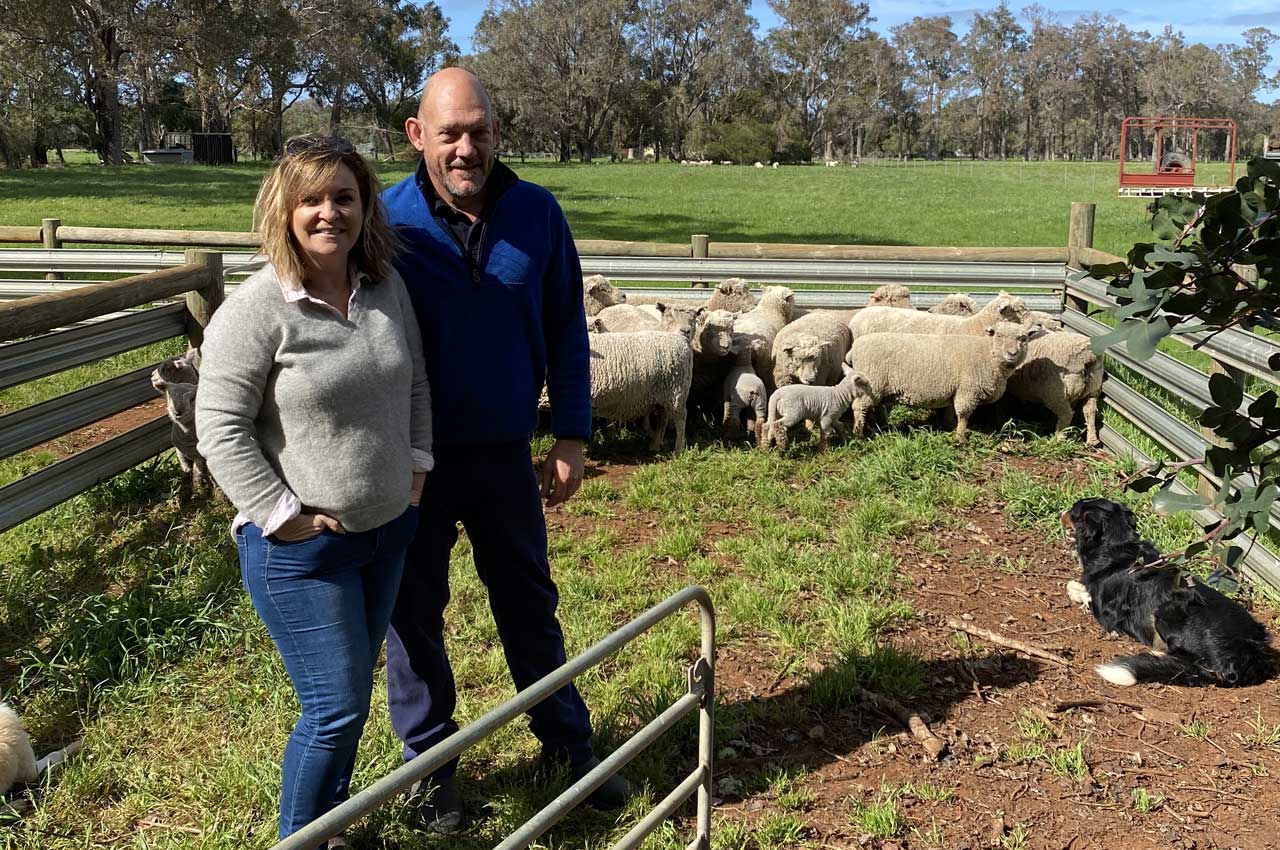 25 minutes down the road at Burnside Organic Farm, Jema McCabe picks seed into a metal bowl as we speak beside her quarter-acre market garden. “The scale is just crazy. It’s more like urban scale really,” she says. “I started working in restaurant gardens, on an even smaller scale. The kind of tools you use at that size are just what a home gardener would use – a hoe and a garden fork, your hands.” McCabe worked at Providore and at Cullen for six year, and then for a property in Carbunup, which ran a privately owned vegetable-box scheme, growing for about twenty-five families. Eventually McCabe got to know Jamie and Lara McCall, who needed help for a half-day a week. After a couple of years, the pair had a space become available and backed McCabe to run it.

“The scale is just crazy. The kind of tools you use at that size are just what a home gardener would use – a hoe, a garden fork and your hands.” Jema McCabe

Spring is quiet for McCabe by her own design. “I’m doing way less than I used to,” she says. “I’m a micro-enterprise and instead of growing, I’m kind of downsizing. I love what I do, but I’m not the person that wants to have an empire of vegetables. It just needs to be sufficient and still fun, working for the land as well as for me.” 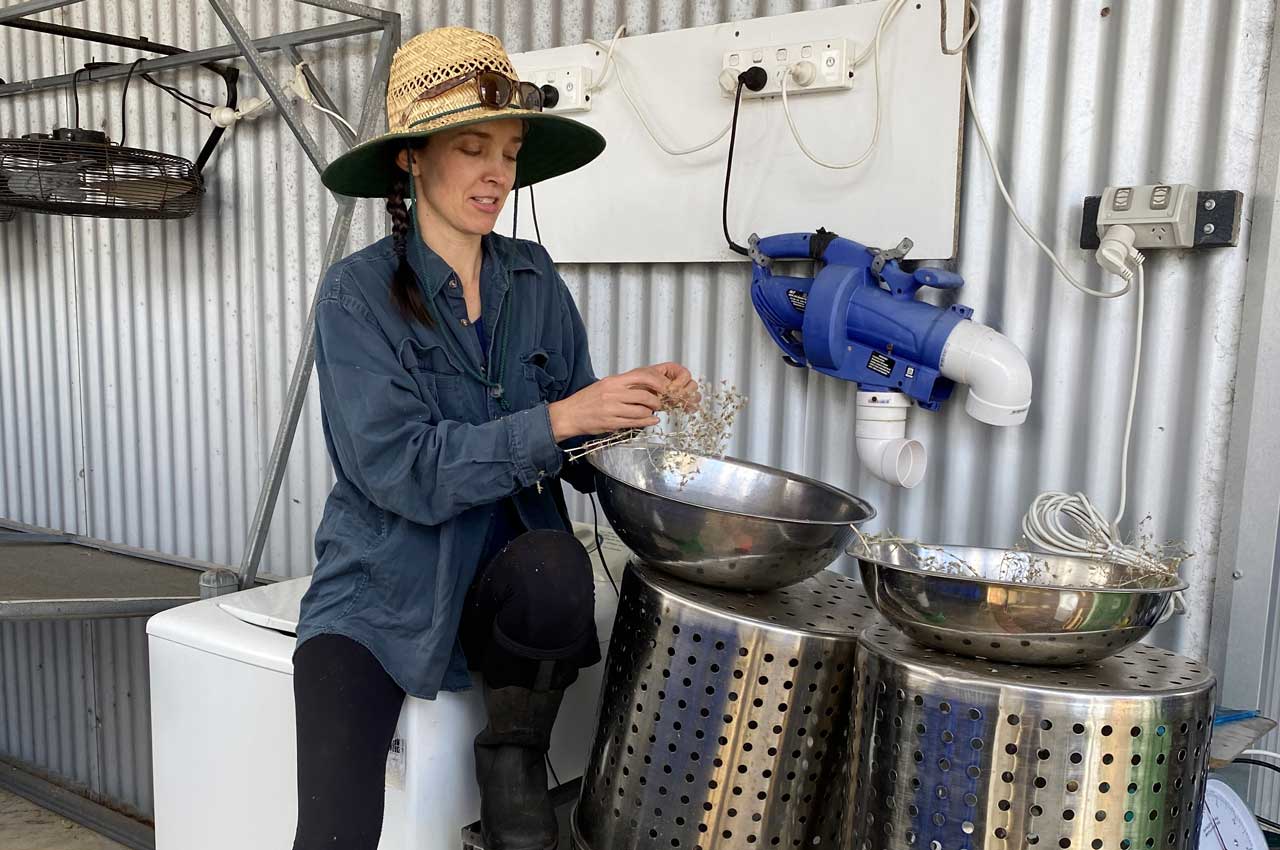 Apart from wholesale, McCabe serves local customers through Gathered Organics, a weekly order and pick-up service. “I’m doing a handful of things, but in enough quantities to supply them with salad leaves, sugar snap and snow peas for spring.” McCabe’s potted history and self-imposed downsizing perhaps belies the regard in which she’s held among the region’s culinary community, supplying Evan Hayter of sustainable-dining frontrunner Arimia, and Mikihito Nagai of Miki’s Open Kitchen. “I don’t always supply them year-round because I don’t have the quantity or, you know, the menu doesn’t fit,” she says. “But we always check in through the year. They’re my stalwarts.”

Notably, McCabe also supplies Santiago Fernandez at Voyager Estate and Brendan Pratt at Vasse Felix during the busier months. “They take smaller amounts of little special things,” she says. “The Voyager Estate menu especially is quite tricky with stringent requirements on what vegetables and flavours they need to work with, it being quite a wine-driven menu.”

Stopping in at Voyager Estate, just south of McCabe and Margaret River, I meet head chef Fernandez and estate sommelier Claire Tonon, who take great care in telling the vineyard story through the restaurant, and what Fernandez refers to as “food of terroir.”

A spring-lamb dish on their early spring “Floris” menu is a case in point. “There’s lots of lovely fattiness in spring lamb, and these wines have beautiful natural acidity,” says Tonon, pouring both their Broadvale Block 5 and 6 chardonnay. The dish highlights a smoked lamb belly against the Block 6; a combination of the block being planted with a French clone and undergoing malolactic fermentation in the winery to create, as Tonon says, a lovely soft creaminess. Against the cleaner, softer acid of the Broadvale Block 5, which uses the Gingin clone of chardonnay and no malolactic fermentation, there’s koji-marinated backstrap given just a hint of smoke. Both chef and sommelier enthuse over a pairing that they surely know delivers on spring promise. 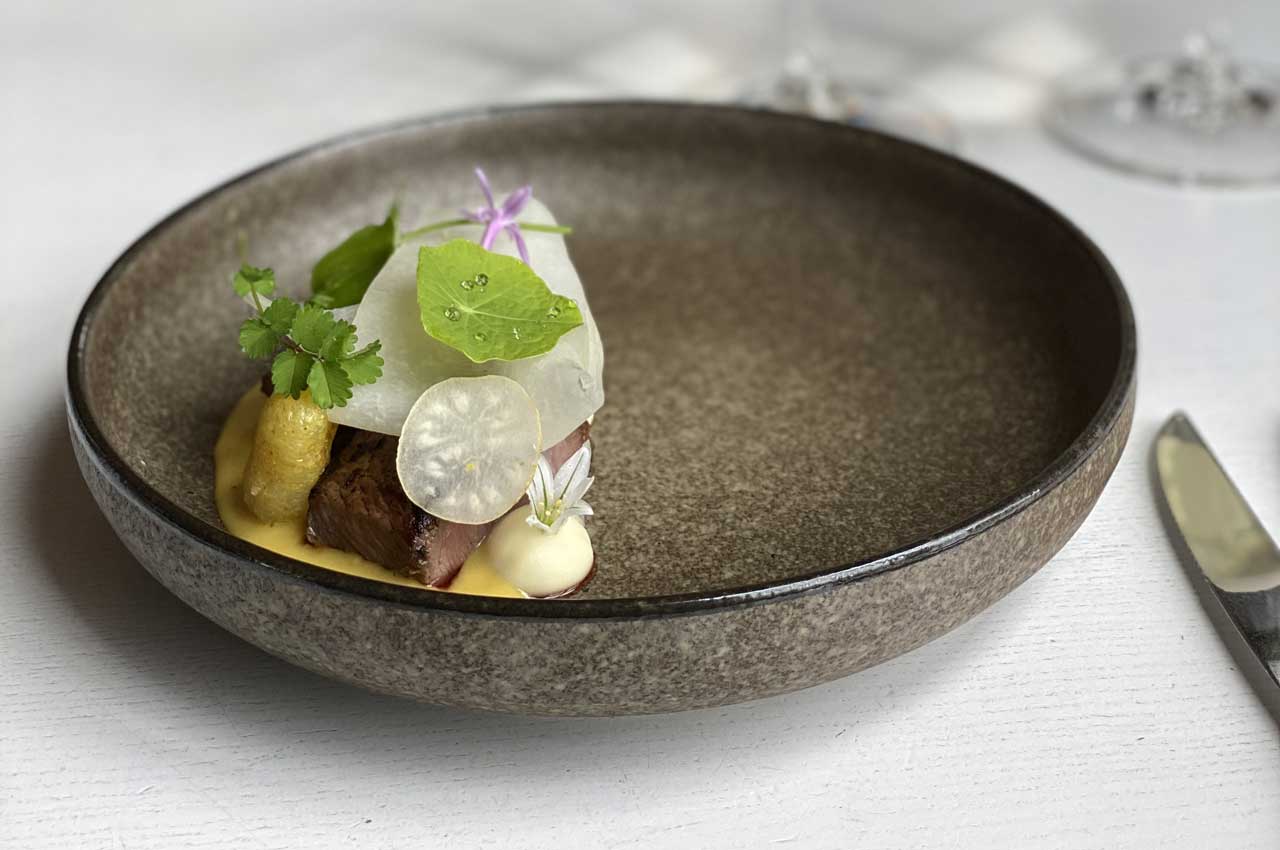 Stay tuned for Part Two, where we explore spring in the Great Southern.