The state’s most famous island promises stunning vistas, clear-blue waters and cute marsupials, but there’s plenty to discover on the food front too. Whether it’s for a day-trip, or a weeklong getaway, here’s where to drink and dine after you hop off the ferry.

Aaaaaaaah. That’s the first sound you’ll hear on Rottnest Island as holiday makers and day trippers step off the ferry and feel their shoulders immediately sink down with a collective sigh of relaxation. Next is the aark! aark! of the island’s terns and gulls as they squabble over chips and squid rings from plates at the island’s most popular watering holes.

Gail Williams joined them in a free-for-all at the island’s most talked-about dining options – from the legendary relaxed bakery to the upmarket new kid on the block, Lontara at Samphire Rottnest, part of the newly revamped and extended hotel. From top to bottom, the quality meant there was little left on the plates for the birds to squabble over, with plenty of discovery in between. Heading to Rotto yourself? Here’s where to spend your hard-earned.

Rusted-on Rotto-lovers with memories of hot and sweaty beer-soaked afternoons at the Quokka Arms are in for quite the shock at the sophistication of this island-inspired restaurant that’s part of the extension and refurbishment of the old Governor’s residence now known as Samphire Rottnest.

Lontara opened in 2020 with much fanfare and shout-outs to celebrated chef Will Meyrick – now heading Will Street in Perth – who consulted on an opening menu focusing on WA seafood with a South East Asian twist. While the menu has evolved, the $79 three-course feast is still bang on for value. Expect the likes of chilli-salt soft-shell crab with soft egg and chilli lime dressing or smoked trout betel leaf with lime leaf and pork skin. Mains might extend to Malay spiced chicken slow-cooked in coconut milk or whole deep-fried fish with pineapple, tamarind and wild ginger and are generous enough that you might be riding home with a doggie bag.

And of course it’s hard to dampen the joy of sitting poolside in such an elegant setting while looking over Thomson Bay with a Negroni in hand. Lontara breaks for the winter, but in peak season be sure to book well ahead or risk missing out on a stunning ginger and coconut panna cotta for dessert, premium wines and all the rest.

Isola, Italian for island, taps right into the psyche of Rottnest, enticing diners with a sense of Mediterranean sophistication and views worthy of a film set featuring beautiful people sipping Aperol Spritzes and shelling grilled prawns by the sea.

This incarnation of the bright and breezy waterfront venue really is a breath of fresh air, working in tandem with its sister restaurant at Samphire, Lontara, with hotel staff directing diners to Isola when Lontara is closed.

It’s a no-brainer to opt for the gamberoni, here translating to whole wood-grilled Shark Bay prawns with scampi butter, capers and lemon. The word might be Italian but the dish has Western Australia written all over it. Taglierini with crab, tomato, chilli and garlic sheds any cliché associations in this sublime setting overlooking Thomson Bay, where it seems completely at one with the world. It’s one of many seafood choices, but there are heartier options in braised pork hock, chicken cotoletta and a hefty bistecca cooked over coals. Simple stuff but executed with confidence.

Italian drops predominate on the wine list, but proud locals will find plenty to cheer about. A Sandalford rosé, given the omnipresent connection to Samphire operators Prendiville Group, seems apt. 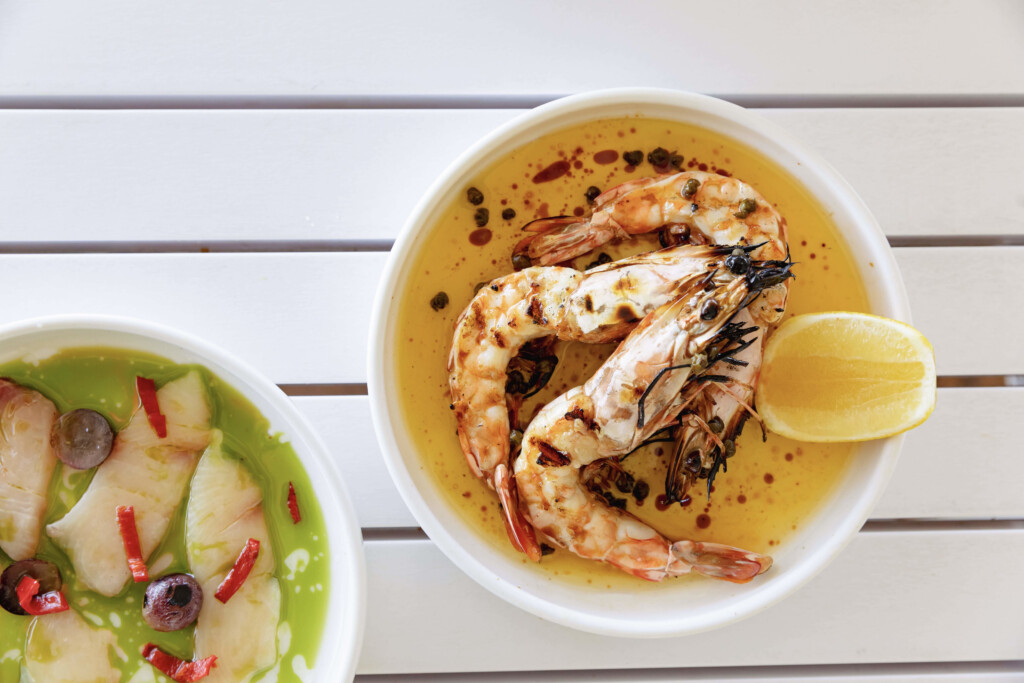 Akoya oysters, served “ceviche style” are delivered on a casual order-and-pay-at-the-counter basis by staff who are so friendly you’d think they owned the island. The gravity-defying smash burgers are probably what’s making them so proud. These beauties boast pillowy seeded buns crammed with caramelised onion, smoked cheese and a walloping beef patty which goes well with a cheeky Single Fin or two. Sit back, relax, and maybe even stay for dinner.

If you don’t know how to get to Rottnest’s famous bakery, which has been doling out jam doughnuts, cream buns and crowd-pleasing loaves of bread for decades, don’t worry, just follow the crowds when you get off the ferry – or just follow your nose. These days sourdough is on the menu but yeasted breads still make up the bulk of sales, numbering around 250 loaves a day during peak periods. Alongside decadent jam doughnuts and almond croissants are sausage rolls, steak pies and rotisserie chickens. The bakery may have changed hands several times throughout its history but the legendary reputation rightly remains intact. Grab an extra jam doughnut for the road. 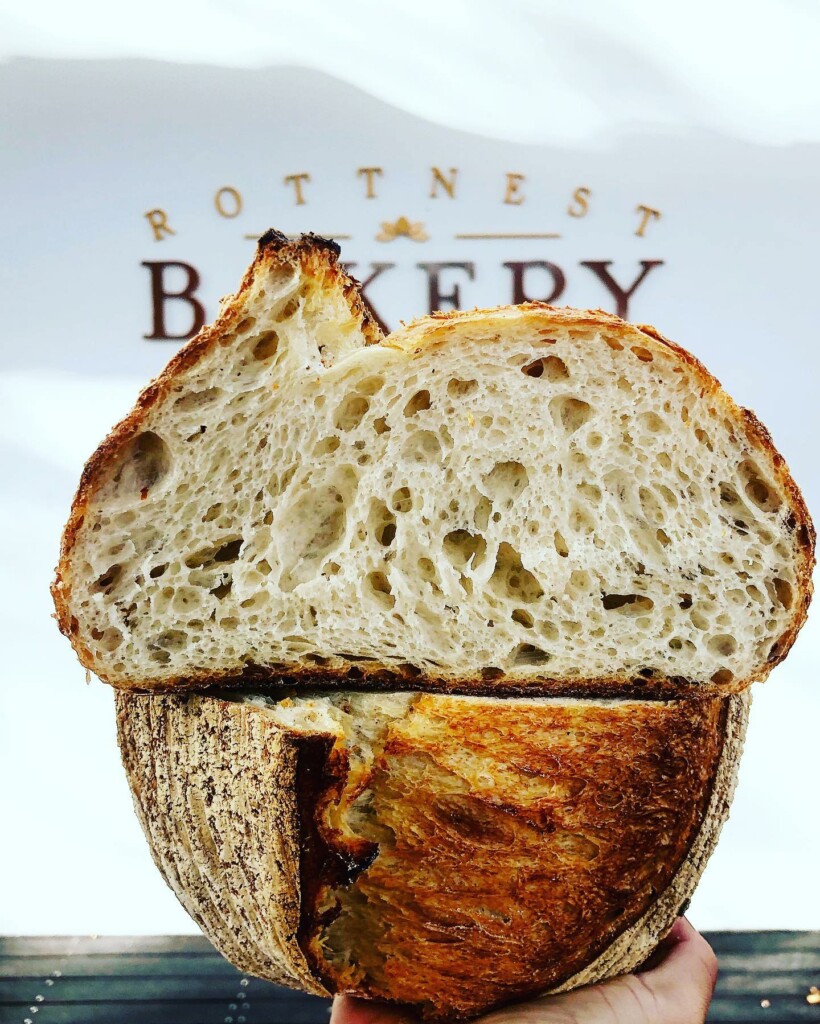 Paul McCartney may have called Rottnest “the rottenest island I’ve ever been on,” but clearly he never perched at a tall table at Hotel Rottnest overlooking the calm turquoise waters of Thomson Bay with a slider in one hand and a Single Fin in the other.

Service here is very slick, with staff happy to manage expectations when demand is high and the wait is long. The slider, though, is definitely worth the wait. Featuring WA crayfish or perhaps local snapper, a touch of Japanese mayo, spring onion and lettuce piled into a buttermilk bun, it’s about as close to Rottnest’s version of heaven as you’ll get. The spiced cauliflower fritters with green tahini aren’t far behind. What to pair it with? A crisp Margaret River white or a shared Margarita jug are just the ticket. 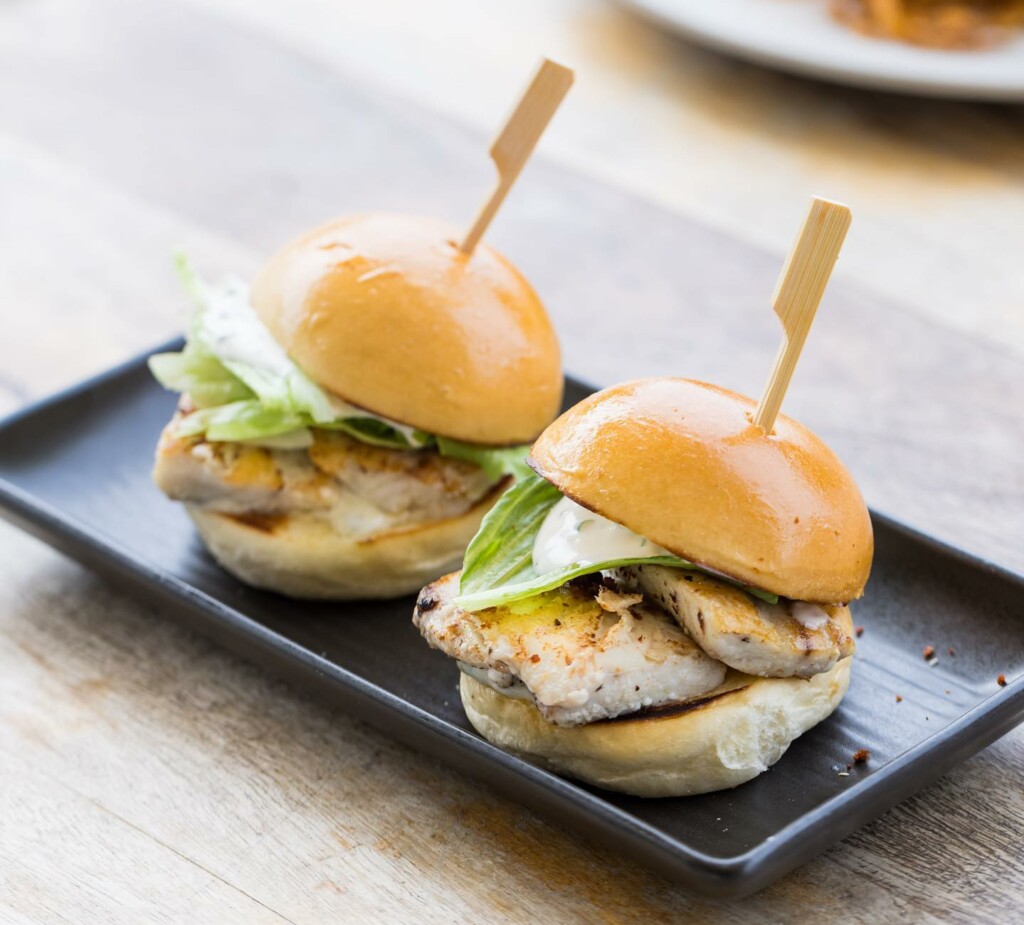 It is in the true spirit of Rottnest when a small family-owned business develops a huge following because they expertly tap into what a large swathe of holidaymakers want from their island paradise: casual family fun without overemphasis on provenance or mind-baffling ingredients. Frankie’s has been churning out sourdough pepperoni pizza, no-fuss pasta, chicken parmies and Caesar salads since 2017, and the front deck overflowing with punters is a sign they’re on a winner.

Plus, the full bar licence helps for the grown-ups when it’s time to move on from a cup of Micrology, the locally roasted coffee.

A breakfast of smashed avo and eggs might segue into lunch with a Spritz and a chilli prawn pizza shared while people (and quokka) watching. It’s not cutting-edge, but they sure play the hits. Meal deliveries are also a boon for those at Longreach and Geordie. And if you’re cycling around the island, check out their West End outpost, Lexi’s, for a creamy gelato. 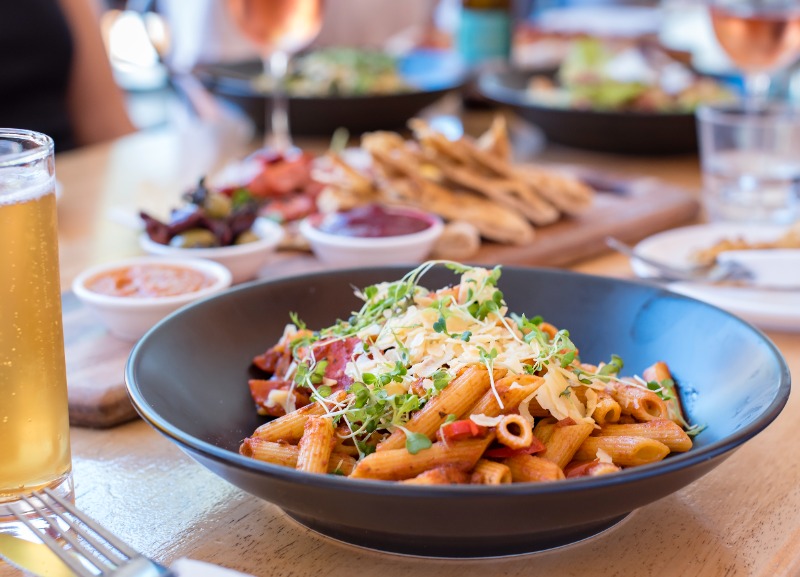 A Rotto experience without trying a cray dog is like, well, going to San Francisco and not eating the sourdough. Or being in New Orleans and not drinking a Hurricane. At The Lane, the cray dog comes with lashings of grilled crayfish marinated in garlic and olive oil with a spicy zing of chipotle mayo, all sandwiched between fluffy Rotto Bakery buns. Take a box seat on the deck, soak up the relaxed atmosphere and observe the passing parade holiday goers. Then when it comes to sheer joy in a bun, the famous egg-and-bacon rolls with tomato or barbecue sauce run a close second to the cray dog. Simple, sure, but why get complicated when the setting is so stunning? There’s also Simmo’s ice-cream, lunch bowls, smoothies and fresh juices. But why not opt for a Portuguese tart before you jet off?

Interview Where Chefs Eat: The 2022 Edition