Stood against a backdrop of crab pots piled high, Peter Jecks gives a crash course in crabbing. Owner of Abacus Fisheries, Jecks has been in the fishing industry for decades, catching crayfish to snapper, but it’s with blue swimmer crabs that he’s made his name.

On a good day Jecks will land 20 to 30 crabs per pot albeit he says crabs are adept escape artists. “If there’s just one hole they’ll get out. What we’ve done is use a three-inch mesh, which allows undersized crabs to escape because they just keep pushing. So, the good news is when the pots come up, most of the crabs we’ve got are legal. It means grading is quicker; for us the speed of handling the crab is quite critical because we stun them, dropping them into an ice slurry.”

You’d be forgiven for thinking that there’s little to refine in the design of a crab pot but Jecks will tell you otherwise, detailing tweaks in design and materials that are driving efficiency and sustainability.

New pots manufactured using injection moulds are lighter and cheaper. He points out that the soft corals grow easily on the pot, perhaps anticipating a question about ocean plastics. “If you lose a pot, it’s going to turn into a coral reef; it becomes a part of the formation of a reef,” he says. Pointing out the design of the bait cylinder and a simple tweak in design that saves them two to three seconds per pot Jecks says “we’ve got say 450 pots, which doesn’t sound much, but you add it up at the end of the day, at the end of the week, and you can reduce your seasonal engine time by tens of hours. When you’re on a boat which uses 70 litres an hour, well you don’t have to be a rocket scientist do you?”

Catching to a quota, the season starts on November 1st, generally taking six months to reach their set quota. “We work seven days a week for six months, we have preseason and we have our after-season shutdown, which takes four weeks each way,” says Jecks.

Using a high-speed fleet, pots are laid up to 40 miles from Carnarvon. “We’re out in the morning, back by midday at the latest,” he says. “It takes up to two and a half hours maximum to get to the fishing gear. We have 25 pots on a line; they’re all interlinked. So, when we start pulling the first pot, we’re going to get 25 pots on board and then we pull the next twenty-five. So, we run effectively in lines of fifty, which covers about two kilometres, 40 metres between each pot.” 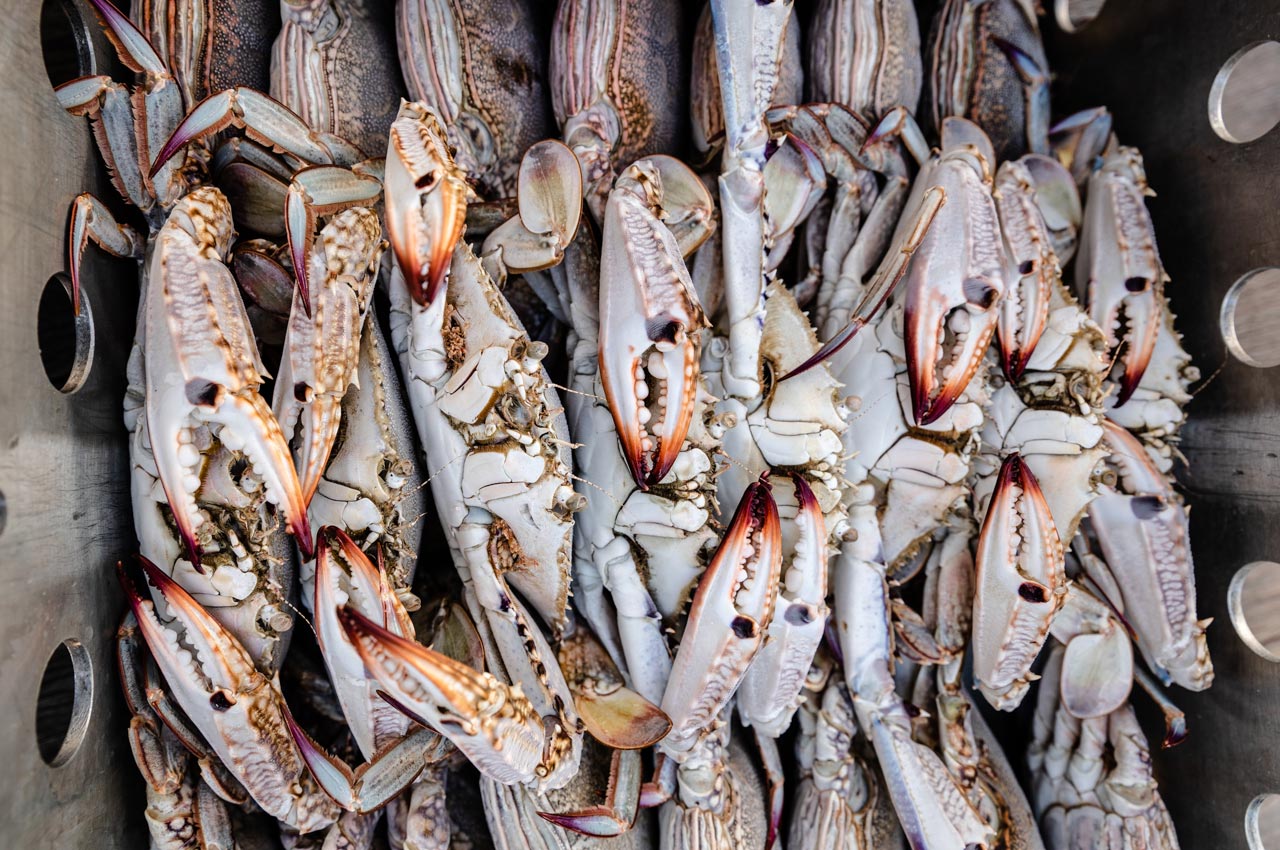 A family business both of Jecks’ sons are in the business. “They had their skippers’ tickets when they were 19, which is the youngest you can get it,” he says proudly. While the Jecks are now a multi-generational fishing family it was far from in the family blood before Jecks made his entry into the industry. “My father was the Vice Chancellor of ECU. Seven degrees he had,” he says. “He came back from Sydney where he was a lecturer at Sydney University. I studied arts and photography and I just love the ocean. I finished school and he said, what do you want to do, and I said I don’t have a clue. And my father, to his absolute credit said, I don’t care what you do, but whatever you do, give it your best shot.”

“I used to teach diving for a living. I competed in a national event for scuba diving, which was held at Triabunna in Tasmania. With my dive partner we did exceptionally well and got a lot of sponsorship, travelling around Western Australia for 12 months, teaching regional West Australians getting their recreational diving licence. A large number of them were fishermen, from places like Kalbarri and Esperance. So, before I even got into fishing, I knew a lot of people along the coastline. It made it quite easy.”

From that unexpected start Jecks has built Abacus Fisheries, adapting with the market and looking for new processes to use every part of his catch. An award-winning operation Jecks reflects for a moment. “My father was actually in hospital in a coma and the doctor, a family friend, said Peter I promise that I’ll keep him alive until you get back.” Jecks was due at the Sydney Fish Markets, Seafood Excellence Awards. Winning the Interstate and Overseas Supplier Award, Jecks says “I came back and I put the thing in his hands, and he smiled. We knew he could hear. It’s one of those things where I now look at it and he totally supported my decision to go into fishing.”