Emily Jones, chef at newly opened Republic of Fremantle, on waste, snacks and cooking at the highest level.

Emily Jones, newly installed chef at Republic of Fremantle, has had a range of experiences in kitchens, from internships at some of Edinburgh’s most celebrated restaurants, to stints at locals Wildflower and Rockpool Bar & Grill. But it was a stint as sous-chef at the now-shuttered Cook and Mason, and at two-Michelin Maaemo in Oslo, that started to join the dots.

She’d relished the from-scratch ethos at Cook and Mason, but in other fine-dining roles, she’d had to confront some uncomfortable truths about the nature of cooking at the highest level. While her experiences were valued and instructive, as was the strive for perfection, often that came with too much emphasis on the technical coupled with needless waste.

“A lot of the time you’re using a small part of the ingredients,” says Jones. “Somewhere I worked they cooked mussels and only used the juice. So, the actual mussel itself was just rubbish. Sometimes it was used for a staff meal and others they couldn’t be bothered debearding them, so it was just put in the bin. For me, looking at that made me really conscious about what I was doing.” 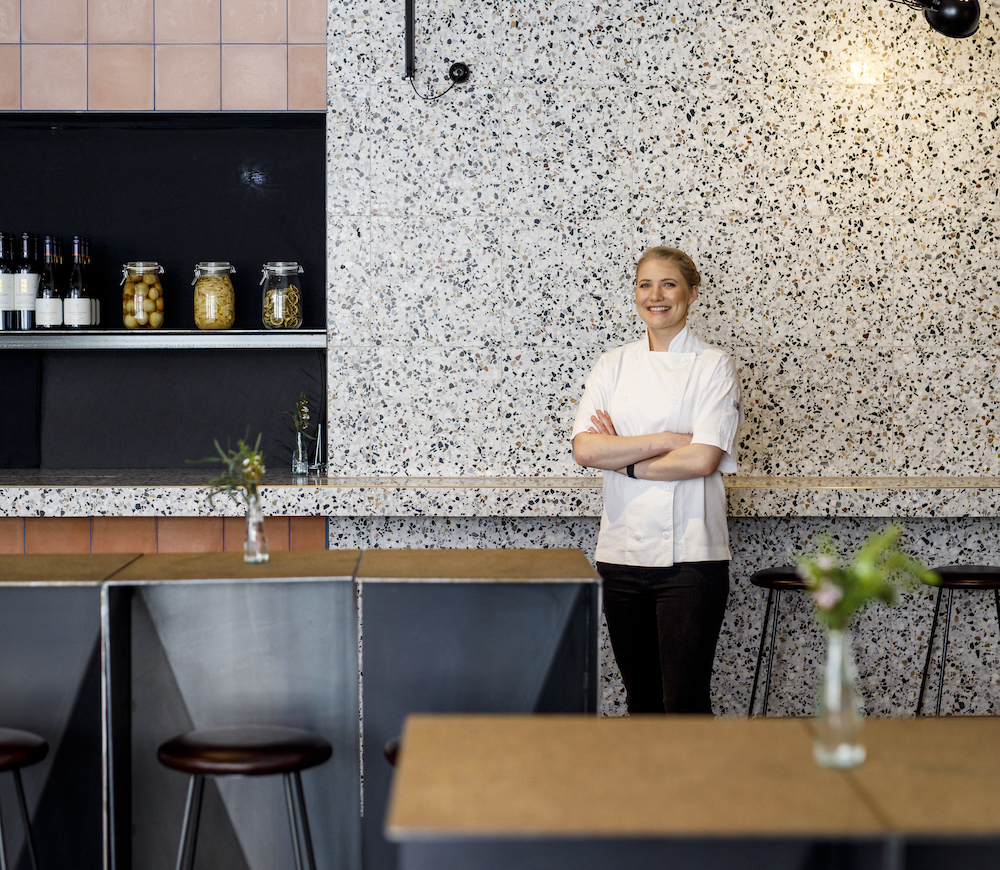 Maaemo, with an ethos anchored in provenance and sourcing from the Nordic region showed Jones a different way. “They never have chocolate on their menu because it doesn’t grow there – only things in season and things they’ve preserved,” she says. This practice of using what is around them, engaging foragers and local small-scale suppliers was what first drew Jones to the Norwegian capital. “I got an internship in the test kitchen to do the new menus and work on waste and so that really became something that I am passionate about – having the opportunity to go and work on the things I didn’t like about fine dining.”

While Jones was contemplating a longer stay in Norway, it wasn’t to be; after seven weeks it was, like many other trips, cut short by COVID. While this came as a blow for a chef who had coveted top-level experience there was a silver lining: her first head chef role, at Republic of Fremantle.

“The main thing is knowing where our produce is from, sourcing it locally, and reducing waste in the kitchen.”

Behind the pass at this impressive craft distillery, Jones has brought together her past and her present to shape the direction of the menu. “I think the main thing is knowing where our produce is from, sourcing it locally, and reducing waste in the kitchen,” she says. One small example, she says, is using tomato offcuts for a tomato butter to go with a crumpet dish that has, she thinks, found its audience. It’s one of many short, sharp bites on a menu that makes a star of snacks to go with drinks, all of which punch well above their weight.

Jones says that working with distiller Oliver Kitson, someone with so much knowledge, “is really quite special”. Akin to many winery chefs, Jones says that the distillery is her culinary guide. “We make really lovely spirits from scratch, so I use the same ethos: food is from scratch, it’s designed to have with the drinks and I always think about not overpowering or overshadow the spirit, because that’s what we’re all about.” Oslo’s loss is Fremantle’s gain.