From humble continental rolls to crusty, chilli-laden bánh mì, WA has not shortage of options when it comes to things in bread. But where to start? Let us be the guide, with our wrap of the state’s essential sandwiches to wrap your hands and mouth around.

Perth has no shortage of continental rolls, with local standouts at The Re Store (in Northbridge and Leederville), North Street Store (Cottesloe) and Angelo St Market (South Perth) flying the flag for the self-proclaimed state sandwich. For a riff on the classic, head to Peggy’s in Fremantle and pick up an antipasti roll with mortadella, provolone, salami and pickles. Then add the chicken schnitzel sandwich – an exceptional version – for good measure. If katsu is more your thing, the sando at West Perth’s Forklore delivers on soft shokupan. The CBD’s Miller + Baker, meanwhile, is known for its wide range of sandwiches made on freshly baked bread (including their own conti). Then of course there’s Chu Bakery in Highgate, where the mushroom-bechamel-cheese toastie is something of a cult favourite.

For Reubens, Black Pig Deli in Inglewood or Artem in Mount Pleasant are hard to pass up (Artem smokes its own pastrami, to boot), while Ethos in East Fremantle does excellent hot pastrami or fried chicken sandwiches (as well as a mean conti). Those in the South West craving something similar can’t miss Margaret River Bakery for roast-meat sandwiches. 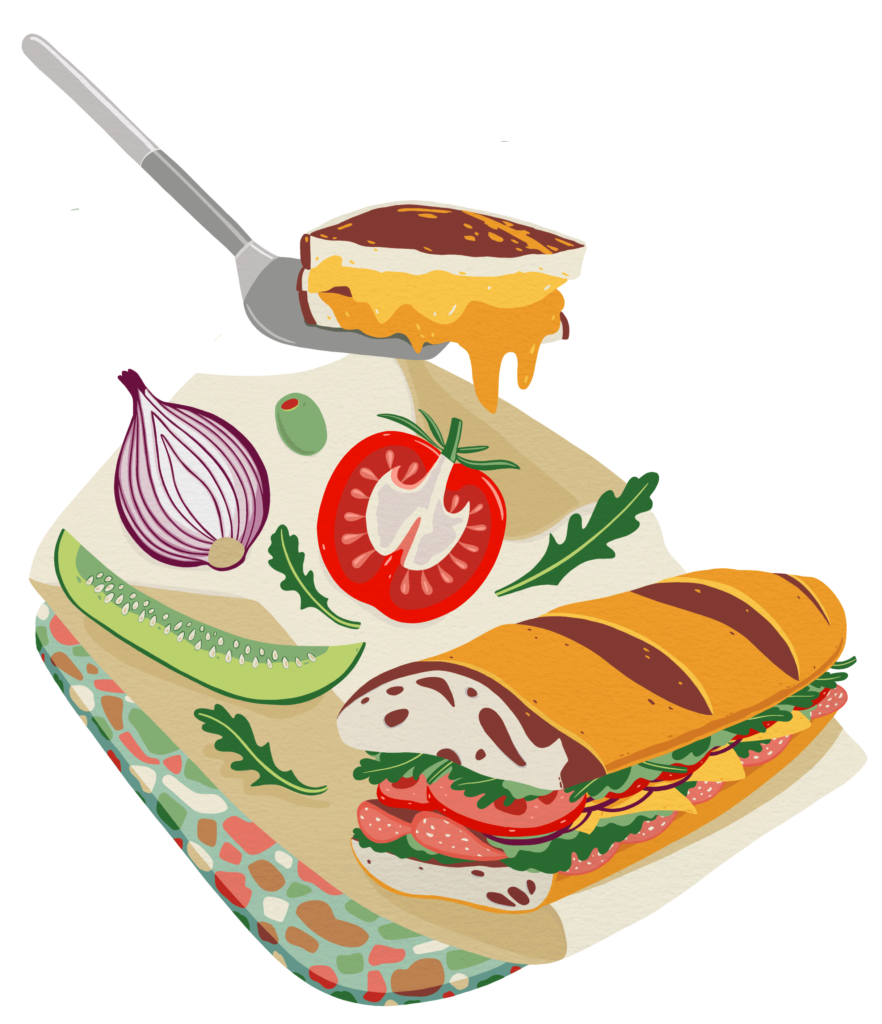 Back in town, Joey Zaza’s does NYC deli classics, including a roll stuffed with Nonna’s famous meatballs. Social Manna (Victoria Park) is known for its mean Philly cheesesteak, just as North Perth’s Blake Hill is known for making theirs with bulgogi beef. For something more Aussie, try the steak sandwich at Mary Street Bakery (multiple locations) or The Karalee on Preston in Como, or pick up a hot roast-meat sandwich from Mondo Butchers in Inglewood.

For bánh mì, there’s no overlooking Nhu Loan (Girrawheen), Bibra Lake Lunch Bar (Bibra Lake) and Made in Saigon (Perth). In Leederville, Bunn Mee is equally worthy, while the city’s Le Vietnam adds a vegan version to an already strong roster. Finally, keep an eye out for Deli’s Continental, which after a cult pop-up is due to open in Inglewood – they might just have the state’s next big conti.

EditorialThe WAGFG Guide to Osborne ParkEditorialState of Play: How Women Are Driving Change in HospitalityEditorialParty of one: the pros of going it alone