Contributing Editor Max Brearley hit the road with Audi Centre Perth to explore what spring means to chefs and growers in Margaret River, the Great Southern and beyond.

From Fremantle, to Bunbury and through the Margaret River region, we’ve called in on farms, regional restaurants and storied estates. As we head further south, then east through the Great Southern, we pull into Brave New Wine, in Denmark, to check on the latest vintage.

Among Western Australia’s low-intervention winemakers, Brave New Wine has carved out a reputation as a boundary pusher, while producing eminently drinkable, unpretentious drops. A similarly low-fuss mood radiates from Andries Mostert and Yoko Luscher-Mostert. Sat around their kitchen table, they explain what spring means to them as winemakers. 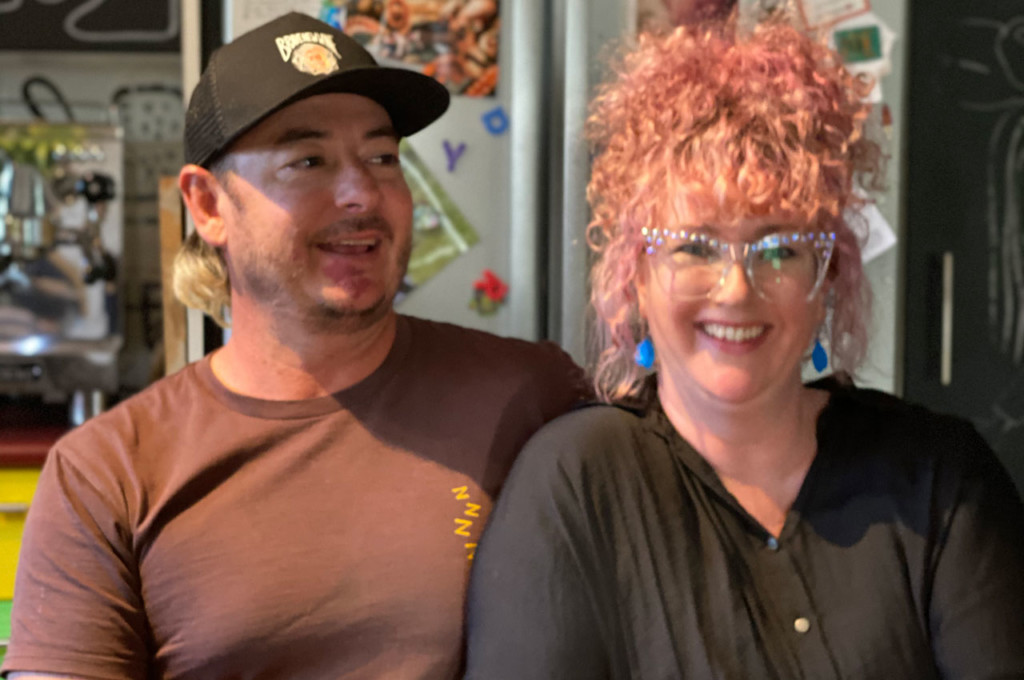 “It’s a really interesting time because you’re coming out of slumber,” says Andries. “Vintage is so full-on that when it’s over you just want to not think about it for a long time. But you can only be in denial for so long; you’ve got to get all your fruit organised and try to predict how much wine you want to make and how much fruit that means you need, and where you’re going to get it from.”

Spring bottling is on their minds; according to Andries, this is the time of year where things either stabilise or keep ticking over. “We don’t push the wines into bottle with stabilisation, clarification, filtration and that kind of thing,” he says. “So we need to give our wines until at least spring to find their own stability. I’m not confident that the wine is stable, even if they look stable, until after spring has started, because if anything is going to start ticking again, it’s always now.”

“I really like that idea that wine goes into hibernation,” Yoko adds. “So when it starts to cool off at the end of the vintage that coolness might knock any fermentation on its head, but then it wakes up again in springtime. So we’ve had some barrels and you can just hear it, ticking again and starting to ferment.”

For Brave New Wine, who make wines designed for the kind of thirst-quenching, sessionable drinking that tends to define the warmer months, spring is particularly busy.

For them, like many winemakers, spring is a time to get new wines out and about before the silly season. For Brave New Wine, who make wines designed for the kind of thirst-quenching, sessionable drinking that tends to define the warmer months, they’re particularly busy. “We make a lot of wines that are for spring and early summer, and designed for that kind of drinking,” says Andries. “Like pet-nats,” says Yoko. “They’ve been through their process, done whatever they need to do in bottle. I always look forward to that because we’re tasting them as they progress through fermentation and now, they’re ready to go.”

A weekend in Albany means a stop at the Saturday farmers’ market. Among Payneham Vale Organics and a breakfast stop at Market Grill, I catch Andrew Bathgate at his stall, which is piled high with beetroot, pumpkin and broccoli. Bathgate Farm supplies the likes of Kenny McHardy at Manuka Woodfire Kitchen and Melissa Palinkas of Young George, and Ethos, all in Fremantle. “Spring is our hardest season for growing,” he says. “That said, we’ve got a lot of coloured beetroot and lots of salad stuff, rainbow carrots are coming along, and we should have them fairly continuous.”

A weekend in Albany means a stop at the Saturday farmers’ market. Among Payneham Vale Organics and a breakfast stop at Market Grill, I catch Andrew Bathgate at his stall, which is piled high with beetroot, pumpkin and broccoli. 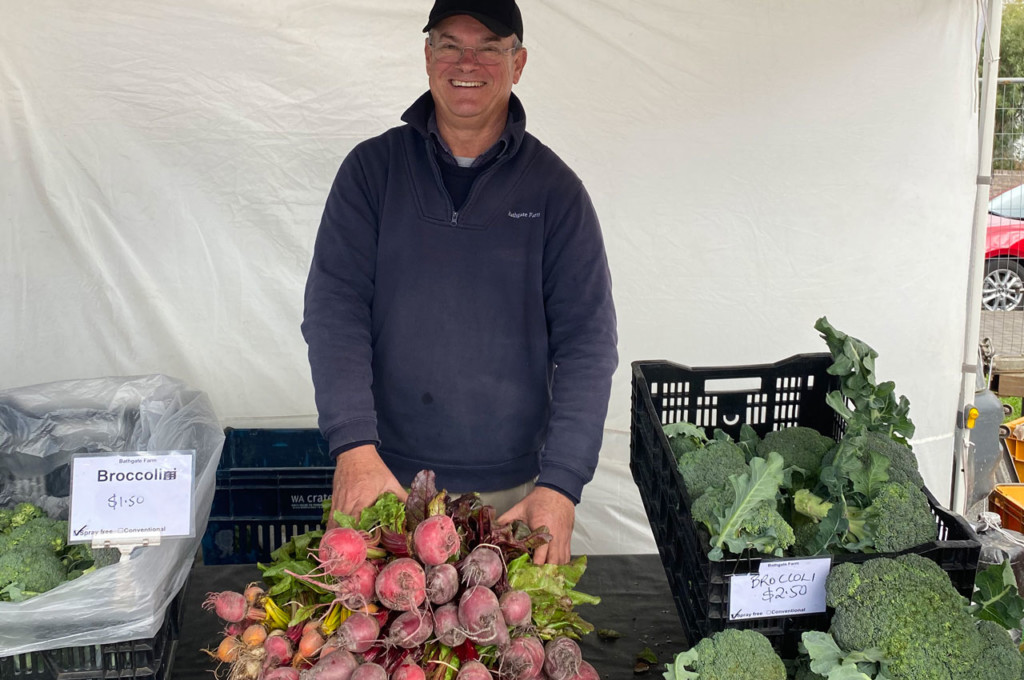 Excitedly he tells me that I have to see “a new variety of spuds coming on in November.” Prince of Orange has been around in the US for about five or six years but is just becoming commercially available in Australia. His excitement is partly financial, with an expectation of a good price, but he’s clearly enamoured of more than the dollar value. “It’s just stunning, when you peel them, they’re slightly orange,” he says, flashing a picture on his phone towards me. “I would have called them waxy, but they’re probably an intermediate because they do anything; stunning texture.” Expect a flurry of Prince of Orange this month.

My promise to keep my loaned Audi Q8 on sealed roads takes a turn at the home of Futari Wagyu east of Albany, with a suggestion of, “do you want to get a picture of the car with the herd?” Thankfully it’s an uneventful shoot, circling the herd, getting a look at them up close where the emphasis on developing the forequarter, not the hindquarter, is evident. 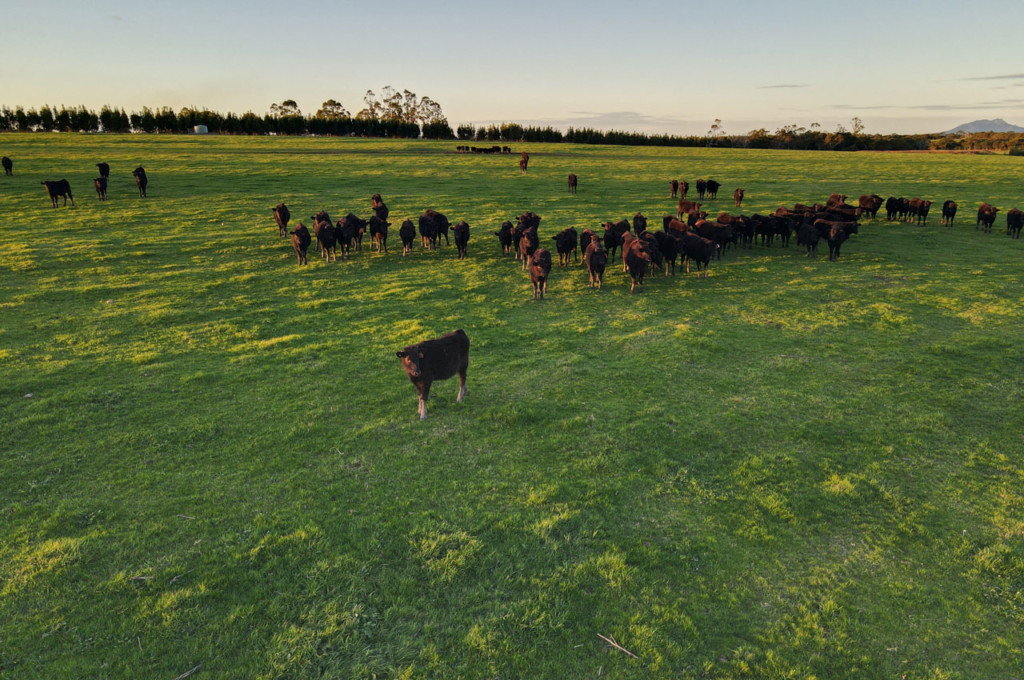 Peter Gilmour, you feel, could talk wagyu until, well, the cows come home. It’s a far cry from his previous career as an America’s Cup skipper. As we take to the paddocks discussing his family’s full-blood wagyu operation there’s a lot of ground to cover. Spring is commonly when the Gilmour’s calve.

“It’s a four-year journey from a genetic decision to a piece of meat on the table,” he says. “And with that genetic decision we can make further decisions around whether we keep an animal on feed a little longer.” In effect when eating premium meat, and wagyu in particular, it isn’t simply a product of just that cow’s life, more a product of generations (beyond even the initial four years, Gilmour adds).

Our conversation leaps from the price of a straw of bull semen (a new one on me – and anywhere from a few hundred dollars to tens of thousands) to their economic benchmark being a cow’s fertility (some wagyu breeding stock living to18 years as opposed to 5 or 6 for Angus). There’s a clear passion for the whole process from paddock to plate, demonstrated as Gilmour jumps from his ute to pull up some feed crop; a kale-radish cross developed in New Zealand.

“It’s very high in protein,” he says, handing me the dense green leaf, just starting to flower. “Oats, barley and wheat are typically about 14% protein. This is 29% protein. They’ll chew this right down to the deck. It’s a little bit bitter, which is the radish coming through,” he says taking a bite. “Very palatable.”

And so I find myself sampling cattle feed fresh from the paddock, soaked by rains coming in from the Southern Ocean. It is, surprisingly, very palatable. 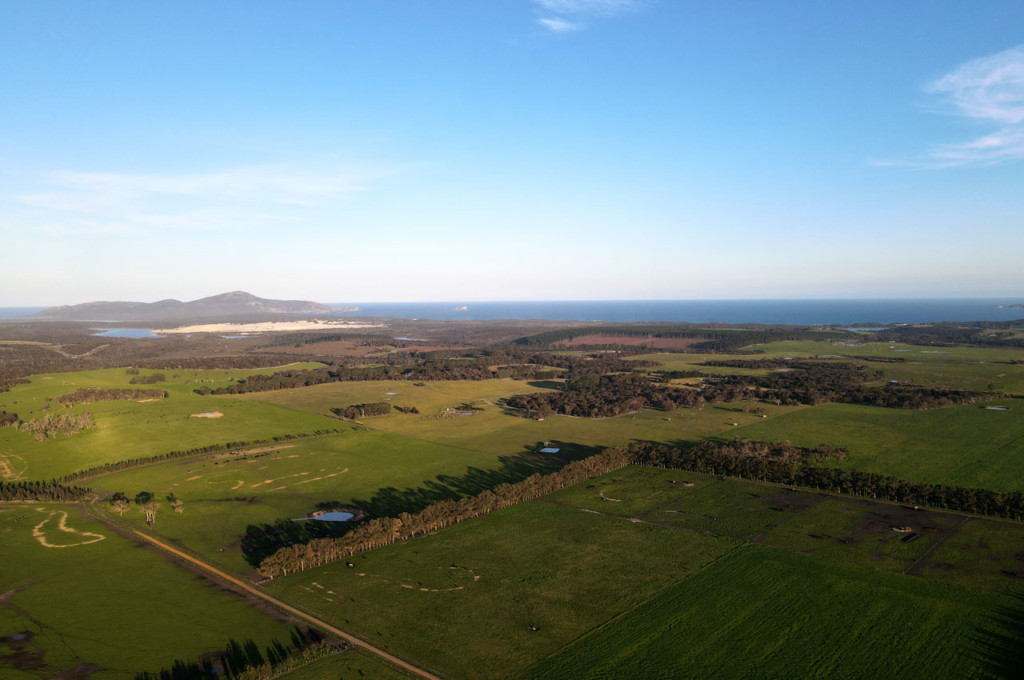