Former Yellow, Oscillate Wildly and Nomad chef Adam Robson has been announced as head chef for Cape Lodge as Z1Z overhauls the luxury South West getaway with a new menu and a sustainable approach. We caught up with him one morning to see what he has in mind for the kitchen at the storied property.

It’s 8am, a frost has settled on the grass overnight and Adam Robson Chew knocks on the door. “Are you ready?” The chef is here, pre-breakfast, to lead me on a tour of Cape Lodge, the property that since opening in 1992 and undergoing renovations 10 years later, has become the last word in luxury accommodation in the state’s South West.

As the light peeks through clouds, we stroll past the sprawling private residence, past the estate’s tennis court and rose gardens, and of course the lake and the proud restaurant that sits at its edge. It’s here that Robson Chew has just begun overseeing a quiet revolution in the kitchen as Cape Lodge enters a new era under the portfolio of Z1Z, the group behind ambitious Perth openings Cooee and Indigo Oscar, overseen by executive chef Tom Haynes. 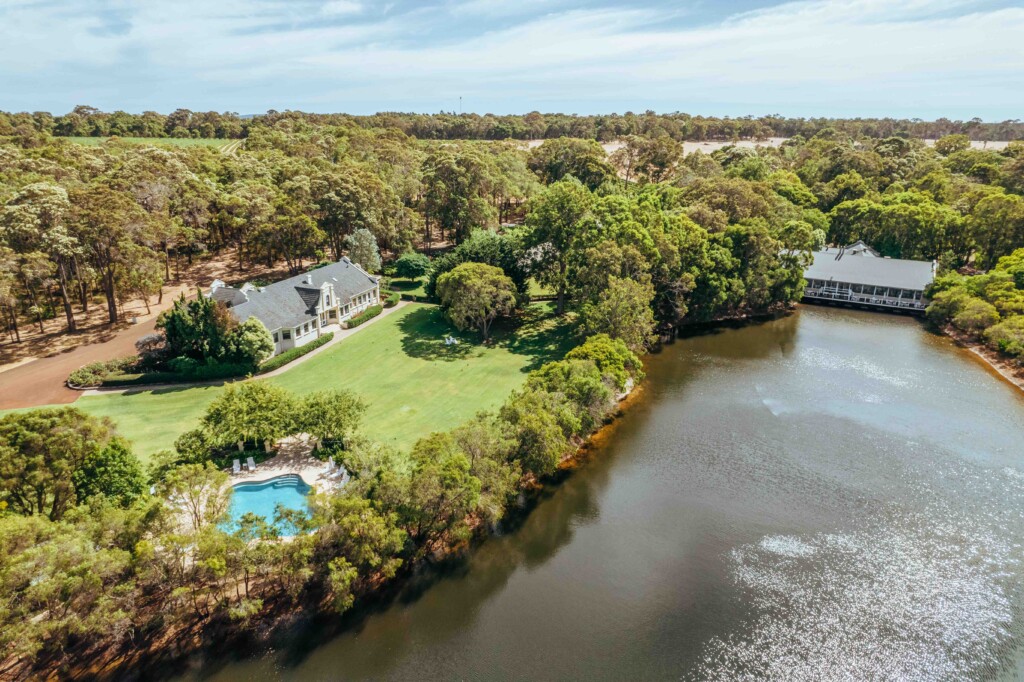 Trained in his native UK at Michelin-starred restaurants, Robson Chew first landed in Australia in Sydney, landing a job under Brent Savage – one of the country’s most awarded chefs – at Bentley, then Monopole and Yellow, all hatted kitchens with contemporary fine-dining sensibilities. That took him to the esteemed Oscillate Wildly and a coveted head chef role at Nomad, before Haynes, who he’d cooked with at Matt Moran’s Barangaroo House, brought him west to oversee Cape Lodge’s next chapter. (This is no guest stint, either. Robson Chew’s moved west with his young family, his first child born a West Australian just a week after we meet.)

When we speak, it’s only been a month or so, but that’s already manifested in a stripped-back approach on the plate, where dishes might only have a few elements, but each is given its due. “We want it to be obviously hyper-seasonal, but just showcasing what’s around, a little like a country-style offering in a sense,” he says.

Right now that might look like thin coins of Shark Bay scallops plated with kohlrabi and dill; local spring carrots, lightly roasted, arranged in a mosaic over savoury tahini dressing; Augusta hapuku, crisp-skinned with the flesh just set, plated with a pressed wedge of potato and a tarragon sauce; or fillet of beef, nicely rare, crowned with a torched cabbage leaf and served with pickled eggplant. 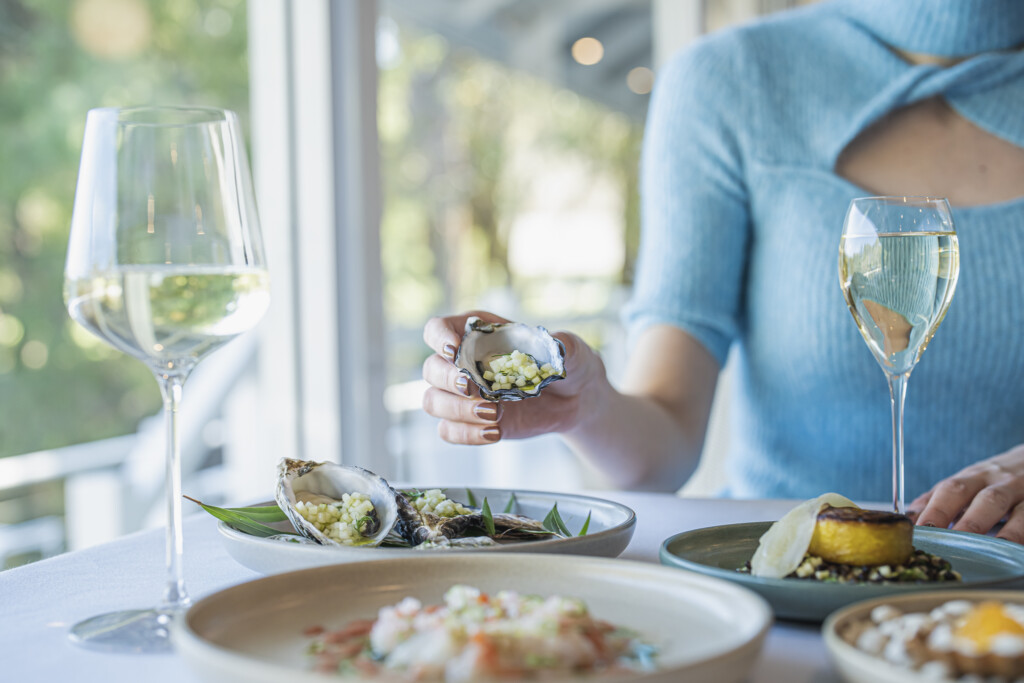 Refined, yes, but pared back also. “We want it to be a place where locals in particular come back in, to make it more approachable, in the sense of giving people something that they wouldn’t have at home but also something they relate to – we’re not trying to reinvent the wheel,” he says. “I just want it to be good because it’s good.” Basically, expect precision, expect technique, but also expect real cooking and a respect for produce rather than liquid nitrogen or savoury mousses pumped out of espuma guns.

Wet grass crunching underfoot, we track past the grapevines and the grapefruit trees at the entrance. In old garden beds wild fennel runs rampant, while in the plots behind the restaurant rainbow chard and soft herbs catch the morning sun. Further to the edge of the property, Robson Chew points out a few mounds of freshly tilled earth among a makeshift citrus grove. This is where they’ll further expand the kitchen garden, turning what’s currently a trickle of fresh estate-grown produce into a stream, fuelled by compost, a worm farm and with the goal to make it another feature that guests can explore as part of a sustainable luxury experience.

“The kitchen garden, the idea is it’s going to be interactive,” he says. “So you come in and, say, you have your gin and tonic or your negroni in the garden, there’ll be fire pits and that kind of thing. The idea is obviously to try and use as much as possible.”

“Right now we’ve been pulling out a few potatoes, bits of salad here and there, and there’s a lot of existing flowers that we’ve been using. The biggest one at the moment is the citrus, there’s grapefruit trees, limes, makrut limes up there, there’s pomegranates too. Then there’s figs, which we’ve been using for making jams and going on the menu in other regards. And now spring is when it’s really going to get nice.”

Robson Chew stops by the lake and peers in. Idyllic as it is, glassy and still on a cool morning, the chef hopes that Z1Z will be able to put the lake in a position where it can be seeded with freshwater trout or marron that can then be used on the menu. It’s early days, and it may not turn out, but with fresh eyes come fresh opportunities, and it’s emblematic of the thinking that’s going into the property: no body of water lies dormant, no piece of earth is overlooked.

Still, the brief is to change things slowly. Covid saw a switch to a set menu, and the shift back to something more flexible will come. For now, it’s been about recalibrating, building a team, a culture, and a network of suppliers who align with the new direction. “There’s already existing connections,” he says. For vegetables, for example: “It’s Mario, a local guy – we’re expecting a lot of his stuff to come through in the spring.” 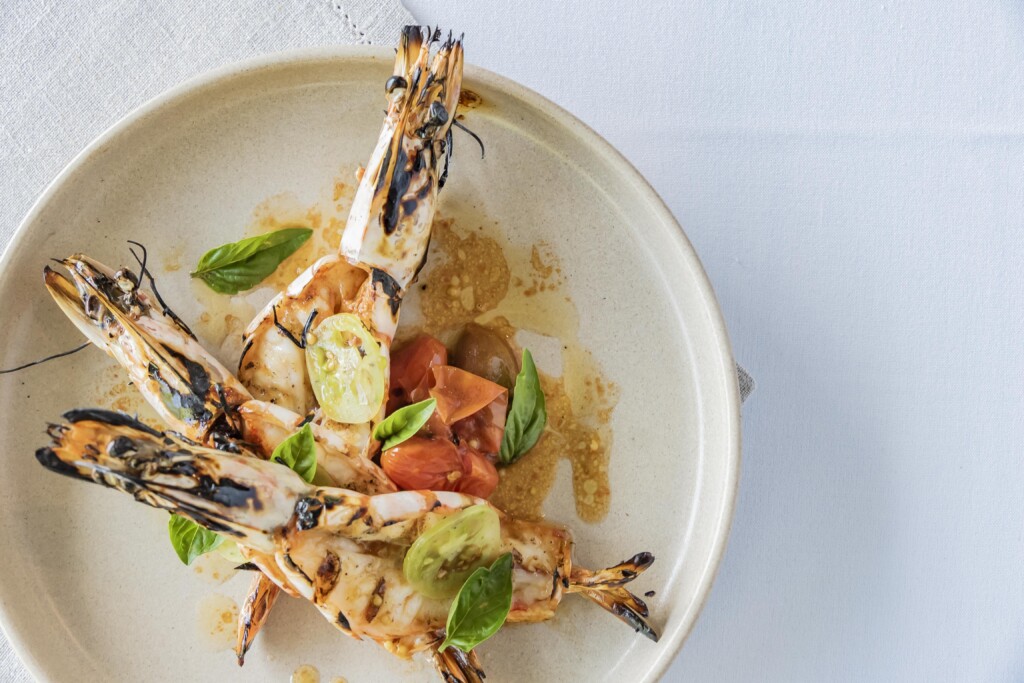 Cheese? Olives? The rest? “We’re using the Halls Suzette, a delicious Normandy-style cheese, from Suzanne and Phil. Local olives. We’re slowly building. We use a local jam supplier – Jo, who works front of house at breakfast, that’s her friends. It’s just slowly building the relationships.” Soon, that kind of connection will feed into every part of the menu.

Then when it comes to culture, Robson Chew is drawing on first-hand experience, recognising that a regional restaurant is one where you need not only committed staff, but someone willing to play mentor and develop a team capable of executing to a consistently high standard. So as much as sustainability plays a role on the plate, having a sustainable approach to work-life balance is just as crucial. “I started late in kitchens, I started when I was 21, and that was pot-washing,” he says. “Working at Bentley under those chefs, you change your mindset, and you realise that you’ve got a lot to learn. It was all the new flavour combinations for me, it didn’t need to be so starchy and rigid in the service but you’re still doing a really high-end product, understanding new flavour profiles.”

Robson Chew then landed at pint-sized degustation venue Oscillate Wildly, where he worked under renowned chef Karl Firla. “Karl was just so totally different, he really taught me how to manage people,” he says. “Especially coming from more of an old-school mentality where you put your body on the line and it doesn’t matter what happens afterwards. Karl just taught us to be a little bit more sustainable.”

That approach will go into the kitchen here, but of course sustainability and produce-driven cooking on the plate is the goal, too. Already the chefs are interrogating every aspect of their process –  kitchen waste is composted and used on the gardens and vines, plastic wrap is biodegradable, and they’re finding alternatives to all the vacuum bags used for cooking sous vide. Honey from the property’s bees already shows up in dessert, and should make its way into the onsite providore after next season’s harvest. 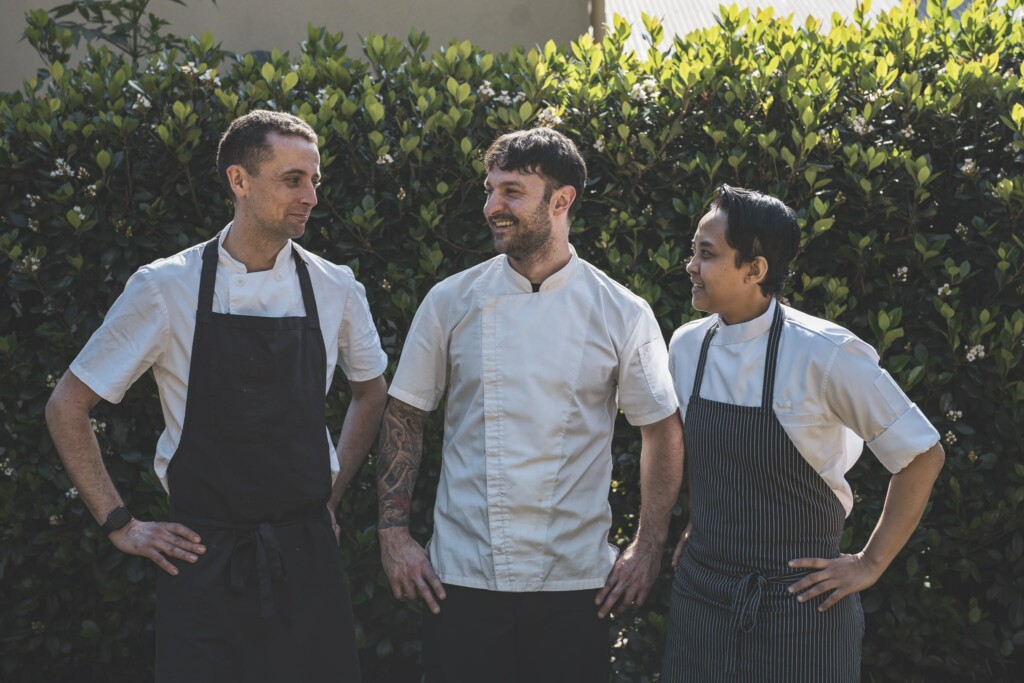 As for the current season, spring produce is the driver, with Robson Chew thinking lighter and brighter. A raw fish dish might consist of lightly cured trevally, torched briefly, then plated with a sauce of nasturtium and green apple on housemade taramasalata, or Shark Bay snapper carpaccio with estate-grown citrus, herbs and flowers. A wedge of roasted pumpkin might be served with roasted hazelnuts and bulgur, barley could be spun into risotto, and Amelia Park lamb from up the road might gain crunch from pepitas and sunflower seeds. As for beef? It might be plated with a potato and leek sauce, dusted with leek ash and flavoured with shallot and chive oil. “Simple,” says Robson Chew, “but I like to think it’s full of flavour.”

And while the chef is just at the starting blocks, watching him extend his networks, quietly overhaul the menu and align the kitchen with the future is going to be a delicious process, with Cape Lodge set to become even more of an essential destination. “It’s a journey, it’s going to take time,” he says. “But every day and every week, we just get a little bit closer to where we want to be.”