Impressive experience and the existing culture at State Buildings are both at play as chef Jane Collins writes the next chapter of one of Perth’s most consistent casual heavyhitters.

Jane Collins, who took up her position leading Petition at the State Buildings earlier this year, has a storied resume. The chef rattles through heavyweight culinary names she worked with across her past few decades in the U.K., with a few years in Sydney thrown in around the opening of Luke Mangan’s iconic Salt restaurant at the turn of the century.

A Kiwi, Collins left home at 18, training and working in the Netherlands for six years, but it was London that proved to be the crucible of her career. Over 15 years she worked in many of the most well-known kitchens of their time. Le Pont de la Tour on the River Thames, one of Sir Terence Conran’s first ventures into big-ticket dining, and home to noted Aussie chef, John Torode, was a start. Collins notes time at The Waterside Inn. “Just 14 months, couldn’t do any more,” she says with a laugh that any survivor of three-Michelin-starred kitchens of the era would understand.

Richard Corrigan, the force behind the likes of Bentley’s Oyster Bar and Grill figures, as does an interview with Marco Pierre White that led to a position at Chez Max with well-known chef-cum-restaurateur Max Renzland. “It was just quite a big French brasserie, Marco wasn’t cooking, but he was definitely in the kitchen annoying us most days,” says Collins wryly. “I did a couple of years there and then I went out into the country.”

Kitchen culture has since changed here, and there, says Collins. “It’s a different game, a different scene altogether. I think something the Australians have brought into play with this hourly rate is definitely looking after their staff.” Collins recalls that there was no cap on hours in her early days, the expectation of a 60-hour week which would be up to 80 or 90-hours higher up the culinary ladder. “7am start to 1am finish,” she says. 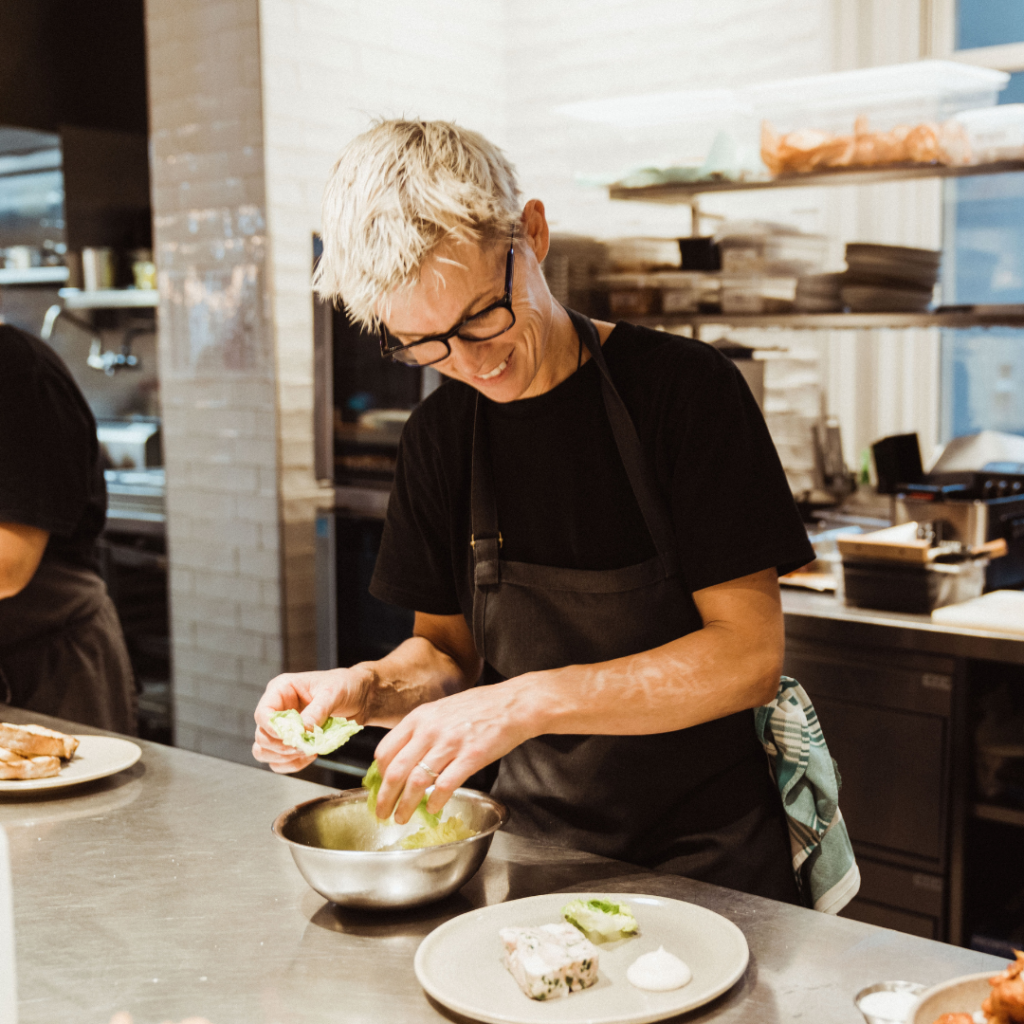 In terms of culture beyond hours Collins simply comments that “the fish rots from the head,” before flipping to discuss the positive culture that she’s now a part of. “If you’ve got someone like Kim Brennan [executive chef, State Buildings] who has got a lovely temperament, who looks after his team and isn’t losing his rag at the slightest thing, you’re going to get people staying longer,” she says.

Collins’ appointment seems serendipitous. She recalls dining at Petition five years ago while on holiday. “I loved it,” she says. “And as I was leaving London to move to Perth, looking for work, Petition came up.” Thinking back to that meal, Collins mentions Jesse Blake, the chef credited with putting the multi-faceted venue on the culinary map. The two talked, and while many chefs would be keen to tell their own story, Collins has no ego in talking of the imprint that Blake left on Petition.

“There’s no set agenda for the type of cuisine – it’s because Petition has always been that; Jesse put his stamp on it. If you want to go more fusion, you can do that, and when you do a pâté en croûte you’re going to put on a proper quince jelly not, say, chilli jam,” says Collins. Needless to say, she’s found her way with the menu. While still a sharing concept and “maybe not quite as left-field as Jesse because of my European training,” she says there’s now more of an Italian and French influence running through, as well as elements of an Asian influence by virtue of available produce. 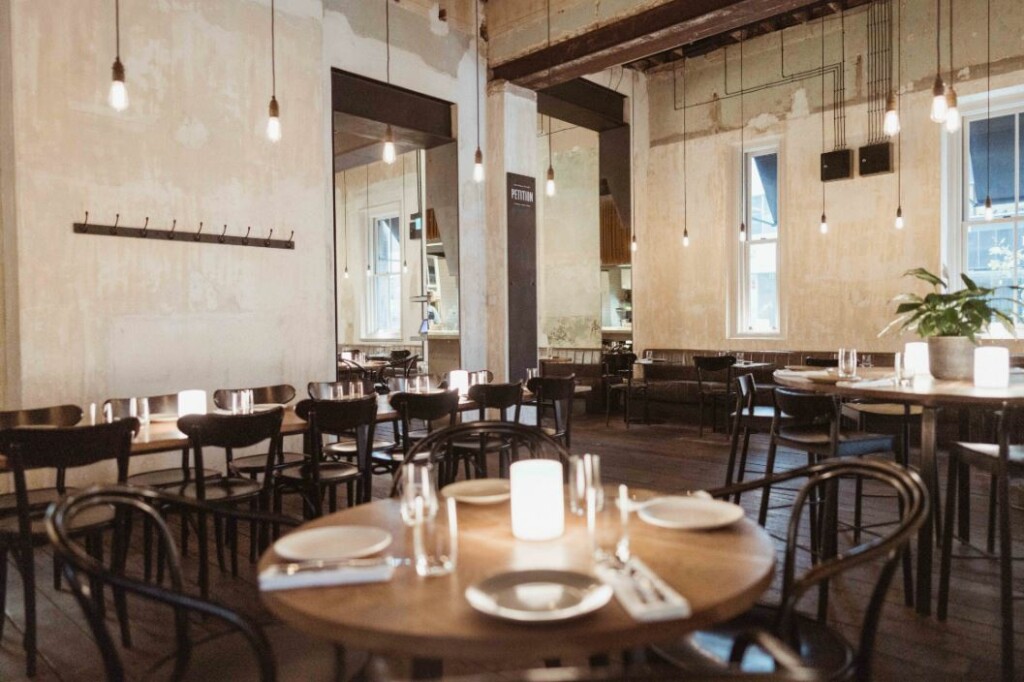 “You’d be silly not to make the most of those incredible ingredients,” she says. “I worked for David Thompson when I was in London, when he opened Nahm restaurant.” Collins laughs, perhaps at the absurdity of life’s turns: a few decades later she was reminiscing with Thompson in Perth, who’s Long Chim outpost at the State Buildings has become a city mainstay. She jovially told him he was “a monster” in the kitchen back then. “We didn’t know anything about Thai food. we were slow, but it was a great learning curve,” she says. “I definitely use that Thai influence in my food.”

Of the challenge of a new city, Collins says Perth is very much about building supplier relationships and doing your homework. “I’ve met a couple of chefs, and we have a really long list of suppliers so I just research that, go to as many of those places to visit as possible,” she says. And as far as the native ingredients that colour many of our menus here in WA, she says there’s her own research, plus “Michael up at Wildflower. I chew his ear off.” While her career may have started in regimented brigades, it seems that at the State Buildings she’s settling into a more relaxed mode, but slowly evolving the cooking as she goes. Long may it last.