To celebrate the 50th anniversary of our partners at Austral Fisheries, we took a deep dive into the unique team culture that has inspired its success and what’s next in store for the leading commercial fishing company.

David Carter is fond of describing himself as “a simple fisherman”; one suspects genuine humility, rather than cheap self-effacement. But it’s a powerful clue to the core values of the company he has steered as CEO for the past 15 years and, one way or other, served for the past 44, almost his entire career.

Austral Fisheries is, first and foremost, one of Australia’s largest commercial fishing companies. A carbon-neutral, science-based, sustainability-focused fishing company that also happens to be a leader in the processing, brand development, marketing and distribution facets of the industry.

But fishing is and, says Carter, always will be at the business’s core. Indeed, for all the mergers and acquisitions, the brand development and international recognition as a company with sustainability at its heart, it is the majesty of the sea and the lure of the quarry that underpins the Austral team. In so many of Austral’s people there exists a sliver, if not a decent slice, of Herman Melville’s immortal character Ishmael, driven to distraction by the desire to “sail about a little and see the watery part of the world”

“It is a way,” says the central character of Moby Dick as he succumbs yet again to the lure of the seas “I have of driving off the spleen and regulating the circulation.”

Commercial fishing, be it whales in Melville’s time or the Patagonian Toothfish today, with its sense of adventure and danger, has always captured the public imagination.

“Fishing isn’t like other businesses,” says Andy Prendergast who manages Austral’s Northern Prawn Fleet. “You either love it or hate it. It demands so much from you at times but can give so much in return.
“The thrill of the hunt, the satisfaction of knowing you have built something from nothing, the freedom to make your own decisions and the highs and lows of success and defeat are all part of your daily intake.

“Being isolated from friends and family for long periods of time isn’t for everyone but when you get the right people, give them the right training and sit back and watch them grow into the role is a really cool thing to be a part of.”

Adventure is rarely far away.

“There was one incident,” says Carter “many years ago, in the Southern Ocean when young Wiremu Shore was hooking up sweep lines on board the Southern Champion when the boat lurched, the trawl door moved and Wiremu went into the water over the back of the boat.

“It was 8pm in the sub Antarctic in a 40 knot wind with a five metre sea. The water temperature was two degrees and he had no survival suit.  Against all odds, the crew spotted him, two of his shipmates risked their own well-being and launched the rescue boat.

“Twenty minutes after falling in he was in the ship’s hospital stripped naked with two other shipmates beside him to restore his core temperature. His youth, and physical and mental toughness contributed to his survival.  Fast forward to 2022 and this tough youngster is now mid-thirties and this year, for the first time, took his first command on our Atlas Cove. So proud of this lad.” 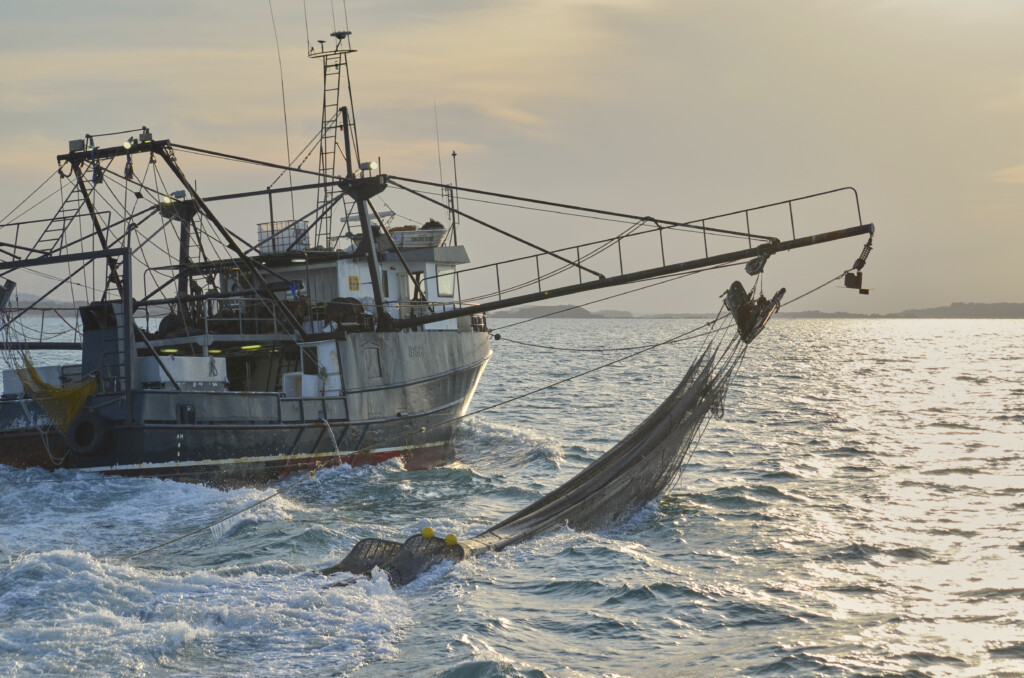 Dylan Skinns, now General Manager of Sales and Marketing after 20 years with Austral, has his own amazing stories of sea life.

“In my first year, I was asked to attach a GPS tracking device to the wheelhouse roof on one of the illegal toothfish pirate vessels parked up in the outer harbour of Port Louis, Mauritius,” says Skinns, whose career with Austral has taken him all over the world. “Disguised as an interested ‘buyer’ of the ship, I managed to affix and activate the device before making it back to shore in a water taxi. It was truly a ‘007’ moment for me in the fishing industry and a welcome to Austral Fisheries at the tender age of 22.”

Dig a little deeper into the Austral archives and we could, no doubt, fill an entire book with stories of the sea.

But, through successive generations of management, it is science, and a fundamental ability to see the bigger picture, that has shaped the Austral Fisheries of 2022, not romance.  A team culture that puts this Perth-based business into a world context that differentiates it, be that resource management or environmental realities. True recognition of the pivotal role social license plays in an industry that answers to community expectations, as well as needs.

Fortunately, many of Austral’s achievements around a sustainability ethos have been well recognised, and documented, be they the Marine Stewardship Council Certification of so many fisheries, carbon neutrality via offset schemes, or indeed the push towards lower emissions vessels.

David Carter has led this as CEO but he credits his apprenticeship to predecessor Murray France for the cultural template. “Nature and nurture,” says Carter. “It was in me anyway, my wiring was such that environmental care was in me. Then it was by way of Murray’s mentorship, and his examples of leadership. He always had a ‘rising tide lifts all boats’ attitude to industry engagement.”

And that included the emphasis on science.

“Evidence-based,” Carter says, frequently. “Science is critical. We have something like eight science graduates within a small management team and that gives a really good grounding to the way we think about the international resource that supports us.

“There are times when we have to take tough short-term decisions that greater long-term benefit. And I think that culture is something that’s unique (to Austral). Our commitment to playing the long game. We’re not driven by the next public announcement to the stock exchange.” 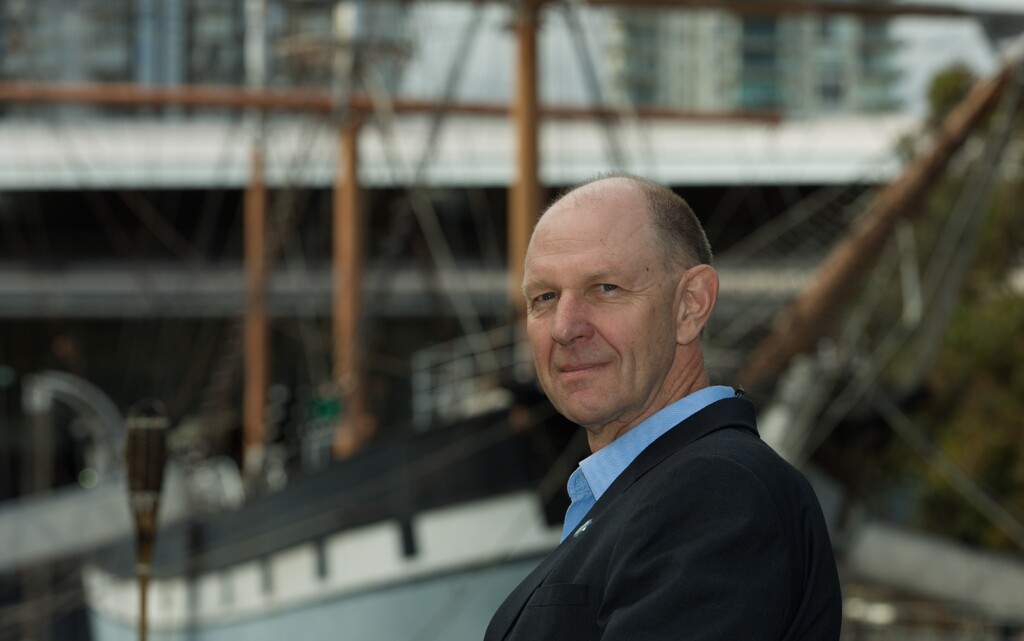 Looking back on nearly 50 years with the business, he says:

“Without doubt, the success that has the single biggest impact on this business has been the discovery and development of the Australian fishery for Patagonian Toothfish. This took us on what has been the most amazing ride and tested every element of our grit, commercial, policy, political, operational and marketing expertise.”

Skinns has two decades of perspective to reflect on.

“When I started, 100 per cent of Austral’s catch was exported to Japan and Spain as a relatively cheap commodity, with no back story and no relevance to an Australian consumer. Today, Austral is well and truly on the map, regarded highly amongst peers and consumers for seafood sustainability, innovation and leadership. All of Austral’s wild catch is now MSC Certified, carbon neutral and provenance-branded to local and world Michelin star markets. Austral’s stable of products can be found on some of Australia’s best menus and across 1,800 retail stores. Twenty years on, we sell sexy seafood brands with story, passion and purpose.”

The challenges he’s proudest of overcoming?

“Playing our part in eliminating illegal fishing in the Southern Ocean. This was a game changing moment for the Austral business and help set the course for positioning sustainable fisheries as our North Pole.” 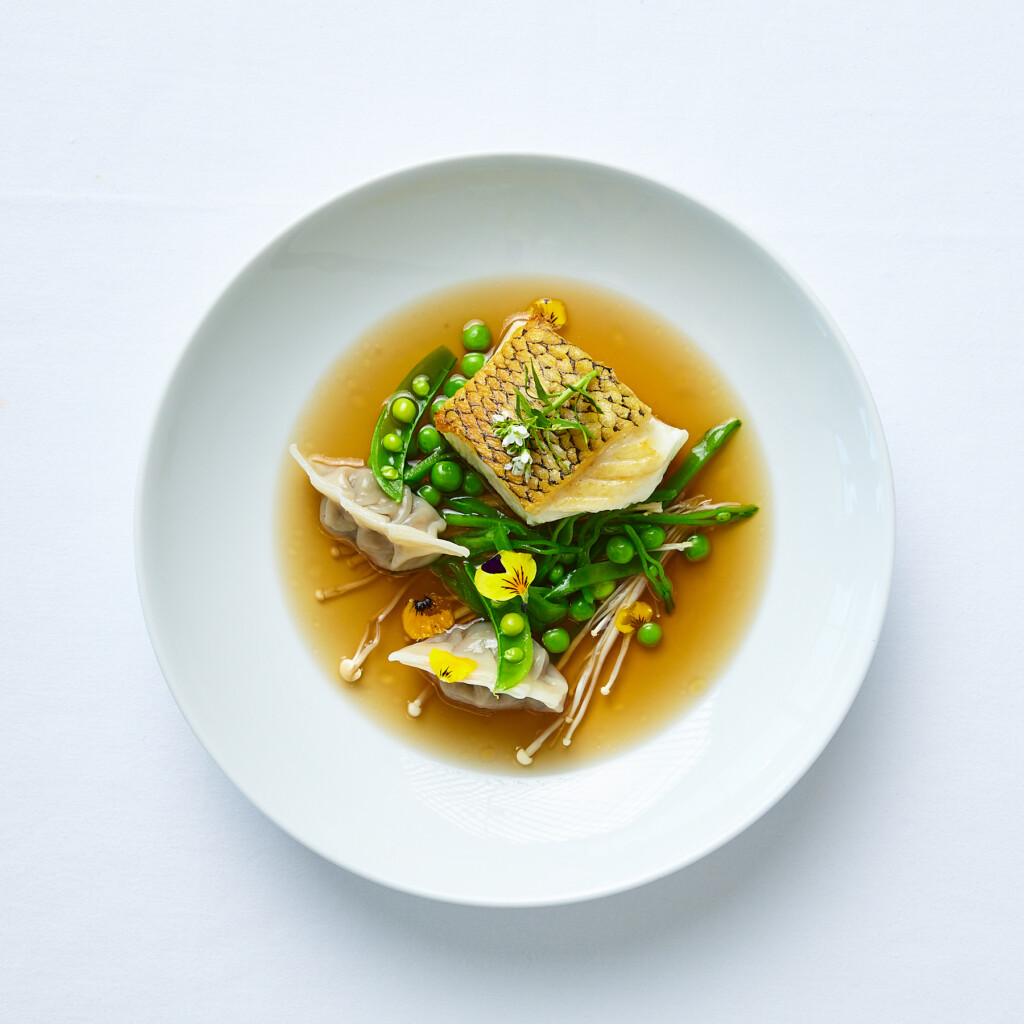 So, in 2022, how does Austral differ, in culture, thinking and execution, from similar businesses in the same industry?

“Whether we differ or not I’m unsure, but we have an amazing culture that genuinely wants anyone that works here at Austral to reach their full potential. In my 20 years as a manager, I have only ever witnessed honest dealings at any level of the business; everyone is treated with respect and we have a group of people dedicated to advancing systems and processes which in most cases are well before anyone in the fisheries we participate in.”

Skinns agrees and can’t help throwing in a footy analogy.

“Everyone is on the bus, completely aligned,” he says. “Austral is a footy team on the verge of playing finals every year, but always looking for that extra edge to win a premiership. When the crew on our vessels are covered in Skull Island branded t-shirts, we know they feel part of the bigger Austral team and take pride in what they pack in the box.”

This company culture is a difficult to measure, but immensely valuable, asset.

That’s the domain of another Austral veteran, Lesley Leyland, who heads up Quality, Safety and People. With 23 years at Austral, her role has grown with the company. Yet it’s that core industry of commercial fishing she identifies with most passionately.

“Understanding commercial fishing is probably the challenge I’m proudest of overcoming,” Leyland says. “My background is imports, export and logistics and trade compliance.  To be accepted as a woman in a ‘man’s’ world and earn the trust and respect of peers operationally has been very rewarding.”

She cites the rapidly changing nature of the Australian workforce as a significant challenge for any diverse business, including Austral. 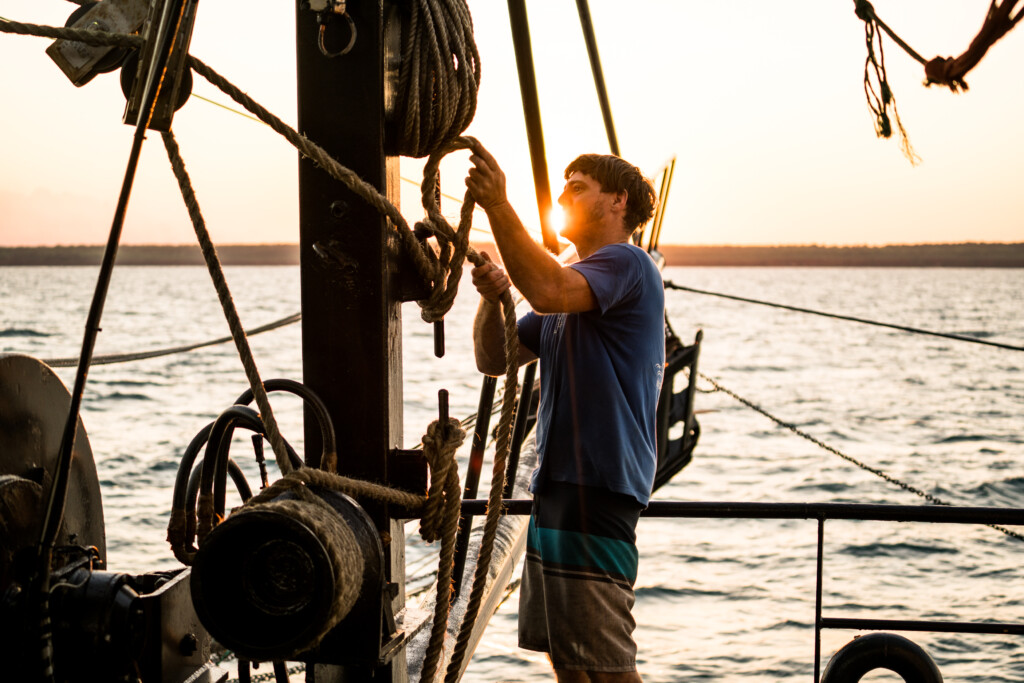 Without people we do not have a business, she says. Austral now has 48 employees, 30-plus casuals and 200-plus people at sea, all Leyland’s responsibility. One way of targeting the right potential workforce is The Austral Academy, one of Leyland’s initiatives, which proactively seeks to connect with young Australians in senior school years who have an interest in the ocean. Young people who want to learn about the fishing industry with awareness in sustainable fishing practises and understand Austral’s goals.

An investment in the future.

“In my role as CEO there are only two things I really worry about,” says Carter. “One is strategy, or where are we going, and the other is culture, because it will be the culture of the business that gets us there.

“I think that as a group we understand the importance of teamwork and shared goals and values and that we have the work ethic passion and commitment to see it through, to get the job done. Our key point of difference is the strength of our ‘why?’.

“The building blocks in Austral’s world are securing access rights to fisheries, investment in science, and that’s just the bleeding obvious, you’ve gotta make sure you’ve got a good handle on what you’re doing to the resource. The investment in third-party certification I consider to be an important ingredient in building social license, consumer and stakeholder trust.”

It’s clear that by so many criteria, the past 50 years for the company, in its various iterations through to what it is today, have been not only successful but inspirational. It leaves Austral in a very sound position to tackle the future.The challenge for Austral is staying relevant to its communities and customers and to structure the business to very much be part of any solution that wild fisheries might offer for a healthy and productive ocean and its ability to make a contribution to feeding over 9 billion humans by the middle of this century.

“At the heart of meeting the many known and as yet unknown challenges is our people and I believe that we have the best in the business,” says Carter.  “They are passionate, engaged and believe in what we stand for and this gives me confidence in the future of this business for the next 50 years and beyond.

“Our role is to remain in tune with the community and continue to meet and exceed its expectations, be they around sustainability, safety, net zero, traceability or whatever else is to come.  I love that we are able to lead by example and influence others through that leadership.”

Interview Where Chefs Eat: The 2022 Edition