Editorial Where Bartenders Drink in Perth

Whether it’s for inspiration or an ironclad Margarita, bartenders always know exactly where to go.

Perhaps the biggest endorsement any bar could possibly ask for is a bartender’s stamp of approval. After all, who knows the ins, outs and tricks of the trade better than the folks who spend gruelling hours behind the stick week in and week out? We asked some of WA’s top talent to share their favourite spots, from pubs, wine bars and late-night dives to breweries, distilleries and high-calibre cocktail joints. Roll up your sleeves, and prepare to bend the elbow.

James Gentile is a lucky guy. All he needs to do to score a solid drink after a long service is take the flight of stairs down to Heritage’s swanky sister bar, Bobèche – one of the very first in Perth to secure a coveted extended trading permit. “After midnight, you’ll always find hospitality staff kicking back in the Chesterfields, enjoying well-made cocktails or a boilermaker,” he says.

When it comes to the perfect Sunday session, Gentile reckons it’s hard to beat the outdoor area and friendly crew at Picabar in Northbridge. His pro tip? “There’s at least one $10 pint that’s always on the go, whether it be Swan Draught or Coopers Pale Ale.” 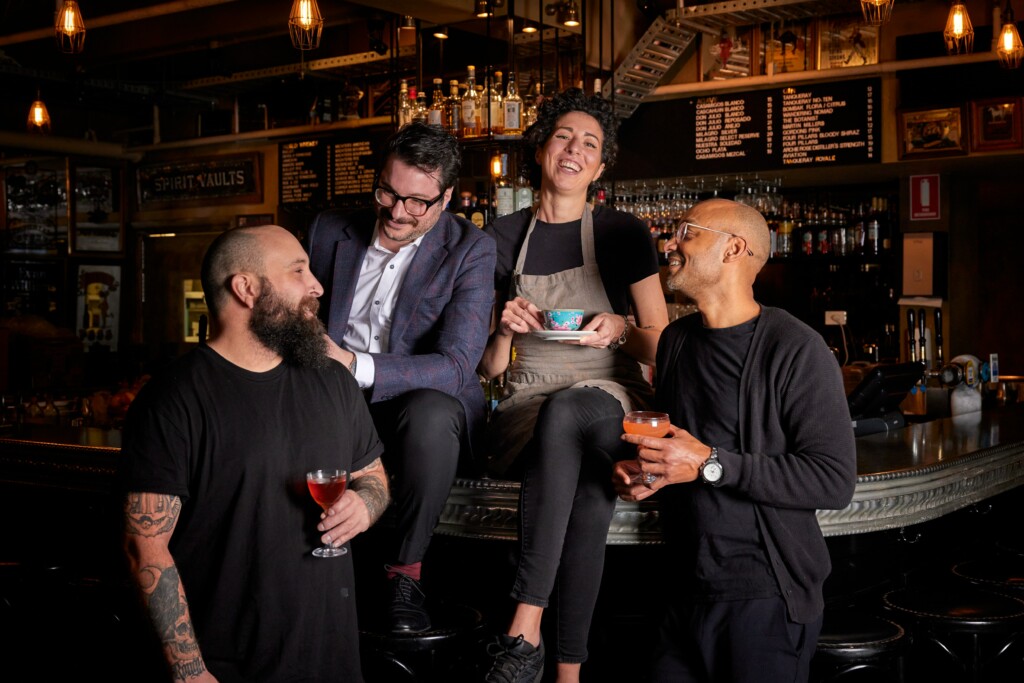 When she’s not busy developing drinks lists for some of the city’s busiest bars, Emma Crisp is often at Besk in West Leederville, tasting her way through the pioneering public bar and bottle shop’s impressive range of craft beers sourced from all corners of the world. “We are so lucky to have a venue like this, with an offering that really pushes the boundaries,” she says.

For a dose of ingenuity, Crisp heads to urban distillery bar Republic of Fremantle for what she believes is the “most progressive” cocktail list in town. “You’re pretty much guaranteed to learn something new every time you visit,” she says. “It’s super motivating, especially for our industry.”

Sil Tsagaris, Bar Manager, Mechanics’ Institute
Ask Sil Tsagaris to name her favourite place for a Negroni in Perth, and she’ll tell you without hesitation it’s veteran small bar Ezra Pound. In terms of the ultimate Tommy’s Margarita, the bar manager at one of the city’s most awarded institutions recommends fluro-soaked hotspot Neon Palms on William Street. “Even though a Tommy’s is fairly simple, you can definitely mess it up,” she says. “This one is bang on the money every time.” 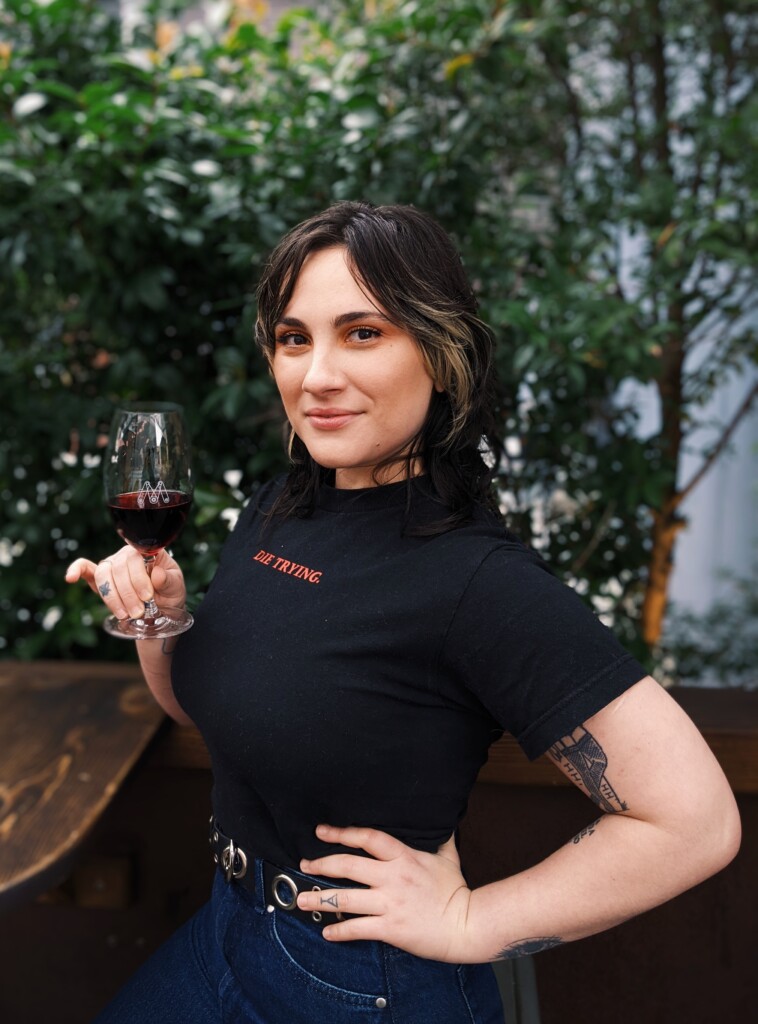 Max Giudice, Assistant Head of Hospitality, Republic of Fremantle
We all have those spots we just keep circling back to, time and time again. For Republic of Fremantle’s Max Giudice, that spot is Highgate’s perpetually rollicking Si Paradiso. “This place has it all,” he says, “from exceptional food and amazing staff to banging cocktails and a beautiful, considered wine list.”

He’s quick to admit he’s fallen hard and fast for Northbridge newcomer Astral Weeks, too. “It ticks off all my boxes,” he says. “Amazing music on vinyl, an incredible sound system, great lighting and warm staff who love working there. There are few more indulgent settings to sip on some whisky or a cold beer.”

Mirco Tarducci, Venue Manager, Bar Rogue
It’s only fitting, as both a sommelier and classically trained bartender, that Bar Rogue manager Mirco Tarducci knows where to find fine wines and sharp revivers in the City of Light. If it’s the former you seek, his pick is Lalla Rookh Wine Store, where “the best classic producers from benchmark regions” and “really sought-after allocations” are available at reasonable retail prices with a mere $15 corkage fee attached to drink in-house. As for the latter, he sums up the native-Australian-accented cocktails at Fremantle’s Nieuw Ruin in one word: “Amazing”. 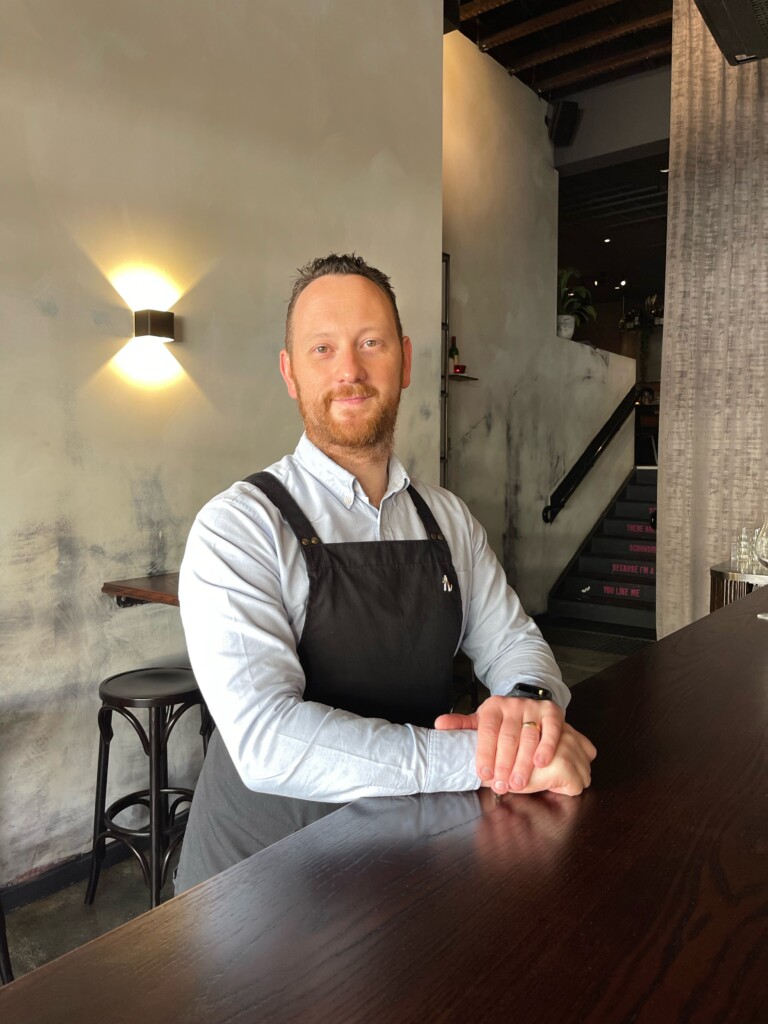 Shirley Yeung, Venue Manager, Foxtrot Unicorn
WAGFG’s reigning Bartender of the Year isn’t short on ideas for liquid refreshment that suit practically every occasion. She’s quickly become a regular at Tom’s Providore & Wine Bar on Beaufort Street. “It’s a very new but great little neighbourhood spot, where I can sit outside in the sun with my dog for charcuterie and an afternoon vino,” she says. On Monday nights, meanwhile, she’s one of many that “can never say no” to the tempting offer of half-priced pinot noir at Canteen Pizza in Cottesloe.

After work, Yeung fancies Fu Lu Shou, the small-bar offshoot of Uncle Billy’s in Chinatown, for “classic cocktails that don’t disappoint and won’t break the bank when it’s not pay week”. And if she has one well-kept secret up her sleeve, it’s 43 Below, Perth city’s oldest underground bar and restaurant, and home – in her opinion – of the best Guinness on tap that money can buy.

Hayden Carter, Director, Neon Palms
Hayden Carter’s days off are often spent at Maylands neighbourhood hangout Brixton Yard. “It’s a great spot for sunny day burgers and beers out on the patio,” he says. And while he may not get over to West Leederville as often as he’d like to, he also considers himself a big fan of Nowhereman Brewing Co, for its “banging core range” and “fun special releases”. 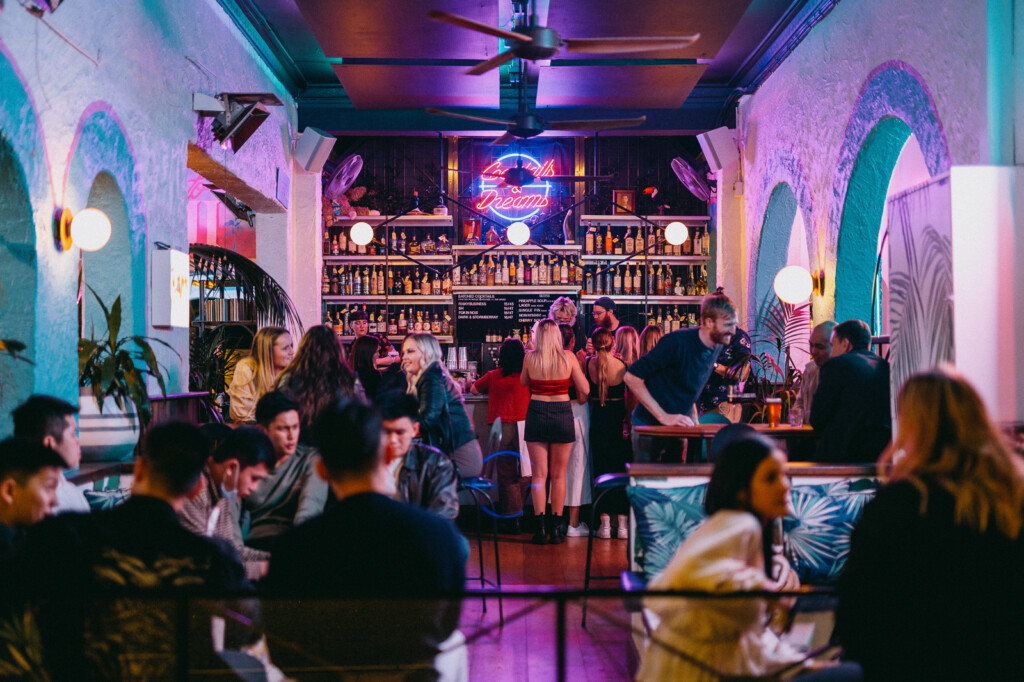 InterviewNow Open: Brown Street GrillInterviewA path to great wineEditorialSoil to Glass: How Excellence Starts from the Ground Up at Cullen Wines