Editorial The WAGFG Guide to the Perth Hills

Just minutes, rather than hours, from the city, Perth Hills holds its own among more lauded food and drink destinations. Here’s where to start.

While Perth locals are locked into a habit of heading down south to Margaret River, Perth Hills offers a treasure trove of food and wine jewels right on their doorsteps. Less than an hour’s drive from Perth, nestled among vines, orchards, olive groves and rolling hills, is a wealth of idyllic venues spread across 100 kilometres of winding trails, ranging from cideries and restaurants to vineyards and distilleries. Here’s a tip: organise a driver and head for the hills.

Core Cider is a total orchard-to-glass cider experience. The Cider Garden looks over the orchard where the first apple tree was planted back in 1939. While the manicured lawn is the place to loll around while working through a paddle of Sparkling Pear, Crisp Apple, Berry Perry or Sparkling Ginger ciders – drops brewed just a stone’s throw away on the farm that’s been in the Della Franco family for four generations. But what to pair with it? Pork belly with sweet potato, walnut and roasted apple, of course. That’s the staple on the set menu in the Orchard Bistro upstairs, but you can keep it casual in the garden with a pulled-pork roll or a pizza followed by a lick of ice-cream. A winner right to the, ahem, core. 35 Merrivale Road, Pickering Brook, corecider.com.au

This elegant boutique vineyard in the Bickley Valley showers guests with liberal pours of wines perfectly suited to the valley’s microclimate. While you sip riesling, sparkling vermentino, tempranillo, shiraz and the quirky but rare durif, owner Josh Davenport shares his food-and-wine trail tips, offers to let you picnic on the terrace and gives snippets of the journey he took to convert the family farm to a vineyard in the late 1990s after working in wineries around the world.

The elegant cellar door is set against a backdrop of gum trees and has a resident gaggle of geese, whose day job it is to control pesky insects and to keep you company while you picnic or share a cheese platter from the cellar door. Tip: definitely try the durif. It’s made from the first WA planting of this variety on the owner’s vineyard and you’ll think of chocolate and dark cherry. Union Rd, Carmel, myattsfield.com.au 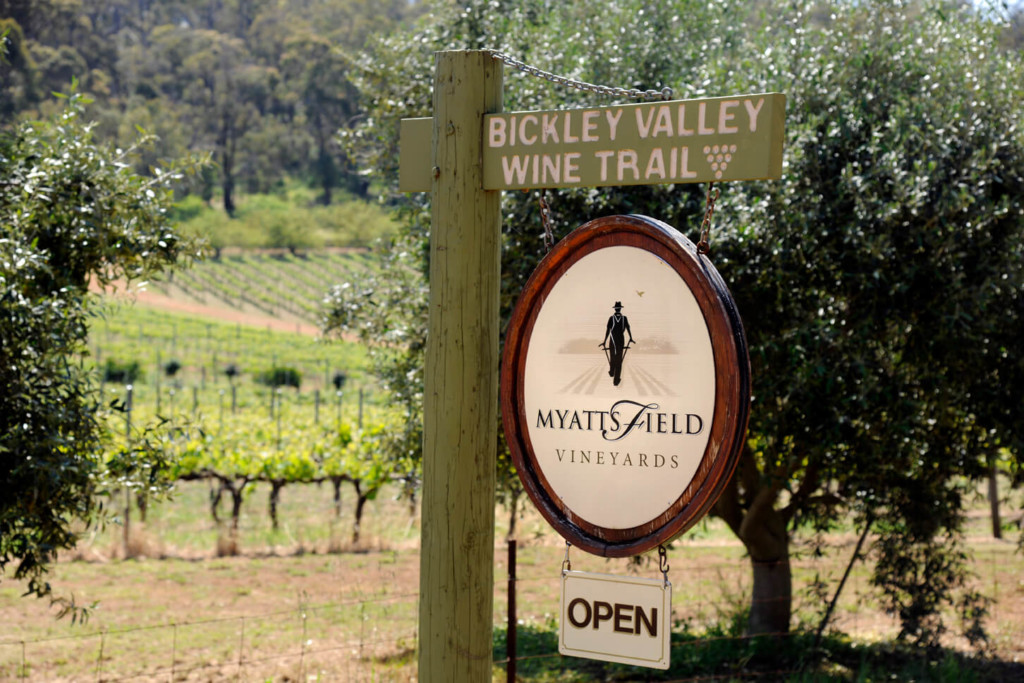 La Fattoria
Fans of the slow-food movement should actually shake a leg and rush to make a booking at this unpretentious farmhouse trattoria in the Piesse Brook Valley, which tugs at the heartstrings over a leisurely four-hour romp through rustic Italian dishes at Nonna’s family table. Nonna here refers to Luezza Radice, the hardy Sicilian woman who, more than 80 years ago, helped clear the land to make way for the orchard and vineyard that now produces the wines and fruit making up the dishes served in her memory at this delightful pitstop.

It’s Luezza’s grandson, Eric, and his wife, Lucy Cole-Radice, who pay tribute to Nonna’s rustic approach in buckwheat pancakes with rocket, chicken agrodolce and savoiardi with ricotta cream, chocolate and vanilla custard – all whipped up by Lucy,  an outstanding self-taught cook. Choose to sit at the family table or graze your way through your own pick-a-platter selections of bresaola, sopressa, cauliflower fritters, baked lemon-thyme arancini or meatballs – either way it’s a feast.

What this venue lacks in glitz it makes up for in rusticity. The entrance snakes through the packing shed after passing by the ramshackle 1930 family home, wine barrels and a vintage Milan scooter. Sit on the deck overlooking olive trees, geraniums and a sign saying “beware of snakes” you’ll feel you’ve stepped back in time. Book in advance. 211 Merrivale Rd, Pickering Brook, lafattoria.com.au

Seven Sins Perth Hills
When the disarmingly obliging staff at this family-owned favourite atop the Darling Scarp describe their serves as generous they don’t even wink at the understatement. Take the much-lauded crisp pork knuckle. At $45, it’s the most popular item on the German-inspired menu of chef-owner Sebastian Sindermann, but it’s more than big enough to feed two, and take home the leftovers. Crisp, tender and served with creamy potato mash, sauerkraut, apple mousse and shiraz jus, it goes incredibly well with a pint of Weihenstephan Hefe, an Oakover chardonnay or even a Sin Gin cocktail made with berries, mangoes, Prosecco and pink gin.

Those thinking fondly of the coast can order a tail of crayfish, which comes drizzled with lemon herb butter and garlic cream with a pile of tomato linguine. A smaller serve is also good value with the crustacean dressed up with a salad of local plum, radish, greens and a cocktail dressing with a Tabasco punch. Other options include fried tandoori popcorn chicken and chorizo arancini. The idea is to sit back, sink a few beers or cheeky cocktails and make an afternoon of it thinking of Oktoberfest. Oh, and order dessert – apple doughnuts. Say no more. 1 Soldiers Rd, Roleystone, sevensinsperthhills.com.au 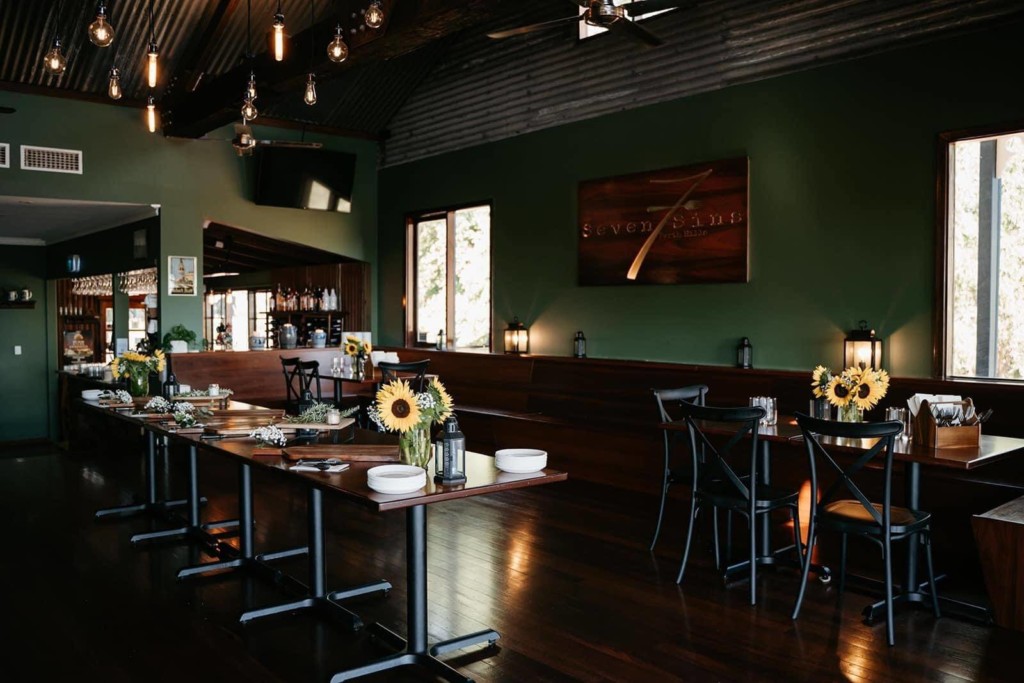 Plume Estate
If it’s panoramic views you’re after, where better to drink them in that Plume Estate, a boutique family-owned vineyard where the vista over Bickley Valley is usually described as stunning, amazing, sweeping and “the best in the valley”. The reward for navigating a very steep driveway is a drop of sparkling to calm the nerves from a perch in the most sophisticated tin shed ever – a café, actually – while checking out the tapas menu. While the focus here is handcrafted wines – sparkling pinot, verdejo, rosé, shiraz and durif – the short list of shared bites should not be ignored. Chicken and thyme pâté with caramelised onion jam will hit the spot, as will a cheeseboard which pays particular attention to provenance. 91 Glenisla Rd, Bickley, plumeestate.com.au

Mistelle
Think of Gascony, the province and wine region of France, and you just might begin to understand this experience in a humble 70-seater which channels an authentic bistro (sans haughty waiters and chateaux, SVP) in the most unlikely of settings. Mistelle – named for the fortified wine so popular in the Gascony region – is tucked away at the end of a narrow, winding lane and features rustic red brick, timber tables and fig trees as drawcards. Benoit Lasplace, the brains and brawn behind the exquisite home-style cooking, is a well-awarded chef who lists Rockpool and Print Hall on his CV. Here, he recreates dishes from his childhood on his prix fixe menu featuring ham-hock terrine, confit of duck or citrus-cured wild kingfish. The litmus test of quality and clever cooking is in the audible crack of the crème brulee, and Mistelle delivers in spades. The Hainault wines live up, every bit, to the elegant labels featuring the stylised Boobook owl, common to the area. Try the soft and supple pinot. Oh, and the staff are definitely not haughty. 255 Walnut Road, Bickley, mistelle.com.au 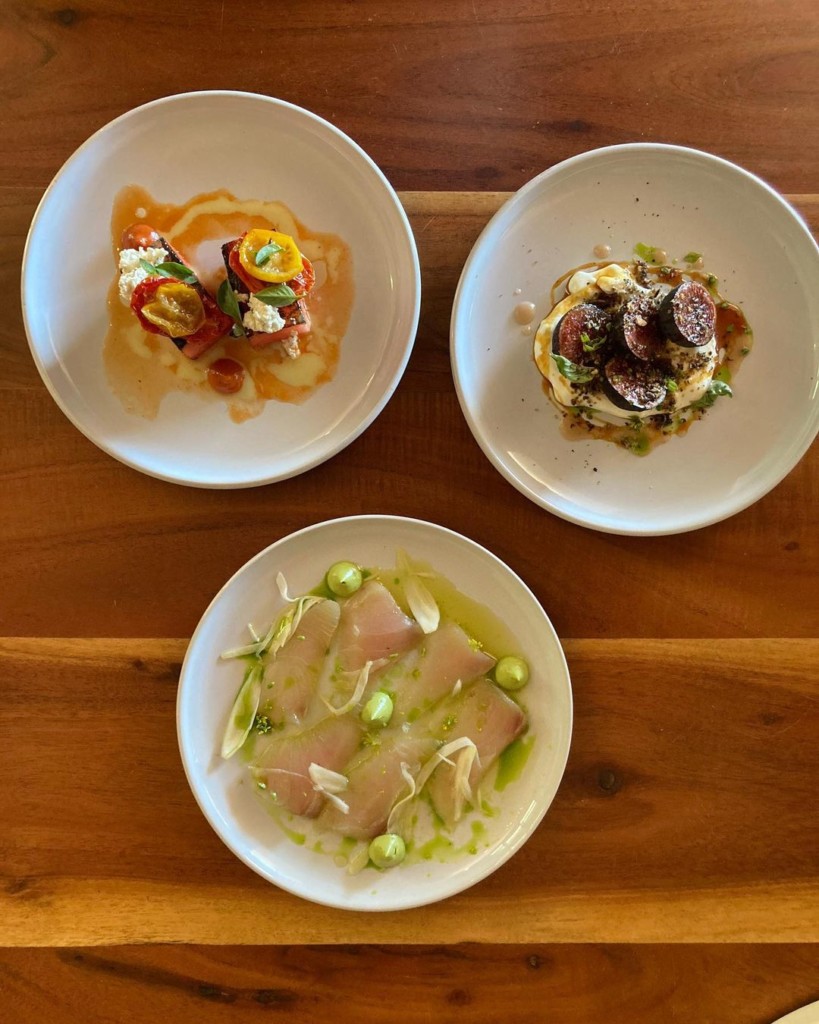 The Packing Shed
Its fancy moniker may be Lawnbrook Estate, but the relaxed vibe here is definitely more packing shed than Lord of the Manor. And you don’t have to look far beyond the shed’s cellar door to see physical evidence of the labour of love that produces 3500 bottles of wine a year. Magic in the tasting glass comes in the form of chardonnay, rosé, pinot and a palate-tingling sparkling with adorable labels.

Sip on Rusty Pony and Shed Red in the area that once served as the old stables and packing shed while chatting to genial co-owner Rebekah Wilson and the chances are you’ll spot her jack-of-all trades husband Bruce, working away in the vineyard. The pair bought the venue in 2014, 18 years after holding their wedding reception there, and they immediately became a hit with locals when they refurbished the café adjoining the cellar door. Things then took off last year when they released their first gin, Lawnbrook Citrus Gin, and it won a silver medal at the Royal Agricultural Show.

A pared-back casual menu might feature pumpkin and feta arancini, chilli and lime bruschetta and the biggest, fattest pork-and-fennel sausage rolls in the region. Coffee is an art form here courtesy of the beans coming from cult coffee roaster, Bolt, based in Midland. Local and seasonal produce? Yes, of course. It sounds like a cliché but like everything else about this place, it’s true blue. 19 Loaring Road, Bickley, thepackingshed.com.au 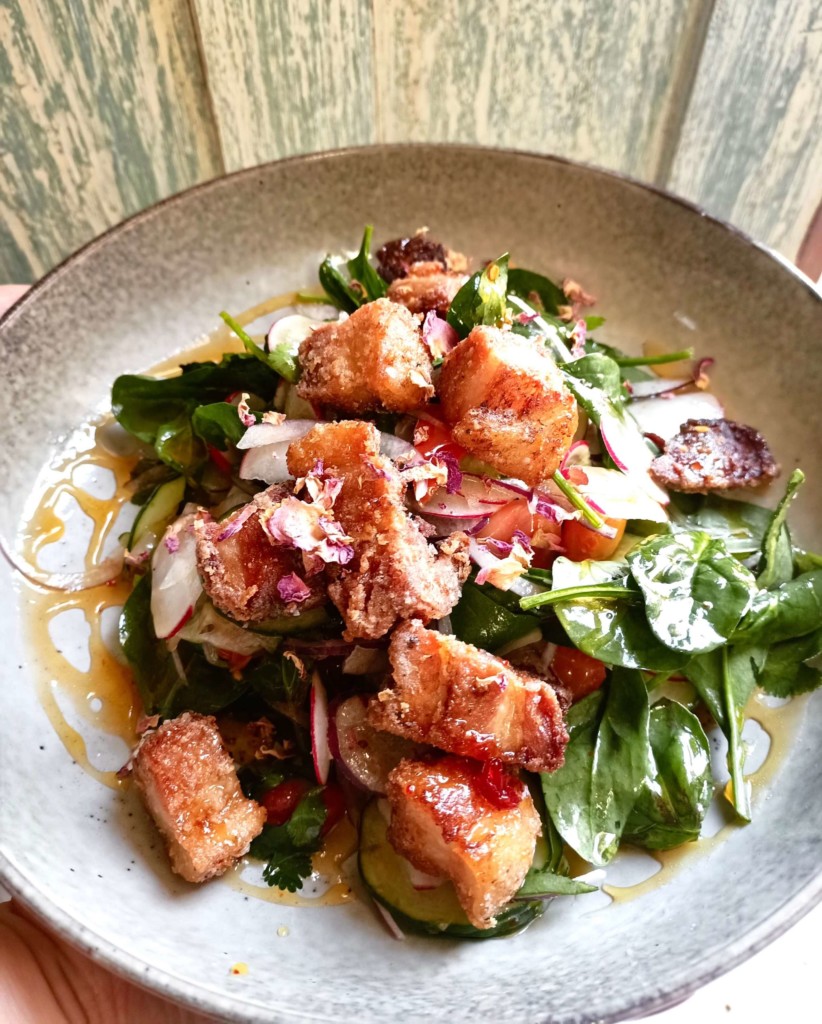 Then there’s the daily rotation of freshly baked sweets including friands, muffins and frangipane made by Georgie, Jess’s Mum, who can claim to have taught her daughter much of her outstanding culinary technique. Make like you’re in Seinfeld, grab a booth and shoot the breeze as you hoe through a slice of toasted sourdough from Mary Street Bakery or sink a cold-pressed fruit juice. You’ll leave with a clear conscience knowing that the fruit is grown up the road and the grounds from your coffee will be given away for local gardens and made into body scrubs. 18 Haynes St, Kalamunda @jackandjillkalamunda