Editorial State of Play: How Women Are Driving Change in Hospitality

On International Women’s Day 2022, WA Good Food Guide chats to women across Western Australian hospitality – from experienced leaders to young movers and shakers – to get their insights on the current state of the industry for women, and what the future holds.

For women working in hospitality right now, the common sentiment is that it’s better than it’s ever been before. The work culture has improved, and the old ways of being a chef with expectations of working long hours and wearing yourself out is changing. Whether it’s behind a bar like Shirley Yeung (Foxtrot Unicorn), running a kitchen like Jess Widmer (Glenarty Road), Blaze Young (Nieuw Ruin) or Amy Hamilton (Liberté), climbing the ladder like Laura Harding (Casa), or looking to be a voice for women in hospitality like Caitlyn Selkirk (Fermentum/Women in Hospitality), the appetite for change is stronger than ever.

As you’d expect from so many voices, opinions abound. “The awareness and support for women is there, and a lot of the intention behind it is positive,” says Yeung. “There are a lot less egos in the kitchen and more people aren’t putting up with the kind of abuse that might have been accepted back in the day,” says Widmer.

For Young, it’s about continuing to improve on the positive culture she experienced earlier in her career. “I have been lucky enough to work in kitchens where chefs were really ahead of their time, working on creating a supportive environment with nurturing, as opposed to being more like the old-school kind of kitchen. By that I mean having a little bit more compassion, patience and flexibility, and I think that’s becoming more common.” 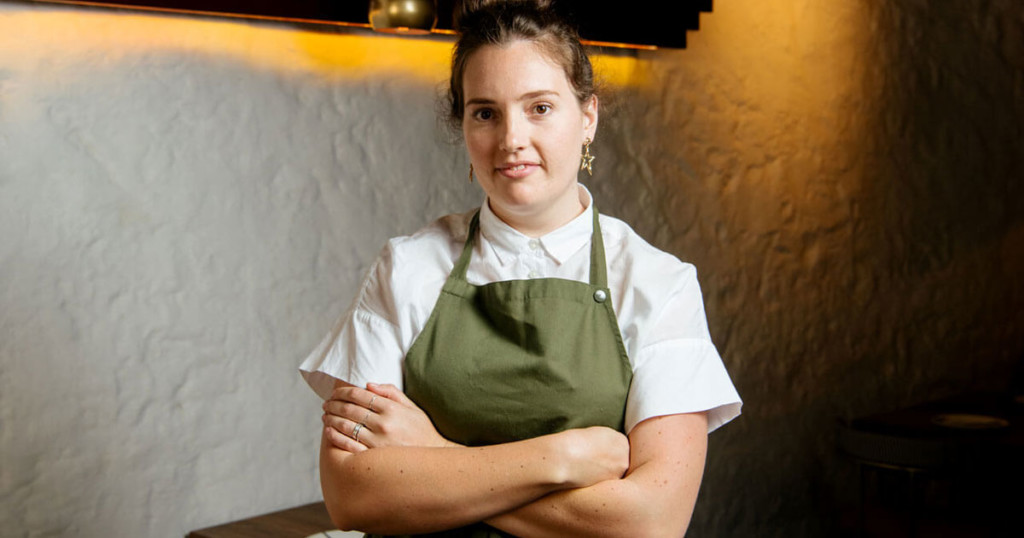 Although talented women can still be overlooked for management positions, there are more women rising up into higher-level roles where, through personal experience, they are in a position to facilitate a better working environment with more support for women. Laura Harding, who worked at Si Paradiso before joining the launch team at Casa, cites Si Paradiso co-owner Bree Rayner as someone leading the charge in creating a sense of community through working on collaborations and getting more women involved in the events she organises.

But while there are more women working in kitchens, they’re still a minority, and there’s a sense they have to work harder to be taken seriously, while balancing entrenched expectations. “It can be hard for women if they aren’t assertive enough,” says Harding, “but it’s also really difficult to balance the fine line between assertiveness and people’s unconscious bias towards the way they expect women to behave.”

Women also face crossroads as they consider having children, says Young. “There’s not a lot of support in place for women who want to have a family and have a career to feel like it’s a viable option.” For Widmer, who took on her first head chef role at Glenarty Road last year, she’s appreciated working at a place with a culture that is more family oriented under co-owner Sasha McDonald, who is also the winemaker and involved with running the restaurant and farm, all with a two-year-old. “It’s amazing to see people like Sasha show that you can have children and run a business,” says Widmer. 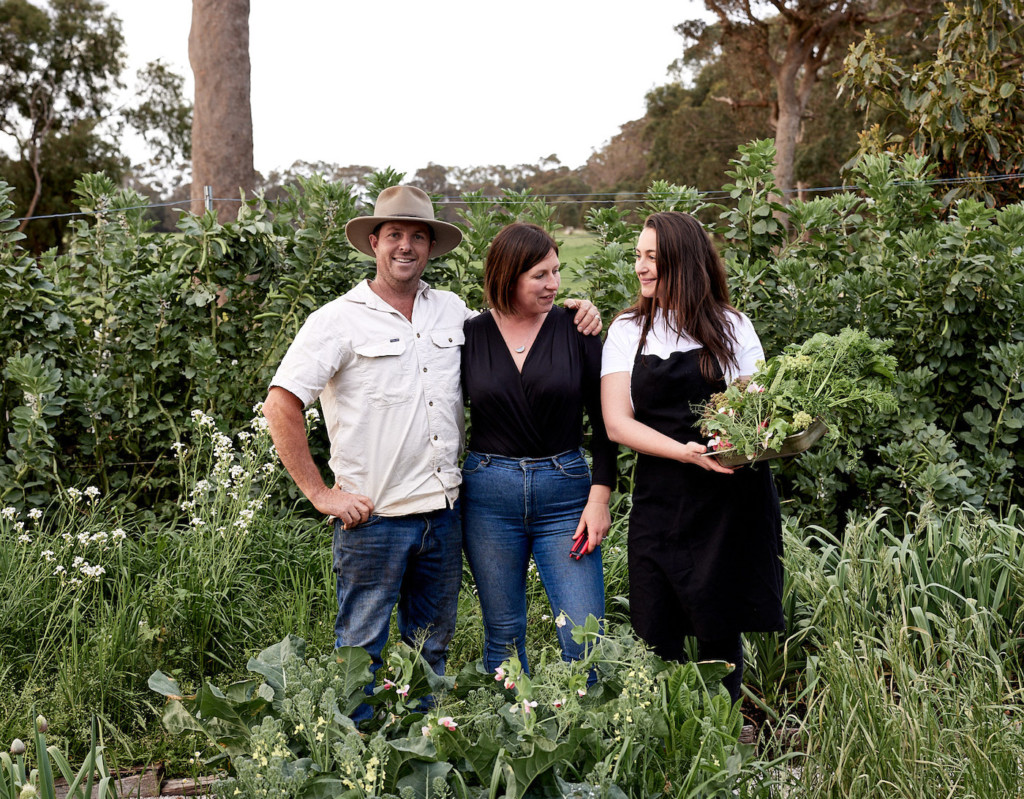 The reality is, though, that there are significantly fewer women-run kitchens in the state than those run by men. For Hamilton, who runs Liberté in Albany, there’s still a continuing perception that a chef is typically a man. “The word chef in itself is quite a masculine word. The image of chefs portrayed in the media are people like Gordan Ramsey and Marco Pierre White… people seem to associate the word chef with males a lot,” she says. Many women have experienced being overlooked by diners who pop into the kitchen to give compliments to the chef and look for the male to thank. “They assume the guys working under me are the head chefs because they don’t even think that it could be a woman,” says Hamilton. 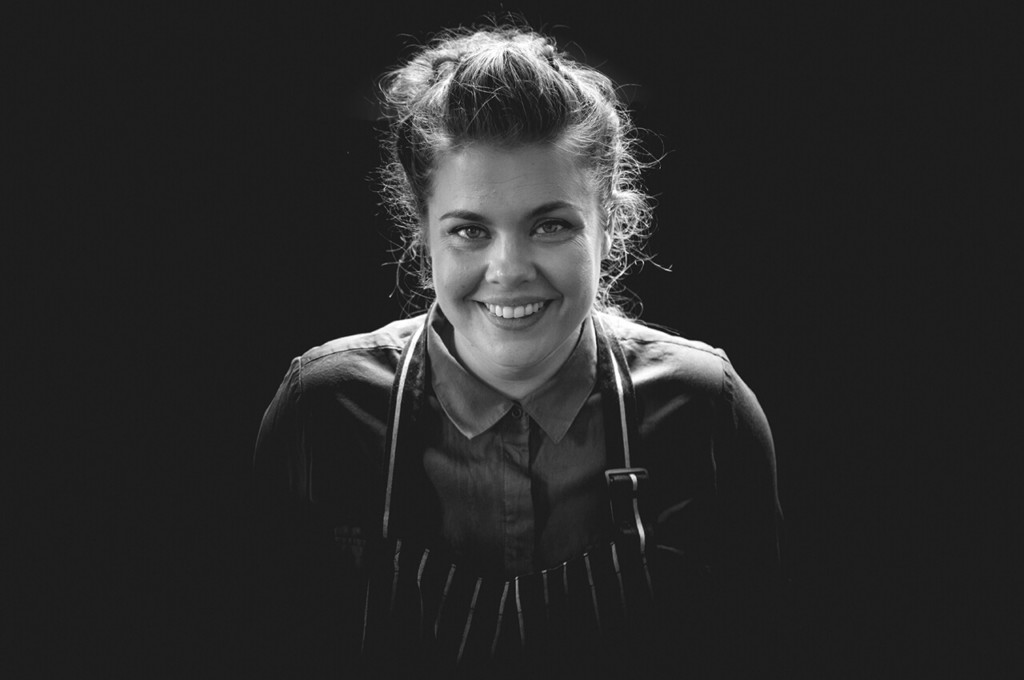 Opportunities are increasing for women, however, bolstered by two new organisations that have popped up in WA with the aim of supporting the development of women in the industry: Mix Haus and Women in Hospitality.

Women in Hospitality (WOHO) started in Sydney five years ago as a not-for-profit to support and foster the career development of women in the hospitality industry. The Western Australian chapter launched in October 2021 from the combined efforts of Bree Rayner (Si Paradiso), Emma Locke (Beerfarm), Dhiva Shini (Republic of Fremantle) and Caitlyn Selkirk (Fermentum). Selkirk speaks to an ambitious program: “On top of the WOHO mentoring program, we’ll do a number of events throughout the year. The events will provide more life skills rather than whiskey or wine workshops. These workshops will be around wellness, finance for females and being a mother in the industry – those sorts of things.”

Mix Haus, meanwhile, was co-founded by Pippa Canavan (Nieuw Ruin), Reid Gunter and Shirley Yeung (Foxtrot Unicorn) last International Women’s Day as a platform and community for supporting womxn (including trans and non-binary individuals) in hospitality through training workshops, networking events with speakers sharing their experiences and open events to the public such as long-table dinners that shine a spotlight on womxn in the industry. “We fundraise to make our events free and accessible for womxn to come and learn,” says Yeung. 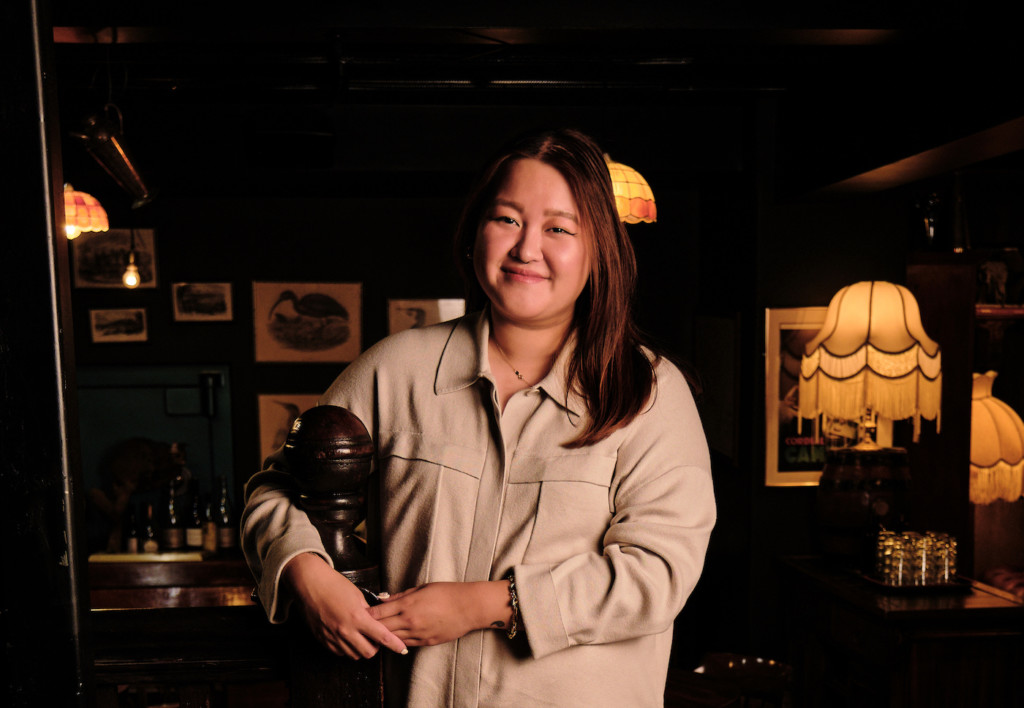 To celebrate one year since launch, Mix Haus have collaborated with Nowhereman Brewing to make a beer called M.H.I.A. (aka, Mix Haus In Action) with kegs available for venues to pour around town. The money raised will go towards supporting Mix Haus events throughout the year and a plan to expand nationally.

While it’s a healthier environment for women to be entering into the industry nowadays, there’s still more work to be done to make hospitality a viable option for women to choose as a career and have longevity. Here are some more thoughts from our interviewees on how to continue this progress moving forward.

“Employers have to be more flexible to get more longevity from their staff,” says Amy Hamilton. “I’m a single mum. That’s half the reason why I realised I had to be able to write my own roster because I had to be able to look after my kids… I always give our staff two days off in a row. With staff who have family, I try to given them a cyclical Saturday off so they are guaranteed that time with their family.”

“I’ve been to a few of the Mix Haus events and the greatest thing for me is coming together with women in hospitality at all different levels and having the opportunity to learn from each other, and have open dialogues, because I think that’s something that’s lacking,” says Blaze Young. “Especially in cheffing – you learn from your sous-chef and head chef, and that’s basically it, unless you are self-motivated to read a lot or talk to other people, there’s no cross-kitchen platform for learning.”

Education
“I think education and transparency is probably a big one,” says Caitlyn Selkirk. “Education is always going to be ongoing when it comes to diversity and men really understanding what it can be like for a female in the industry and the challenges that we have.”

Social and Mental Health
“More changes could happen to make it a more culturally fun and happy place,” says Jess Widmer. “To create a friendly environment in the kitchen where people can open up. All the advice on mental health for people also helps the entire situation too.”

Recognition
Later this year, Mix Haus are planning an awards gala hosted at Government House. “The awards will be celebrating women in booze, recognising women in different roles and their excellence as well,” says Shirley Yeung. “Part of it will also be acknowledging a long-service award.”

Communication
“I think it all comes down to communication with everyone in the team,” says Laura Harding.
“People understanding each other and actually having proper conversations about what they are doing, and making everyone feel that they are a part of something is super important.”