Editorial Soil to Glass: How Excellence Starts from the Ground Up at Cullen Wines

Organic, biodynamic, carbon positive. Cullen Wines leads the way in the sustainability stakes in Margaret River, one of the country’s premier wine regions. But, as chef Matt Stone discovers, for Vanya Cullen excellence doesn’t start with the grape, it starts with the soil.

As chef Matt Stone and Vanya Cullen of Cullen Wines walk the vineyard in Wilyabrup, just north of Margaret River, there’s talk of biodynamics and then, as they reach the vines, of the cover crops grown between them.

Stone’s here filming an episode of Miele’s Stories of Sustainability, a four-part series that sees him and chef Jo Barrett travel around the country and connect with sustainable artisans and producers. Stone has already visited some remote and idyllic locations throughout the series, but the last episode holds special significance for the chef, as it brings him back to his home state of Western Australia.

Trailing Stone, it’s clear his attention is firmly fixed on the ground beneath him – ever the chef, Stone bends down to pluck one of the many plants growing between the vines, and tastes. For some, these are simply crops meant to improve soil health, but for Stone, a sustainability champion, it’s another source of food.

“I first saw cover crops here at Cullen and it kind of blew my mind,” says Stone. “I didn’t really think of it from a food-growing aspect, I thought of it as something to regenerate soil, to give life, to give biodiversity. But then my mind changed to like, ‘Hey, this is a whole space that we can grow more food.’” 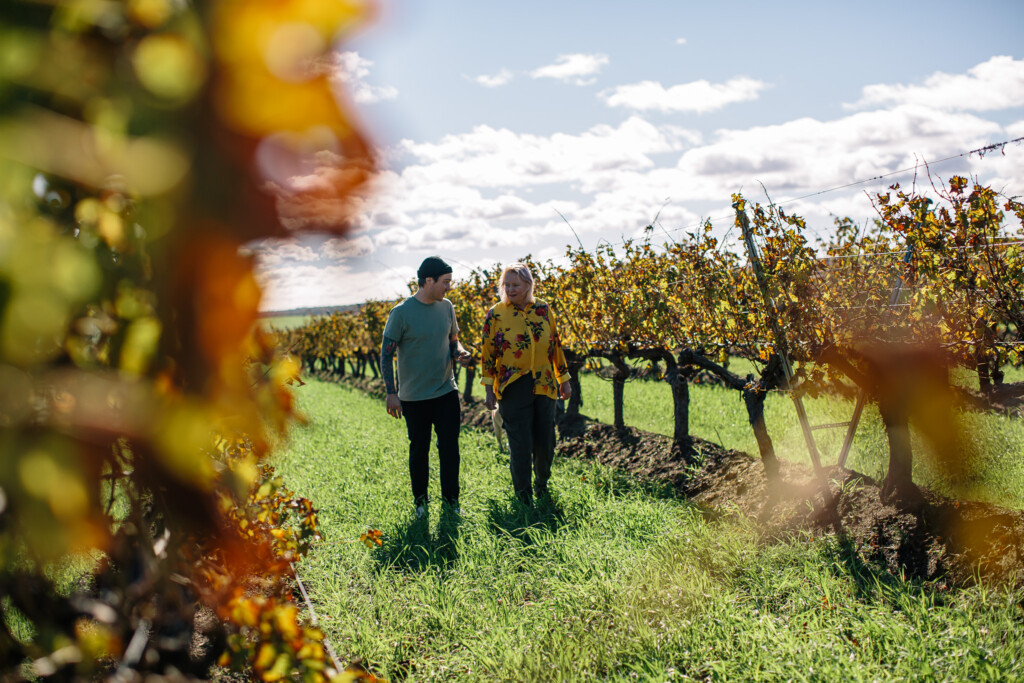 While Stone recalls seeing those cover crops at Cullen in his teenage years, it wasn’t until he headed the kitchen at Oakridge Wines in the Yarra Valley that he had a chance to put them on his menus. “The dish I love the most was when we’d go through and pick all of the beautiful broad bean tips, pea tips, radish flowers and radish leaves and then make a bouquet and barbecue it, serving it with macadamia cream,” he says.

At Cullen Wines, where he first had this culinary awakening, Stone says there’s an array of edible ingredients between the vines, but for him there’s one standout. “The sweet peas that are all popping up are really delicious; when you get the tender little shoots, they’re really yummy,” he says.

For those in wine regions, and specifically winery restaurants, planting cover crops, then incorporating them into their menu, is another way to imbue a sense of place, which is a crucial component in Stone’s cooking ethos. For the Miele series, then, Stone has created a salsa verde pesto made from the cover crop to go with vegetables. It’s an example, he says, of using the whole ingredient, and should serve as inspiration for any cook, city or regional, to minimise waste in their own kitchen and look at using all parts of vegetables in new and creative ways, even if it’s as simple as carrot tops, radish leaves or beetroot stems.

Rather than celebrating Cullen Wines because they’re highly rated and in-demand, the chef says that it’s important to celebrate a story of farming “in the most ethical way possible, but still producing the most ultra-premium product.” 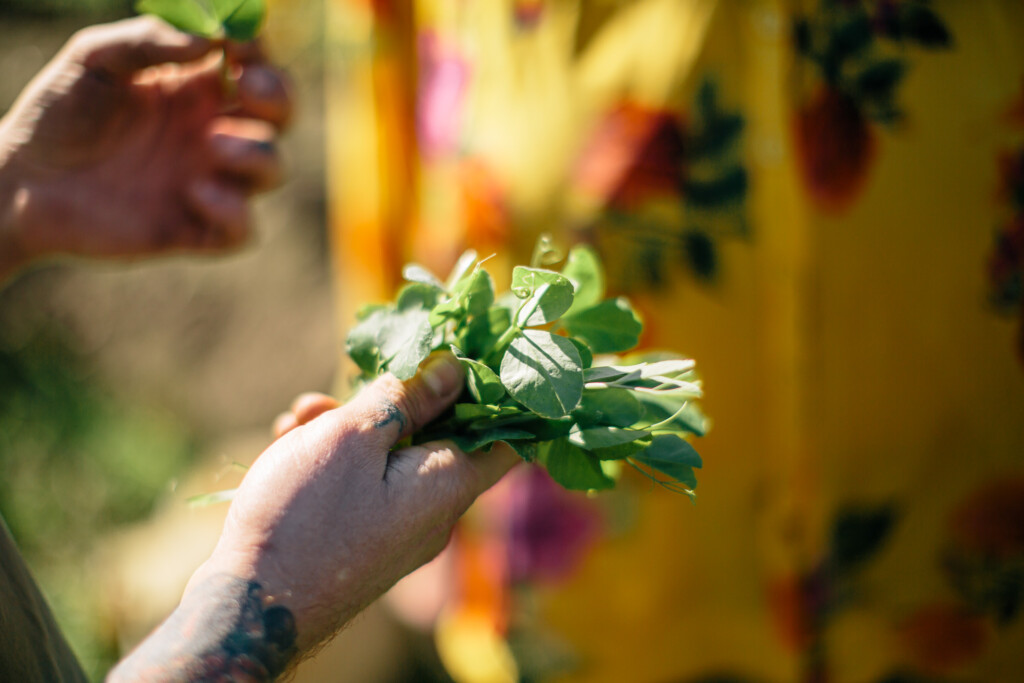 As we move through the vines, Vanya Cullen steps in to explain their process, one that sets an example for so many wineries in Australia. “What we’re trying to achieve is a sustainable system which has microbes that are alive and are driving carbon cycling and nitrogen-fixing,” she says. “It sounds very simple, but actually nature is very complex. And I think that’s the beautiful thing about it, that there are many things that come from that. You have healthy soils through the microbes, then you can have plant growth and that plant growth drives carbon sequestration, and also drives insect life, and that insect life gives the bird life and so on. Soil health – it’s the key to everything.”

For Cullen Wines it’s been a long road, what Vanya says has been “a long-term strategic, emotional and financial commitment.” But where well over a decade ago Cullen was only one of a handful of vineyards pursuing organic and biodynamic paths, Vanya says there’s certainly a lot of producers in Margaret River now on the same track. “It’s almost like a tipping point now, particularly in vineyards,” she says. “The more people that do it the better, to mitigate climate change – and everybody can play their part. I think agriculture has a huge part to play.”

And while you may think these processes might be intangible or not really visible to a visitor, Stone feels differently. “As you walk through the vineyard you just feel life in the soil; it feels like you’re on a trampoline because there’s so much aeration, but there’s also so much density to hold water. It’s got an extremely calming feeling, and getting your hands in the soil you feel it first-hand. It’s special.”