As Rockpool marks 10 years in Perth, they’re celebrating with a month-long showcase of local produce. Contributing editor Max Brearley looks back on a restaurant that’s always been defined by its ingredients.

Celebrating a decade at Crown, Rockpool Bar & Grill transcends the whims of our trend-obsessed dining culture. This is no accident, says executive chef Corey Costelloe, rather it’s by design.

“The basis of the menu hasn’t really changed,” says the chef, who recently celebrated 12 years with the dining group. “It’s still about provenance. We don’t change the crockery because everyone else is going for a type, we don’t start using [hot new] ingredients because everyone else is. We’re true to the beliefs of what we first opened the restaurant with; if something tasted good 12 years ago, it still tastes good today.” 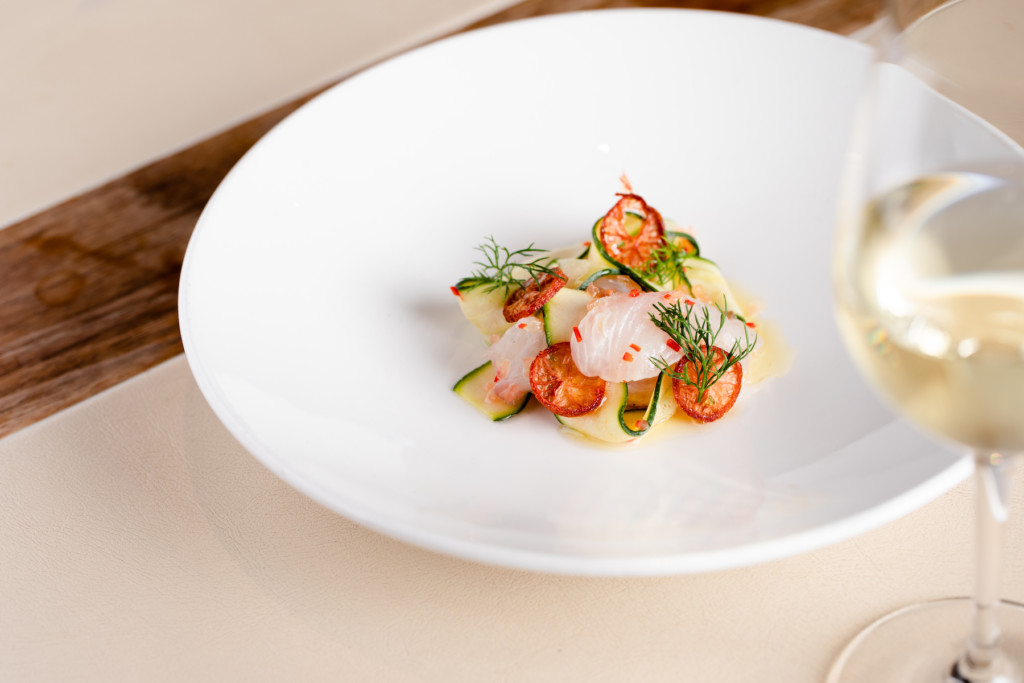 Costelloe’s brief covers Rockpool in Sydney, Melbourne and Perth, but, he says, each restaurant has its differences – in clientele, sure, but most notably in produce. “There’s different produce available and the eating habits of people in Perth and Melbourne and Sydney are a little bit different,” Costelloe says. “People in WA are very parochial about their local produce, so we have the menu stacked heavily with that. We look for who’s got the best of this, or the best of that – like, potatoes that are unreal for six weeks, we’d get them on in three parts on the menu. It’s very much about that seasonality and the provenance.”

It isn’t difficult for Costelloe to name check his favourite ingredients, citing marron from Manjimup’s Blue Ridge as a constant on the menu. From further north in the state, he points to Abrolhos Island scallops and, he says, “I’m just about to cook some pearl meat from Broome – we’re going to introduce that with some desert limes from WA.”

Then, of course, beef has always been integral at Rockpool Bar & Grill, and while the restaurant is known for its relationships with eastern-state heavyweights Blackmore Wagyu and Cape Grim Beef, WA producers do figure heavily. White Rocks Veal from Inglewood’s legendary Mondo di Carne butchers has figured for “years and years,” says Costelloe, with Perth head chef Ludovic Mulot describing it as the “Dom Pérignon of veal.” 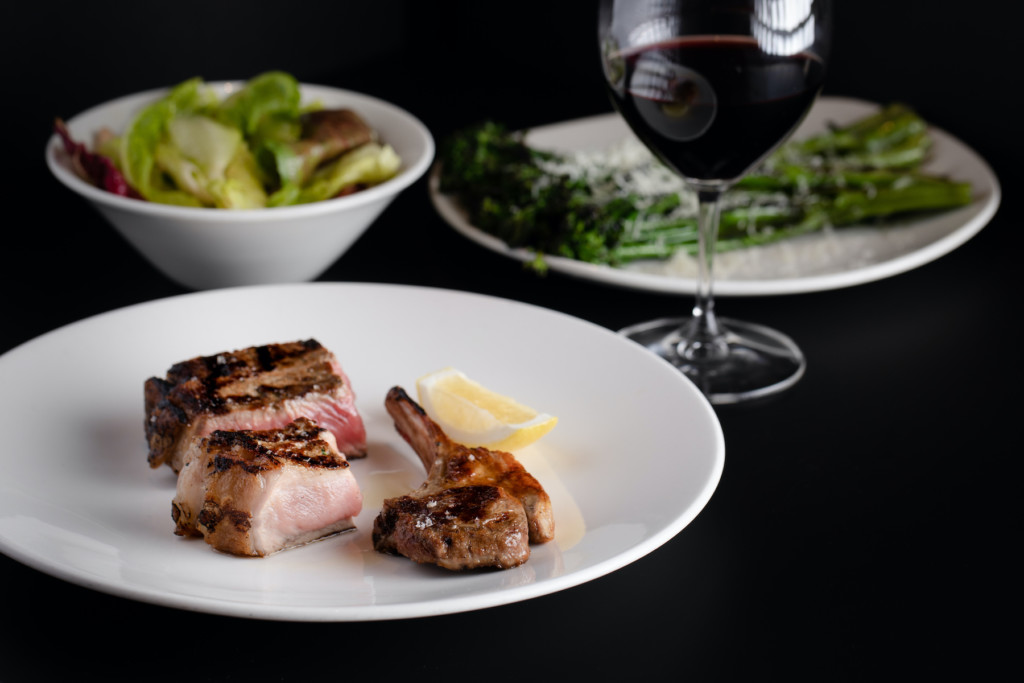 Costelloe is mindful of the responsibility Rockpool has to smaller farmers. “If we only deal with conglomerates, then eventually we’re not going to have much choice and we’re at the mercy of whatever they want to give us,” he says. Blackwood Valley Beef from Boyup Brook is an example of a great story they can sell and support, he says. “No hormones, they don’t give them any feedlot, it’s pasture raised. I prefer for everyone to pay an extra five dollars for their steak and to know that the farmer’s been good, treating his animals well.”

It’s these producers, along with plenty of local seafood and the likes of Arkady lamb from the South West, that’ll feature on Best of Rockpool, a tasting menu designed to showcase the best of Western Australia at Bar & Grill Perth throughout the month of April. It’s a menu, says Mulot, brimming with “hand-picked produce from suppliers with whom we have a deep-rooted partnership, those who are the custodians of sustainable farming and fishing practices, have ethical supply chains in place and are the torchbearers for West Australian produce.” 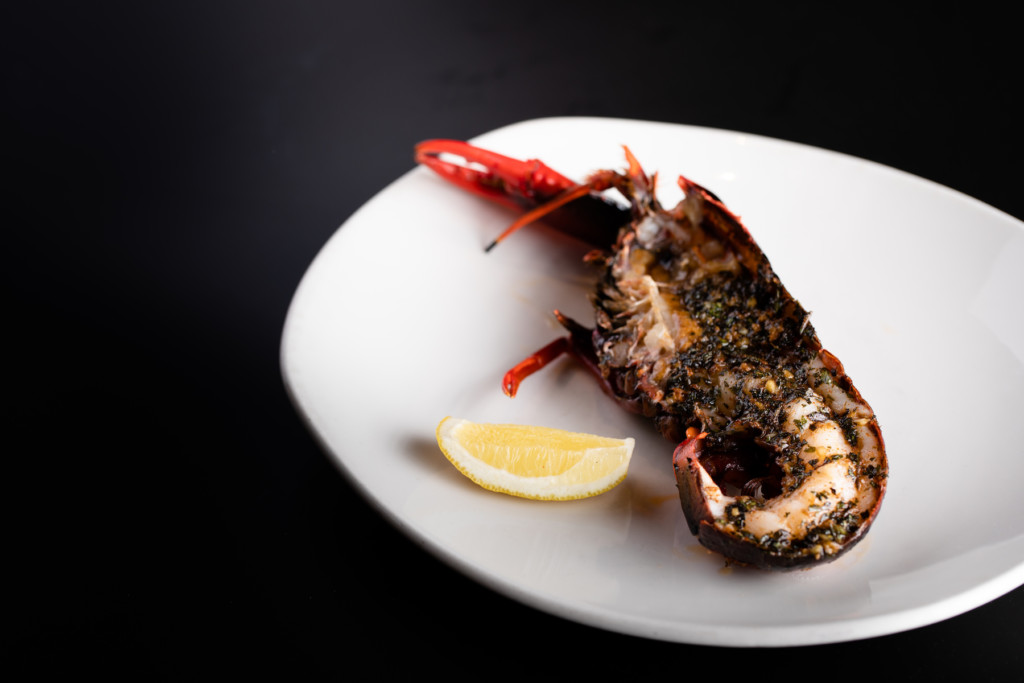 Absent from this celebration in some sense is Neil Perry, a figure inextricable from Rockpool lore. While still a shareholder, Perry no longer has an official title within Rockpool but Costelloe laughs it off. “He texted me just before we spoke,” he says. “I came [to Perth] and gave a speech to all of our staff a few days ago about our beef programme and what we do, why we use certain types and cuts of beef. [Neil] rang me straight after it and said, ‘Hey, did you mention this or that?’. And so as much as he’s not involved in the day-to-day running of the business, and he doesn’t have anything to do with the financials or setting of the menu, he’s a mentor to the senior chefs. You can always ring him for advice. He’s one of the best mentors you could possibly have, an amazing human being, a great friend, and so full of energy. He’ll always be part of this restaurant and his legacy will be carried on through all the group as long as it is around.”

Perry’s legacy aside, one of the most significant parts of the Rockpool legacy is, perhaps, the confidence it inspires in its suppliers. Robert Garreffa, of Mondo di Carne says, “The lengths that Rockpool chefs go to to establish trust in supply chains, source from sustainable farms, and to develop direct relationships with growers is second to none.” Let’s raise a glass to the next decade.