After two decades away, and more than 10 restaurants later, Paul Bentley is back where it all began in Perth. A year on from his homecoming, he reflects on his career overseas, overhauling the menu at Si Paradiso and his plans for the future.

As a young chef, Paul Bentley couldn’t wait to carve out a career overseas, leaving Western Australia behind him to work in Manhattan, for the most part at Daniel, the esteemed French fine-diner run by Daniel Boulud, then heading south to Mexico in 2007. Here he opened his first restaurant, Magno Brasserie, in Guadalajara, then a second, Mi Amor, in Tulum, both to wide acclaim. Six more venues followed, as did opportunities in Hawaii. Last March, he was all set to expand his Taqueria El Gallo Rosa brand to Sydney and Melbourne, then pop up at the Tokyo Olympics, but as the pandemic struck, the chef found himself behind closed borders in WA.

Now, he’s thriving in the kitchen at Highgate staple Si Paradiso, and looking forward to opening his first ever local venue, Casa, in Mount Hawthorn. A year on from his homecoming, Bentley sat down to share his impressions of Perth, a view into his kitchen and his plans for the future.

It’s been more than 20 years since you upped roots and headed overseas, but now you’re back where it all started. How has Perth changed from then to now?

Perth has evolved into more of a food destination than it ever used to be – there were very few places where you could really go out and “eat” when I was here before, and now there’s a lot of options. I think some of the places that have now opened couldn’t have existed 20 years ago – it’s definitely evolved a lot from when I used to work here.

Has there been any one thing that you’ve noticed improve or take a step forward?

One of the biggest things is the ingredients – the quality of the product and produce now available here in WA. Across the board in general there’s definitely a lot more interesting products – the wagyu beef that we’re producing here; the Mottainai lamb that guys are farming – it’s pretty incredible. Then there’s the burrata and stracciatella from La Delizia Latticini – that never existed, and that’s only very recent, too. The menu at Si Paradiso at the moment is more seafood based, so we’ve also been working really closely with the guys at Fins Seafood – the seafood they send us is pure fuego.

Let’s talk about Si Paradiso. You’ve been helping bring more focus to the food front as executive chef. How would you describe what you’re doing with the menu?

The menu is changing every week, sometimes a couple of times a week, so I think that’s been a major change – it definitely keeps it interesting for both the staff and the customers. I think the trap a lot of people fall into is their menu stays stagnant, for me personally I need constant change, I need constant stimulation, so I’m always pushing to try different stuff – and I think because Perth is so small, customers like that. But really, all I ever want to do is cook good food. Good, tasty food and make it fun. 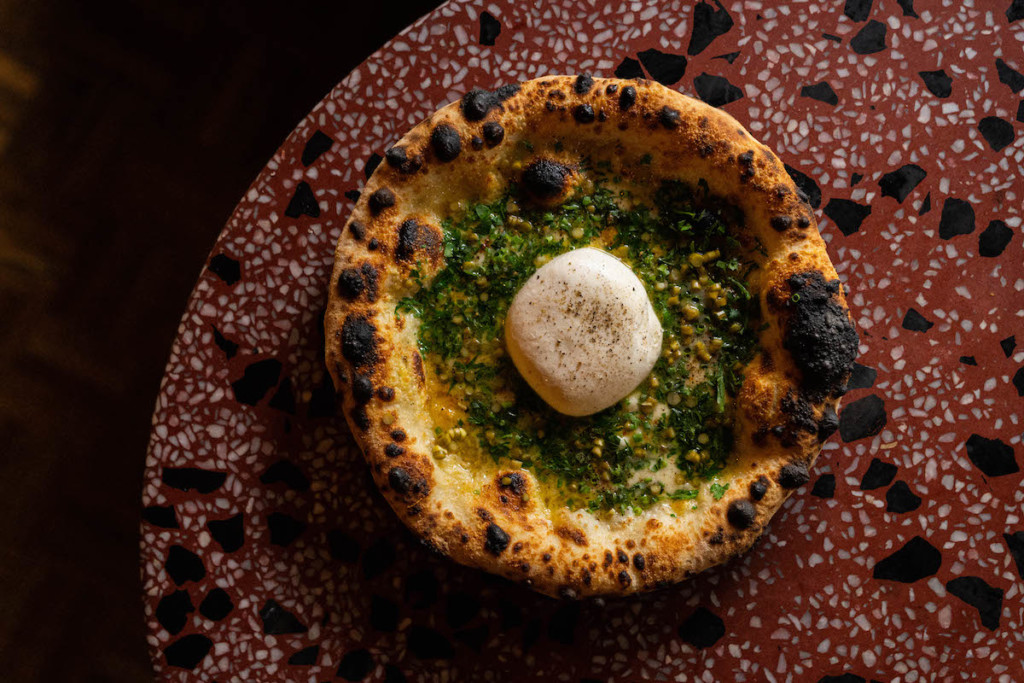 You’ve got some killer pizza coming out of the oven – the mortadella, ’nduja and black-pepper pineapple and the garlic scapes and burrata are fine examples – and there are some great skewered spiedini for snacks. What else are we ordering?

You definitely have to have a pizza – there are the more classic options, but there’s always an interesting special one on – then probably one of the crudos. So kingfish always stays as a constant and the one we have at the moment – with tepache and fresh pineapple – is kind of fun, so it’ll probably stay for a couple of weeks. But then the other crudo changes depending on the fish – I’ve got some dry-aged baldchin groper that came in last week that’ll go on this week, then we’ve got some really great swordfish coming in. And there’s the raw tuna Niçoise with seaweed, quail eggs and potato crisps that I’ll probably do again, too.

Did it take some time to reach a point in your career where you felt comfortable being so fluid?

The menu at Si is in a constant state of evolution. Nothing is ever perfect – cooking good food is dependent on the product, the seasons, and what might have worked one week will not necessarily work the following week. But being able to constantly change your menu comes with a lot of experience, it’s not just throwing things together and hoping for the best. It’s a lesson restraint (microherbs and flowers aren’t a dish; also my pet hate), you have to spend the time to learn and absorb and travel and taste before you can start constantly changing, otherwise you’ve got nowhere to pull inspiration from. It can be a challenge for the team, but challenge is good. Sometimes people are afraid of pushing their limits a little bit, but that’s where you grow the most. 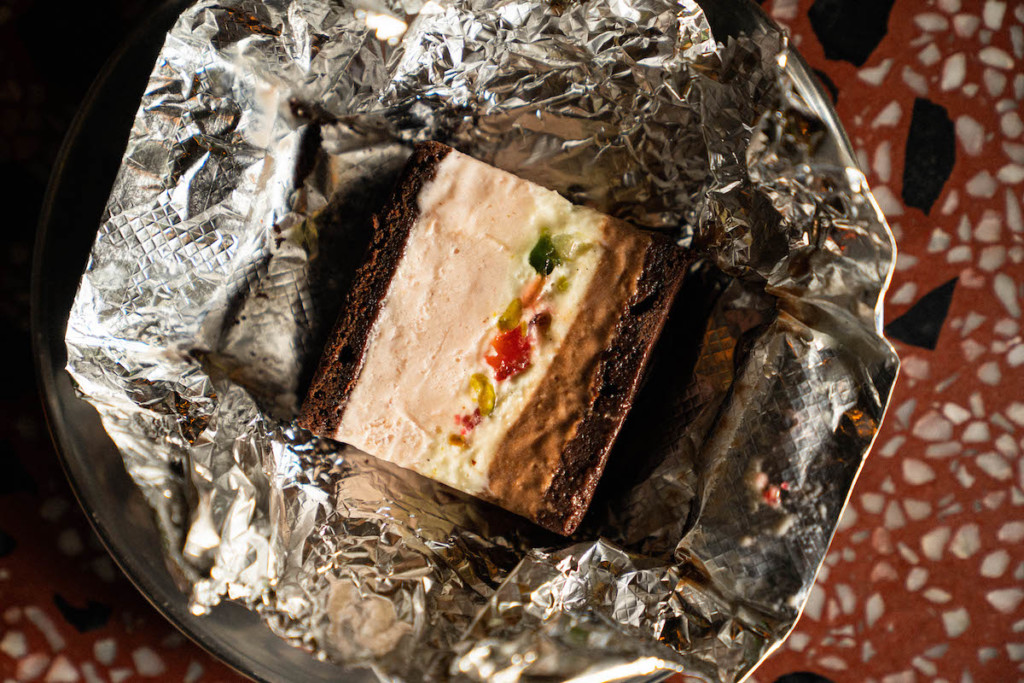 It sounds like you’re ready to leave Mexico behind you and focus on new projects – what have you got in the works?

Currently I’m negotiating the sale of my Mexican projects and expanding the taqueria to two new Hawaiian locations and then to Sydney and Melbourne. But Si is a lot of fun and has opened up a few new projects here.

One of those projects is Casa, your new restaurant with Cale Mason, Alex Cuccovia and Enrico Tomelleri (late of 10 William St and Alberto’s Lounge in Sydney). What can you tell us about it?

Absolutely nothing at the moment. Just that is has a name, it’s in Mount Hawthorn and it’s probably about 10 weeks away.

It’s now been a year since you’ve been back home. Anything you’ve learnt about yourself in that time?

It’s actually been really nice, because I’m more hands-on cooking day to day. Before I was literally travelling all the time between restaurants – still cooking – but it’s been more enjoyable being stuck in one place. Apart from that it’s given me a lot of clarity going forward, shown me what businesses have worked, and what haven’t. Like I said I wanted to leave Mexico but I wasn’t sure where I was going to base myself, but everything sort of fell into place – and Australia’s not a bad place to be! It’s been a good stop, reset and push on in the right direction. 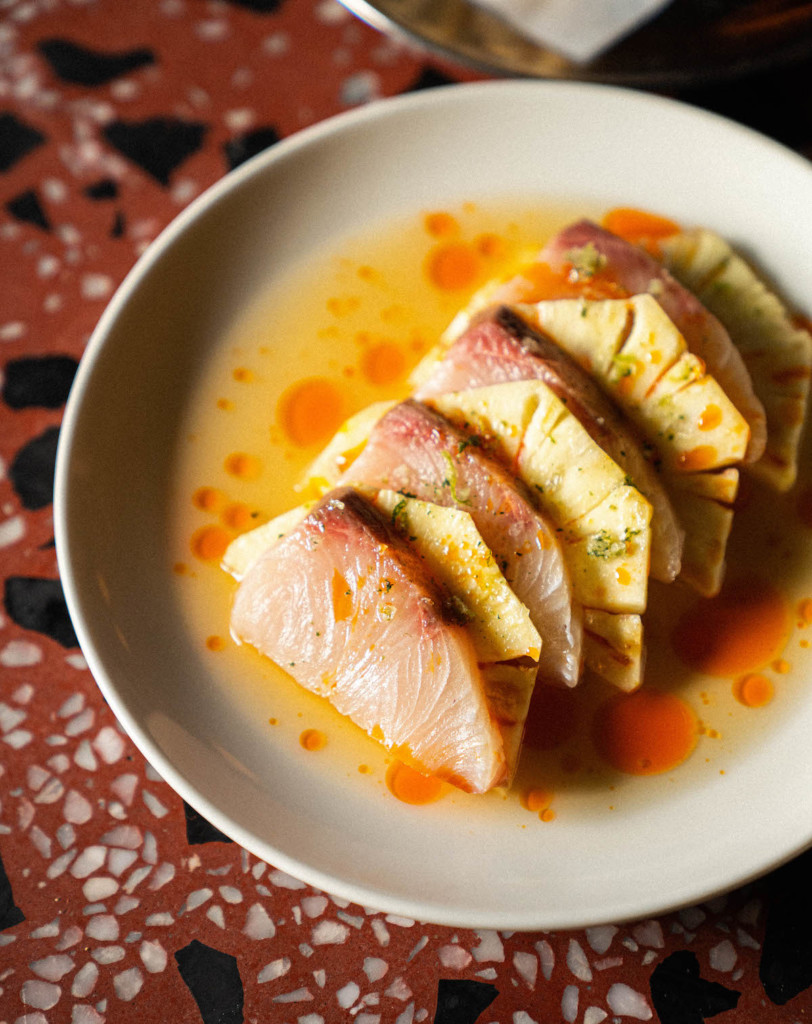