Editorial Local Gin for the Win

Back in 2011, only weeks after its first commercial distillation, The West Winds turned heads by taking home gold and double-gold medals, respectively, for its Sabre and Cutlass gins at the prestigious San Francisco World Spirits Competition and put Margaret River on the map alongside the world’s leading gin makers. Nearly a decade later, Australian craft spirits comprise a billion-dollar industry, with upwards of 700 domestic gins on the market. Here are five names making waves in the Wild West.

Hoochery may be synonymous with rum, but after years of requests the Kununurra distillery finally released its first gin this past May. Named after nearby Lake Argyle, Argyle Pink is a rosy ode to East Kimberley, tinted with the help of locally harvested bloodroot. Save for the juniper berries, the botanicals are regionally sourced, including native lemongrass, goowal, bush plums and boab leaves, with some grown on site at the distillery, which is also home to WA’s oldest, continuously operating legal pot still. Mix it with elderflower cordial and tonic for a G&T with extra fragrance, or shake and strain a couple of nips with fresh lime juice, sugar syrup and a handful of mint leaves for an updated Southside.

Fans of the Giniversity brand can put their production skills to the test in a series of immersive experiences at the distillery’s “campus” in the heart of Margaret River. The four-hour distillation class is temporarily suspended due to the ongoing impact of Covid-19, but blending class is back in session and offers participants the opportunity to taste the Giniversity line-up before building their own concoction. Collectors, meanwhile, might want to make room on the shelf for a bottle of Limeburners Whisky Cask Gin, which rolled out in late September. The special release marks the second annual collaboration with sibling Great Southern Distilling Company, with the gin spending more than a year developing caramel and vanilla character in a Limeburners American oak barrel. Perfect, in other words, for a twist on an Old Fashioned.

Momentum hasn’t slowed for James Young since he took over the old Wild Swan Distilling Company and launched Old Young’s in 2016. The former sports marketer’s eclectic spirits (think meringue-based pavlova vodka) have attracted a cult following and earned him the title of Champion Australian Distiller for two years running at the Australian Distilled Spirit Awards. Now, he’s taking that knack for innovation a step further with Juniper Society, a $59 gin-of-the-month club that launched in August and scores members a 500ml bottle of one-off gin not available anywhere else. Subscribers won’t know what to expect until it arrives, but the first batch – a whopping 60-percenter layered with honey, ginseng and native pepperberries called F*CK COVID – is a pretty good indication.

Shane Warne has hit it for six with a new duo of gins named after his record-breaking number of wickets. The SevenZeroEight label, co-founded by the King of Spin himself, so far consists of a classic dry style and a low-ABV, low-calorie alternative known as 23 – a nod to the spirit’s reduced alcohol percentage as well as that famous shirt number. Both products have scooped up a handful of accolades since launching late last year, including the coveted Best of Class medal for 23 at the 2020 SIP Awards in California, the only internationally recognised spirits competition judged by consumers. As for Warnie’s drink of choice? “I personally enjoy an orange slice and a sprig of rosemary in my G&T,” he says. “It brings out the zesty, refreshing flavours of the gin.” 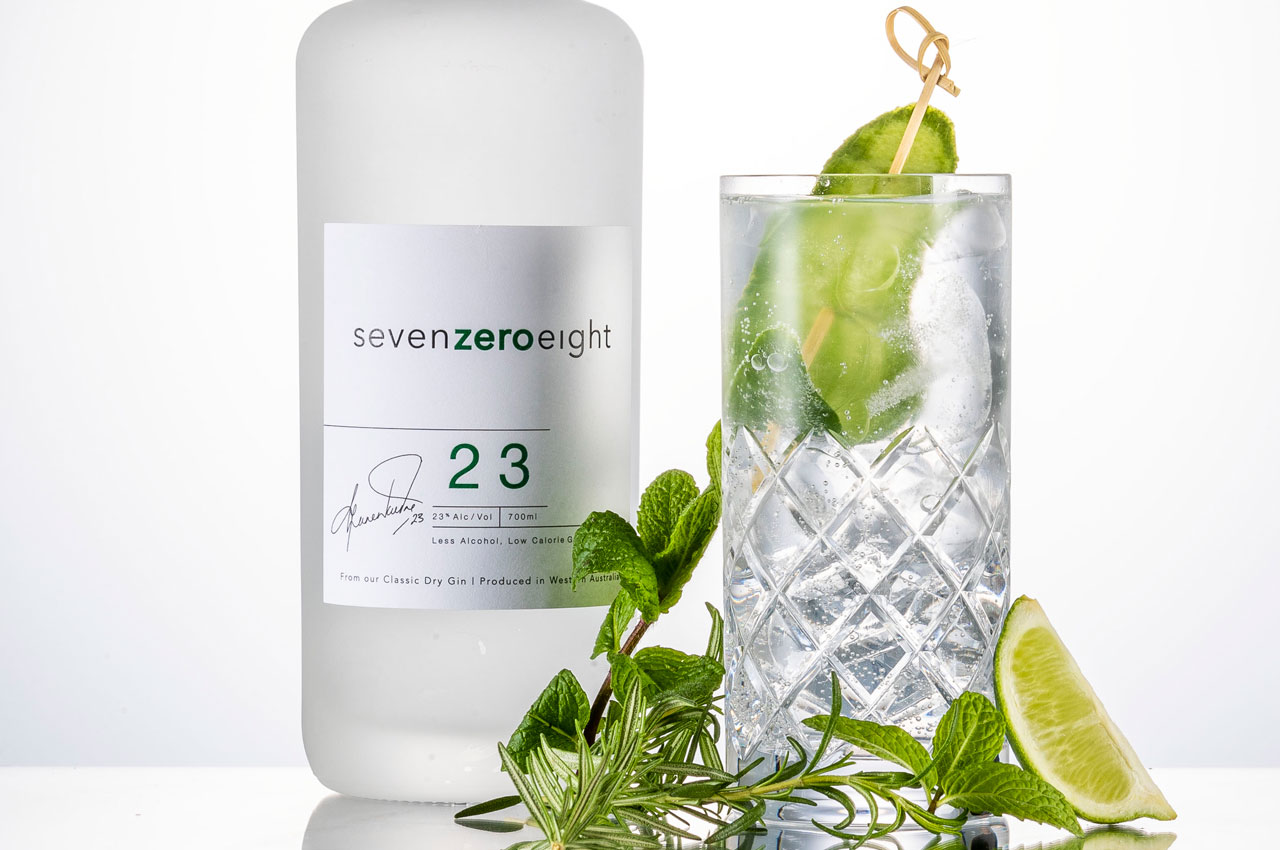 Barely two years after setting up shop at Pandemonium Estate in Baskerville, Swan Valley Gin Company has carved a niche for itself, using grapes grown on site as the base for its Spanish-inspired Diablo range of gins. In addition to the triple-distilled Artisan Dry, the core collection includes a Strawberry Dry and a Spiced Cumquat, which is laced with turmeric and Kashmiri chilli. Experimental small-batch releases have been a success, too: the Salt Bush  Australian Gin, driven by native ingredients, and the Mediterranean Gin, tinged with rosemary and lemon, both took home gold medals at the 2019 Australian Gin Awards. The latest effort, an orangey Christmas Pudding Gin, is now available exclusively at the cellar door, and Gin Construction classes with four newly minted alembic stills are slated to kick off shortly, just in time for the holiday season.

Starting out as a drunken, late-night conversation between friends – including our 2018 Bartender of the Year, Dean Buchanan – this Bayswater outfit combines cold-vacuum distilling with conventional methods to extract the maximum amount of flavour possible from ingredients as common as juniper, orange and lemon and as eyebrow-raising as parmesan, yoghurt and even clam shells. Two flag-bearing gins are joined by a double-distilled vodka, as well as a limited-edition passionfruit liqueur made with spent fruit from the Modern Classic gin, primed for mixing with soda and a squeeze of lemon on hot summer afternoons.