The Lunar New Year is rich with traditions, customs and auspicious eating – here’s how to celebrate in Perth.

Revolving around the traditional Chinese lunisolar calendar, the Lunar New Year in 2023 will be celebrated this Sunday 22 January, bringing in the year of the Rabbit in the Chinese zodiac or Cat in the Vietnamese zodiac. Lasting up to 15 days, beginning with the new moon and ending on the full moon, friends and family come together for feasting and festivities from Chinese, Malaysian, Singaporean, Korean, Japanese, Thai and Vietnamese cultures.

Rich with traditions, customs and auspicious eating – here’s how to usher in the new year.

Bring in New Year’s Day on Sunday 22 January with a visit to the Canning Vale Sunday Market (280 Bannister Road, Canning Vale) from 7:00am-1:00pm for their Chinese New Year celebrations. In addition to the usual 200+ stalls for bargain hunters seeking new and second hand goods, and a variety of fruit and vegetables vendors, there’ll be Chinese calligraphy, lion dances, free mooncakes and some of Perth’s best street food.

Join the city’s largest celebration at the annual Perth Chinese New Year Fair on Sunday 29 January. This free community event in the City of Perth organised by the Chung Wah Association is held between James and Lake Streets, Northbridge Piazza from noon to 9:00pm and this year expands into Yagan Square from noon to 7:00pm. Expect multicultural food stalls, cultural arts and craft workshops, competitions, games and rides, and performances from various CaLD communities as well as lion and dragon dances.

For a midweek Asian street food fix with lion dancing, check out the Asian Street Food Festival on Wednesday 25 January at Rickman Delawney Reserve in Balcatta.

Or give blessings to the new year at the Fo Guang Shan Buddhist Temple Western Australia (280 Guildford Road, Maylands) on Sunday 29 January with their one-day vegetarian charity food fair 9:30am-2:00pm. The food is homemade by members of the temple. 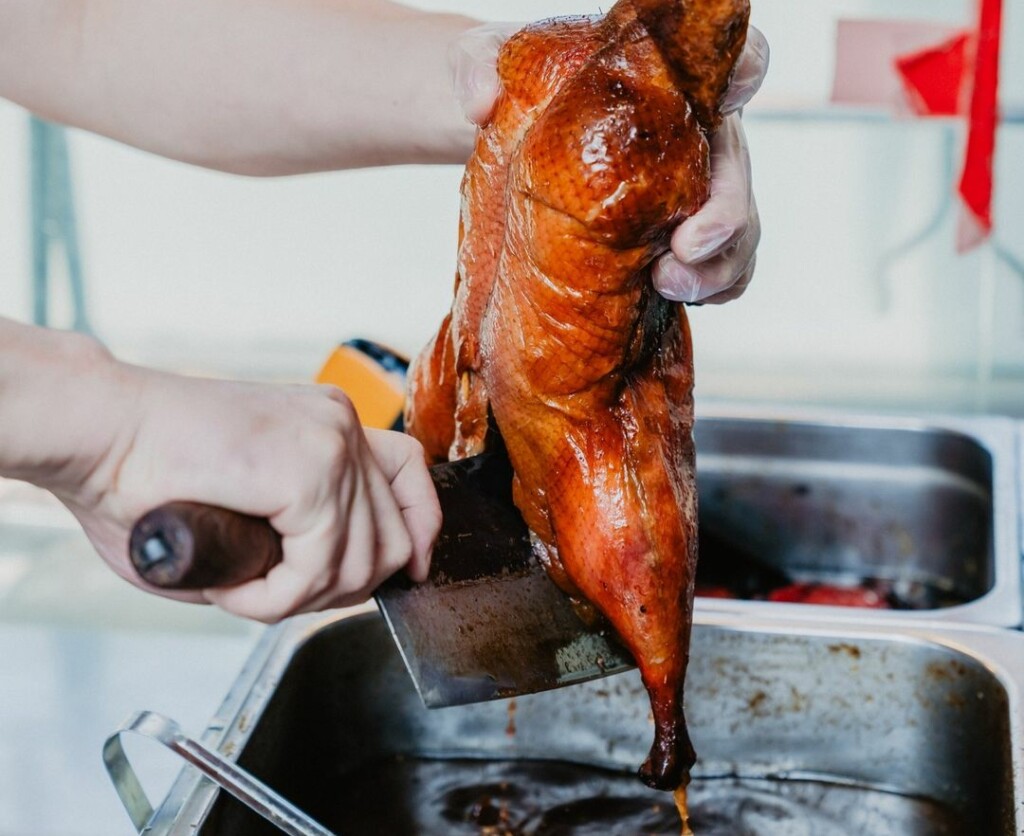 Duck at Hong Kong BBQ House, which features in their New Year banquet.

A family tradition is the “reunion dinner”, typically on New Year’s Eve, which is viewed as the most important meal of the year with dishes eaten to symbolise good luck, health and prosperity for the new year. Start with yu sheng “prosperity toss” raw fish salad for increased abundance, where strips of raw fish, shredded vegetables, various sauces and condiments are communally tossed into the air with chopsticks. It’s believed that the higher this salad is tossed, the more prosperous the year will be. Move onto lobster noodles, which signify longevity and good luck since lobsters are also known as dragons of the sea in Chinese culture. Expect whole chickens and whole fish to be served for togetherness, and to symbolise a good beginning and ending for the coming year. Many Chinese restaurants will have a special Lunar New Year banquet menu, so gather your family or friends and book into these places:
Emperor’s Kitchen (1/55 Farrington Road, Leeming and 1/18 Cecil Avenue, Cannington)
Fine China Restaurant (Unit 8/1018 Albany Highway, East Victoria Park)
Fortune Five Chinese Restaurant (108A James Street, Northbridge)
Hong Kong BBQ House (76 Francis Street, Northbridge)
Northbridge Chinese Restaurant (26 Roe Street, Northbridge)

Buddha’s Delight
Another tradition is to eat vegetarian on New Year’s Day in line with Buddhist practice. Refraining from eating any animals or fish that have been killed on the first day of the lunar year is believed to purify and cleanse the body and soul for the coming year. A popular dish to eat is Buddha’s Delight containing a variety of vegetables that have symbolic meanings such as wombok representing prosperity, shiitake mushrooms for long life, carrots, which are seen as good luck, and bamboo shoots for wealth. A dish normally cooked at home, you can also enjoy Buddha’s Delight at Miss Chow’s (119/20 Gugeri Street, Claremont) or dig into the Buddha Garden Delight at 8 On The Point Chinese Restaurant (306 Riverside Drive, East Perth). 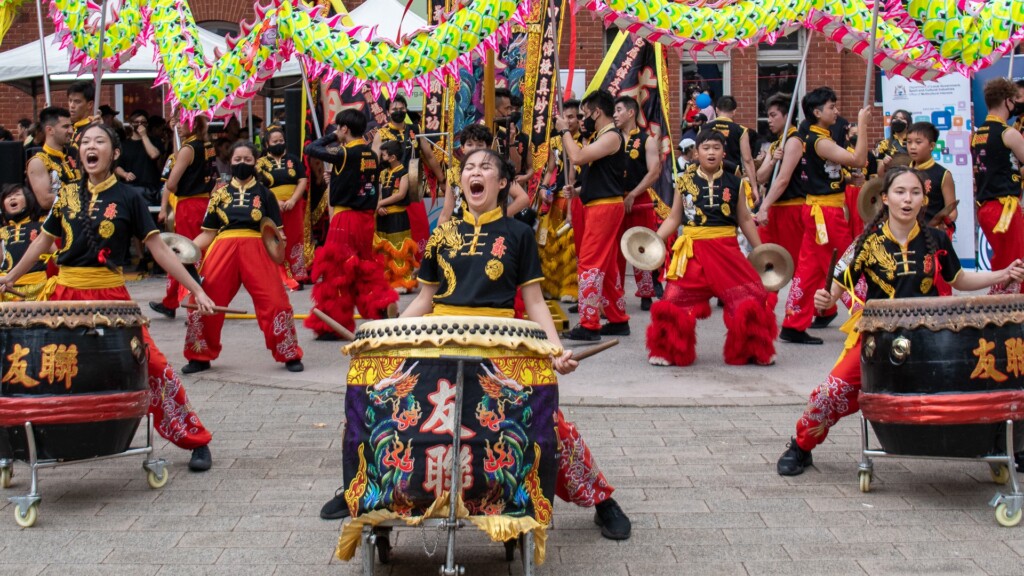 Supermarket Treats
The front counters of Asian supermarkets will be filled with various Lunar New Year products, so drop in for your grocery shop and take away some treats. Nian gao is a Chinese steamed sweet rice cake and is a homonym for “higher year”, eaten to symbolise progress, advancement, and growth for the coming year. Bánh tét is a Vietnamese sticky rice cake which is shared with family during Lunar New Year celebrations, where a banana leaf is filled with glutinous rice, mung bean and pork, rolled into a thick, cylindrical log  and boiled until cooked. Vegetarian versions minus the pork or a sweet version made with banana called bánh tét chuối are also available. Bak kwa is a popular pork jerky in Malaysia and Singapore enjoyed during Lunar New Year as its deep red colour is considered auspicious, symbolising good luck and makes a great gift during the festive season. Goodies Galore bak kwa is stocked at most supermarkets and there is also a bak kwa shop at the Coventry Village (243/253 Walter Road, Morley) called Bak Kwa King for freshly made pieces, served warm.