Looking to hit all the best new bars in the state? Start right here.

The line between bar and restaurant may be becoming increasingly blurry, but one thing’s for sure: there’s never been a better time to drink in WA. These venues are straight from our Best Bars list, which focuses on places that puts drinks at the forefront, even if the food is worth your attention. For those bars where we think the food is a non-negotiable part of a visit, you’ll find them in our Top 100 list. As for these? Revel in the variety in drinks and styles, and stick around for another round.

Wild in the Street, Fremantle

For a lesson in how to take a simple mixed drink to a whole new level, consider the Roma Paloma at Wild in the Street. Tequila, lime and grapefruit soda play their usual parts, but it’s the addition of a zesty tomato shrub that brings exciting, unexpected depth to the equation. A Rosemary Rickey treads a similar path, calling on rosemary, dry vermouth and lemon myrtle to reinvigorate the gin-spiked soda classic.

If these read basic to you, know that there’s a keen understanding of flavour at work here, and that’s true in the wood-fired cooking, too. House-made empanadas are essential ordering, rustically folded and charred at their edges. Smoke, meanwhile, is a recurring theme in more elaborate dishes like smoked beetroot carpaccio blotted with tangy tonnato or juicy tiger prawns laid on a swirl of smoked labne with lemon and chilli.

Is it wild? Hardly, but it’s an offbeat offering you’re unlikely to find elsewhere, mirrored by bright rendered walls, abundant greenery and wavy cane sculptures by Fiona Gavino suspended from the ceiling. Sink into a booth, and soak up the quirky and colourful spirit of this port hub on the up and up. 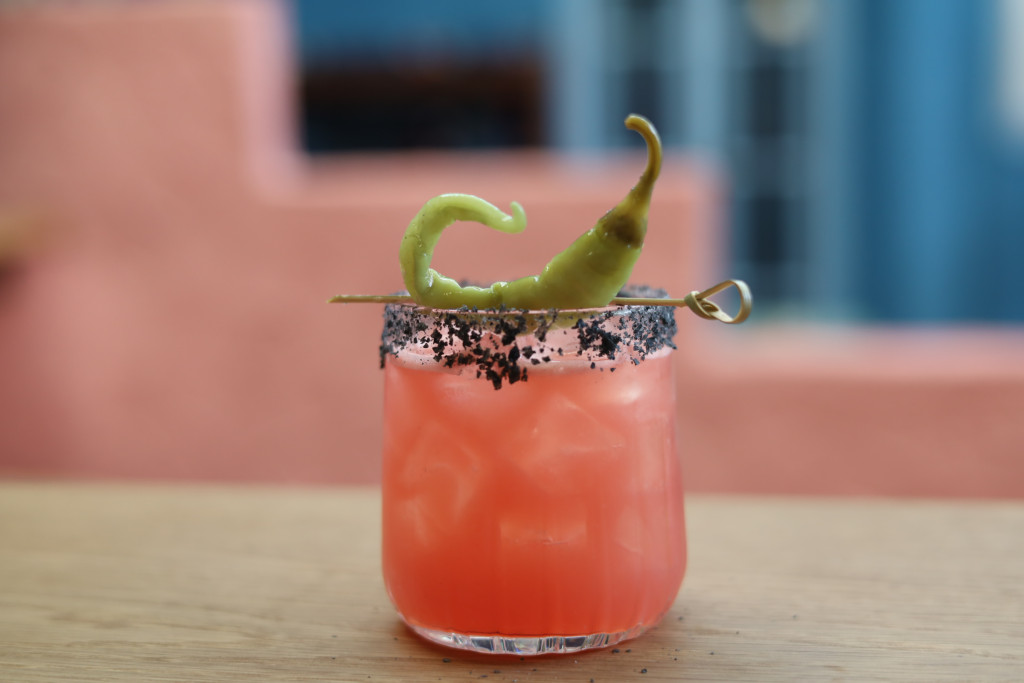 As you might expect, the vermouth collection alone could easily keep you occupied well into the night – which is to say nothing of the staggering stockpile of amaro and obscure Old World liqueurs. It’s the technique-driven signature cocktails, though, that really stand out, twisting classic ideas in exceedingly clever ways. Frothy rockmelon juice takes the place of orange in a convincing riff on the Garibaldi, while a mascarpone distillate mixed with mandarin and jasmine served over shaved ice is grown-up granita done right.

There’s whimsy aplenty in the menu of small plates, too, which sees cacio e pepe in the croquettes, chicken liver pâté piped into cannoli and octopus glazed in a Negroni marinade. It’s tricked up, but never too tricky for its own good, the sense of fun never obscuring the focus. Seldom do new openings arrive with such a level of confidence, polish and precision – but this one’s got all three in spades.
198 Whatley Crescent, Maylands; volarebar.com.au 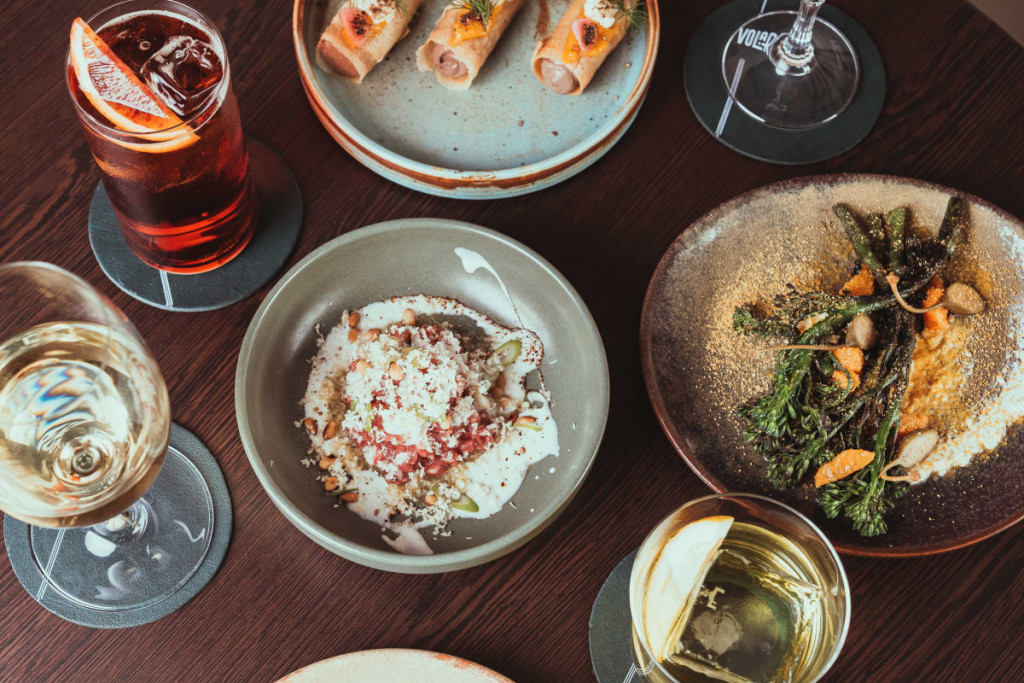 Vinotto, Swanbourne
Judging by the queue forming at 6pm on a Friday evening, it’s safe to say the Western Suburbs set is thrilled to have Vinotto close at hand. And who could blame them? It’s a convivial local with cosmopolitan verve, one which sets a higher standard for trusty neighbourhood wine bars. The small space is airy and inviting, the tunes relaxed, and the 100-odd bottle list refreshingly approachable without sacrificing breadth or intrigue. If there’s a skew, it’s towards the heroes and rising stars of Australia’s flourishing small-producer scene, with no shortage of locals. But, more than anything, the overarching theme is drinkability.

Vinotto is a convivial local with cosmopolitan verve that sets a higher standard for trusty neighbourhood wine bars.

Staff work the floor with ease, eager to recommend favourites, offer tastes and talk you into ordering snacks. The open kitchen is no larger than a cupboard, but former Lulu La Delizia chef Justin Scarvaci uses the space to the fullest, coaxing big flavours from small plates. Ham and cheese croquettes are lusciously soft-centred, served with dusky Calabrese dipping sauce, while a refreshing take on peperonata makes the most of the season’s last heirloom tomatoes. Come for a glass, but know that it’s likely you’ll stay for a bottle.
2/137 Claremont Crescent, Swanbourne; vinotto.com.au 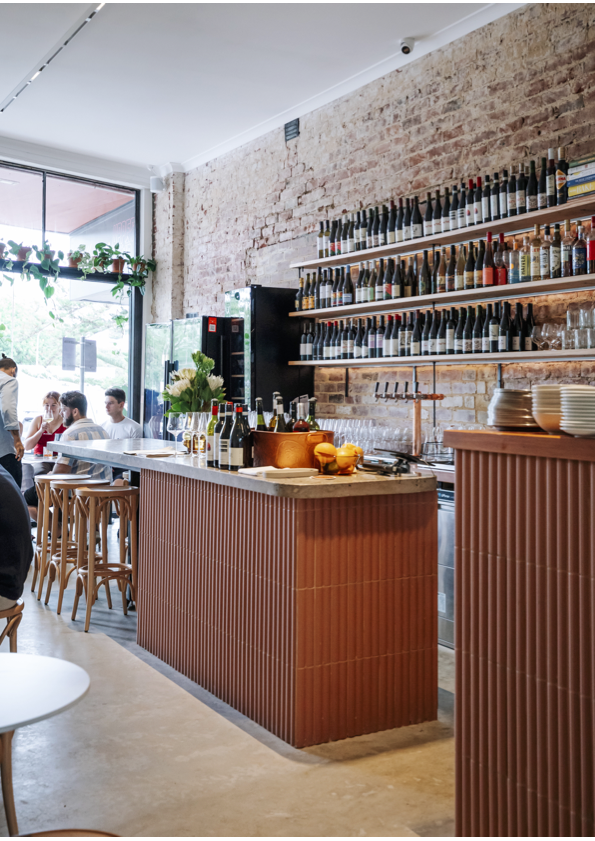 Astral Weeks, Northbridge
It’s dark at Astral Weeks. Very dark. You can barely distinguish the clutter of tables and black bentwood chairs. And the oversized rice-paper pendant shades act more as fashion than function. What sticks out most is a hulking pair of hand-built Line Magnetic speakers and rows of shelves stacked with too many records to count.

Come Friday, a member of staff might be mixing an eclectic list of jazz, soul, disco and reggae while groups of mates pile in for Swan Draught on tap and approachable natural wines.

This is a listening bar above all, the sort readily found in Japan and, increasingly, the likes of London or LA. On a misty Tuesday evening, you may well have the joint to yourself – perfect for nursing mildly sweet junmai sake while the bass on a Kamasi Washington LP knocks your socks off. Come Friday, a member of staff might be mixing an eclectic list of jazz, soul, disco and reggae while groups of mates pile in for Swan Draught on tap and approachable natural wines.

Writing it off as a gimmick reserved for the cool kids would be tempting were it not for the all-are-welcome energy and genuinely diverse crowd that forms as a result. Sure, snacks and drinks may be limited, but you’ve got what you need for good times. And moreover, you’ve got a bar unlike any other around, shaking up the scene in a clean, comfortable and understatedly cool way.
Shop 12, 66 Roe Street, Northbridge; astral-weeks.com.au 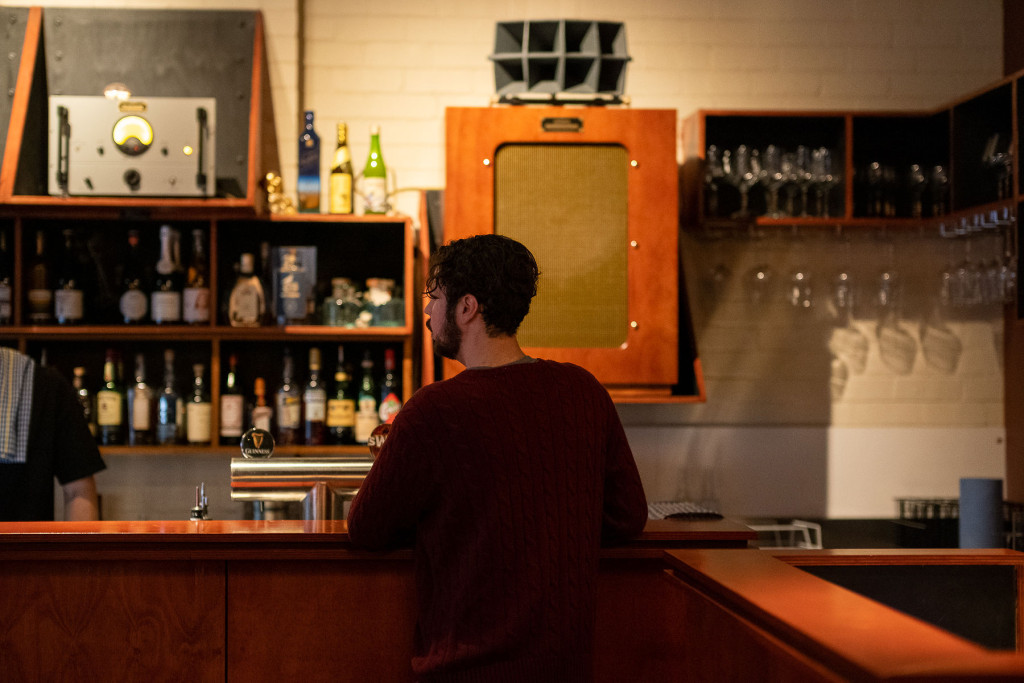 Terrarium, Perth
A newcomer to Perth’s small-bar scene, Terrarium proves that bigger is not necessarily better. Unassumingly tucked away in the heart of the Perth CBD on Howard Street, this latest offer from David “Xander” Stucken (formerly of Long Chim, Bar Lafayette, The Ritz & Alfred’s) raises the stakes in the cocktail and spirits scene, with a comprehensive and detailed list built out over a decade.

Terrarium’s bartenders aren’t afraid of a challenge – a brief for a zesty and “just sweet enough” Whisky Sour is met with an uplifting and balanced iteration.

If it’s cocktails, sticking to the menu (and a Strawberry Field that gives a Negroni a whack of berry flavour) is a safe bet, but Terrarium’s bartenders aren’t afraid of a challenge – a brief for a zesty and “just sweet enough” Whisky Sour, built from Terrarium’s extensive whisky offer is met with an uplifting and balanced iteration.

Then there’s the tiny-but-mighty bar snacks list rolled out with gusto by a small kitchen team; pumpkin and goat’s cheese on local Mary Street Bakery sourdough sounds simple but hits hard in the flavour stakes.

A minimal, sleek modern fit-out of black chrome and timber is softened with tropical plants and hues of green along the tiled bar, a fitting nod to Terrarium’s namesake. Venture out to the open-air roof terrace to soak up the atmosphere, but for some serious showstopping bartending, a seat at the bar is where you want to be.
99 St Georges Terrace (enter via Howard Street), Perth; terrariumperth.com