Cultivated in the Southern Ocean at Albany, Akoya are an ingredient that in the past year have taken Western Australian menus by storm. Contributing editor Max Brearley finds that they’re much more than just another oyster.

The starting point for many, when looking at Akoya, is to compare them to a rock oyster. But the Akoya is far from your usual farmed oyster, says Justin Welsh, General Manager of Aquaculture at Leeuwin Coast, which started farming Akoya oysters commercially last year.

Akoya are in fact closer to the pearl oyster, Pinctada maxima – “the big, beautiful pearls you get up in Broome,” says Welsh. The difference from rock oysters is clear, too, when you peek inside their small, flinty shells and see the brilliant pearlescence on the inside. But aesthetics isn’t the only area where they diverge.

With rock oysters “you put spat [shellfish spawn] in baskets and they sit in fairly shallow water and they’re intertidal,” says Welsh. “Oysters really like estuaries – it’s where you get that nice earthy flavour from and they take on the quality, the flavour profiles of their estuary.”

“Akoya are completely different,” says Welsh. “They need absolutely pristine, clear blue water out in the middle of the ocean to grow. They cannot survive in those estuarine environments; a reason you get such a crisp flavour from the Akoya is they have none of that umami earth tone to them.” 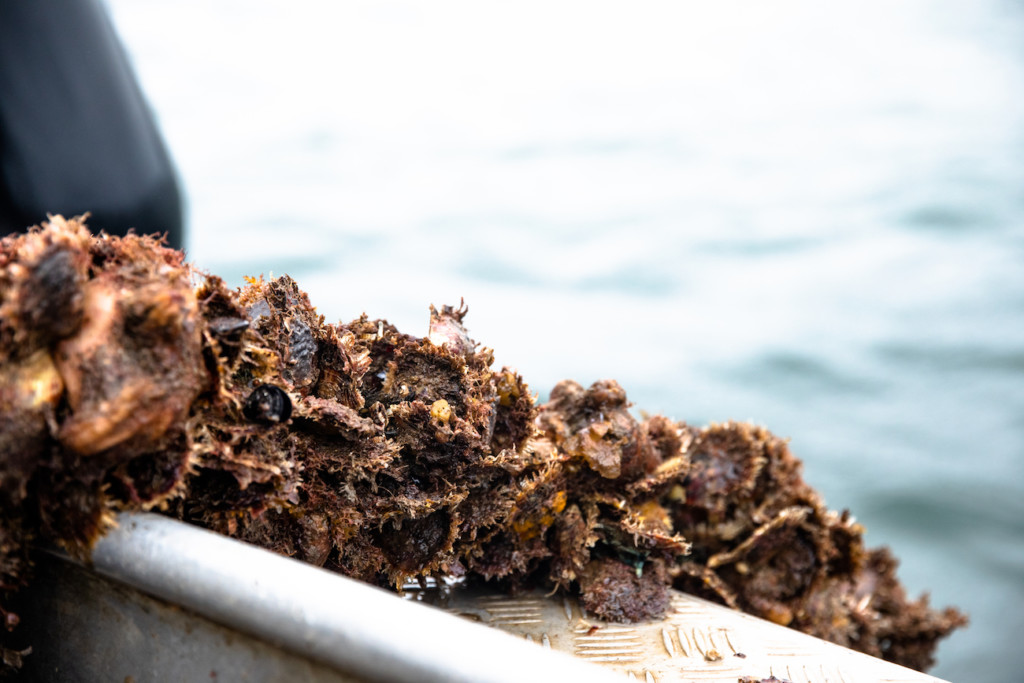 Welsh credits the oceanic conditions – “massive waves crashing over the farm” – saying it’s an environment in which Akoya thrive. “Where rock oysters come in and out of the water, Akoya are not an animal that’s biologically designed to come out of the water. They need to stay under their whole lives. So they live in quite deep water, normally never seeing the surface.”

And while rock oysters have seasons dependent on the water temperature, Akoya don’t, says Welsh. “Their environment isn’t cyclical. They are always in condition, so you always get a really nice, creamy finish and then that salty crispness of the ocean.”

“One reason you get such a crisp flavour from the Akoya is they have none of that umami earth tone to them.”

Local chefs, meanwhile, have taken to a new ingredient that gives them another premium seafood choice to play with. “Are you familiar with this particular oyster?” is a question Santiago Fernandez of Voyager Estate, and his team, ask diners. Fernandez says he is aware that some diners dislike oysters, whether from past experience or just perception, so they explain the story of the Akoya, its production and how they use it, applying a little heat rather than just presenting it raw. “And now it’s one of the items that people like the most,” he says. “Even those who say they don’t like oysters.”

“I played with it for a few days,” says Cooee head chef Steven Finch. “I tried it raw, tried to quick-cook it, boil it. I tried lots and lots of different things but for me tempura was one of the best preparations. Last week I braised it for an hour. I thought of abalone when I was doing it. I like that preparation, as it’s a bit different to what everyone else is doing with it.” 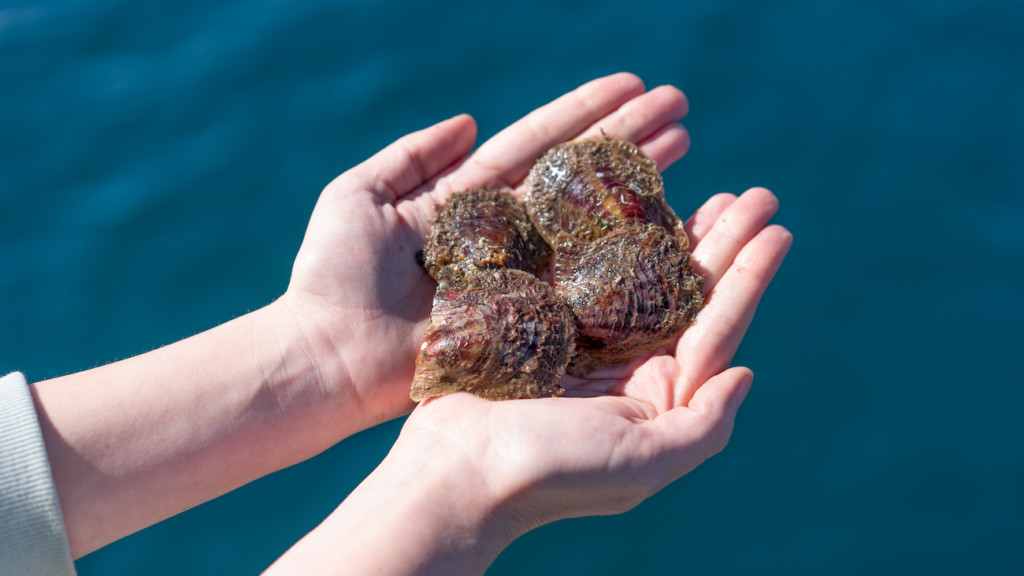 Back at Voyager Estate, Santiago Fernandez and his team have come up with what Fernandez proudly calls the Black Pearl. “We shuck the Akoya and we make a sofrito with tomato and onions, a little bit of garlic and white wine. We cook it for a long time and then we add the Akoya and freeze it in moulds. In service we encase it with ningyo-yaki dough, use squid ink, then deep-fry.”

Served alongside an assortment of shells, beach herbs and pebbles diners may be forgiven a tentative prod before tasting the Black Pearl, but the proof is in the eating: “crunchy outside, I get a bit of the tomato acidity and then this sweetness and the touch of the Akoya,” says Fernandez.

One dish among many, we’re sure to see a wave of Akoya on menus from Albany to the eastern states as more chefs take to this unique oyster’s own unique charms.